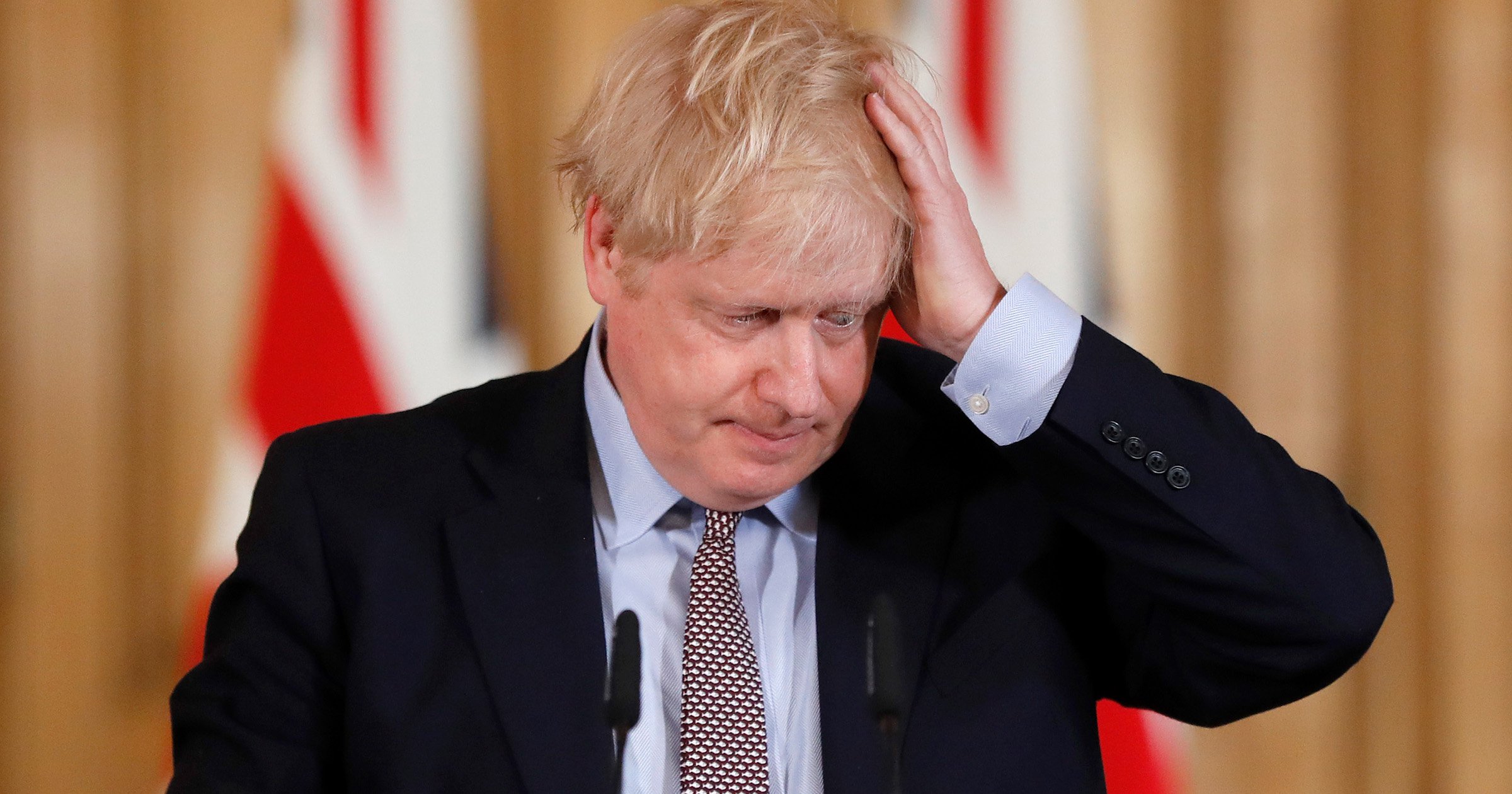 ‘Humiliated’ Tories have warned Boris Johnson’s position may be ‘utterly untenable’ in the wake of the ‘bring your own booze party’ allegations.

The prime minister has spent the day lying low after being accused of going to a party of 40 in the Downing Street garden during the first lockdown.

A leaked email from his Principal Private Secretary Martin Reynolds seemingly invited 100 staff members to the event on May 20, 2020, telling them to ‘make the most of the lovely weather’.

It’s certainly not just politicians questioning Mr Johnson’s role, with a new poll finding 66% of UK adults believe it’s time for him to step down.

Naming the accusations ‘disastrous’ for the party, he told the BBC the PM needs to ‘sort it out or step aside’.

In the most significant Conservative criticism so far, Scottish Conservative leader Douglas Ross said tonight Mr Johnson should resign if he is found to have misled Parliament.

Speaking at Holyrood, Mr Ross admitted he was ‘furious’ as the Tory leader still fails to deny attending the event

He said: ‘I’m angry. I think that reflects what people across Scotland and the UK are feeling right now.’

Saying he supported Sue Gray’s inquiry into the allegations, Mr Ross continued: ‘Nothing would undermine what Sue Gray is trying to do, for the Prime Minister to come out and answer a very simple question. Was he at the party or not?

‘That wouldn’t undermine her investigation or her inquiry but it would let the public know, one way or another.’

‘A statement from the Prime Minister needed to happen last night. This email was publicly available yesterday evening. We’ve had all day today.’

Asked if he thought Mr Johnson had misled parliament, Mr Ross said: ‘I think we’ve got to wait and see what his answer is.

‘But I’m in no doubt that any member – whether the Prime Minister or otherwise – who deliberately misleads parliament cannot continue. They would have to resign and I’ve said that before now.’

Nigel Mills, Tory MP for Amber Valley in Derbyshire, has also cautioned that the latest revelations may be ‘unsurvivable’ for Mr Johnson.

He told BBC News: ‘If anybody went there in any kind of senior capacity who thought they were right to attend the party while they were announcing on TV the same night the rules that you couldn’t have parties, anyone who willingly attended that can’t possibly have a position of setting Covid policy. It is utterly untenable, we have seen people resign for far less than that.

‘If the Prime Minister knowingly attended a party I can’t see how he can survive having accepted resignations for far less.

‘He accepted the resignation of his spokesperson (Allegra Stratton) for not attending party but joking about it at a time of much lighter restrictions. I just think that’s untenable.’

He added: ‘I don’t think we need an inquiry to work out whether the Prime Minister was there. He knows whether he was there or not.

‘Just come out and say what happened. If he was there he better try a hugely fulsome apology and see if the country will buy it but I’m not sure they will.’

Meanwhile, Tory MP Johnny Mercer apologised to a furious constituent for the party on Twitter this afternoon.

His remarks came after Dr Kevin Hambridge asked: ‘Any comments for the people of Plymouth you represent about the party at No 10 whilst I was missing my Dads 80th birthday and my wife was working 60 hours a week in a hospital?’

Mr Mercer replied: ‘I’m sorry. It’s humiliating, and does not reflect the majority of my colleagues who *at least try* and lead by example.

‘Thank you for your sacrifice and your wife’s work. I will always represent you above all else.’

It comes as hundreds of other furious Brits share heartbreaking stories of having to bury loved ones on the same day of the alleged party.

The Metropolitan Police have confirmed they are in contact with the Cabinet Office following reports of the event, although officers have declined to investigate past government social gatherings.