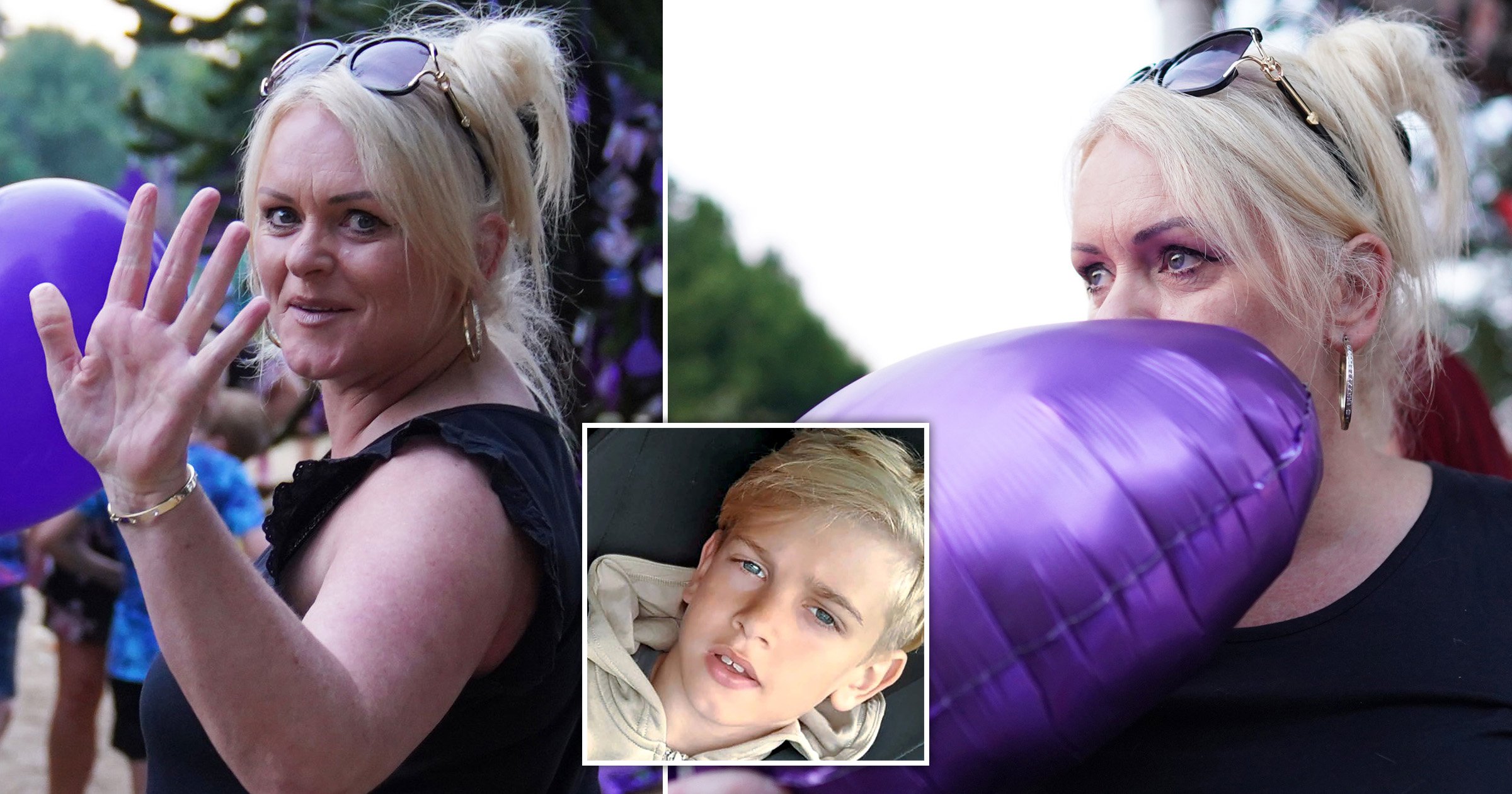 Hundreds of people have gathered to remember Archie Battersbee, 12, who died after being taken off life support, despite his parents’ pleas to continue it.

Purple balloons with ‘forever in our hearts’ were released into the sky on Sunday to honour the ‘beautiful little boy’.

A purple flare was lit as a mark of respect as crowds gathered in Priory Park, in Archie’s hometown of Southend, Essex.

Cards with the message ‘a mother’s love’, and pictures of the schoolboy and his mother, Hollie Dance, were seen hanging from a pine tree.

Archie suffered ‘catastrophic’ brain damage after being found unconscious at his home on April 7.

Doctors said he was ‘brain-stem dead’ and should be disconnected from his ventilator.

But his parents said their boy was ‘still there and just needed more time’.

Following a lengthy battle, they eventually exhausted all legal avenues to keep him on life support and he died on August 6.

In a speech to mourners, his mum Hollie Dance vowed to continue her fight to change the law.

Thanking attendees for their support, she said: ‘Thank you so, so much for supporting us while we were in that awful place.

‘I hope you all stand by me in trying to change this law, Archie’s army, so that no more of our children and their parents go through this.’

The grieving mother later said that the last few months ‘have been really hard’ for her.

‘It was a fight for my little boy’s life’, she said. ‘If I had to go back and do it again I would fight equally as hard.

‘I will continue this fight. I have got no intention of giving up.

‘Archie wouldn’t want me to give up, he would definitely want me to continue. Things have got to change.’

She added that Archie’s previously expressed beliefs should have been taken into consideration during her lengthy court battle to save him.

‘Archie’s beliefs and Archie’s religion, what Archie would have wanted, just wasn’t taken into account – it was just brushed under the carpet’, she said.