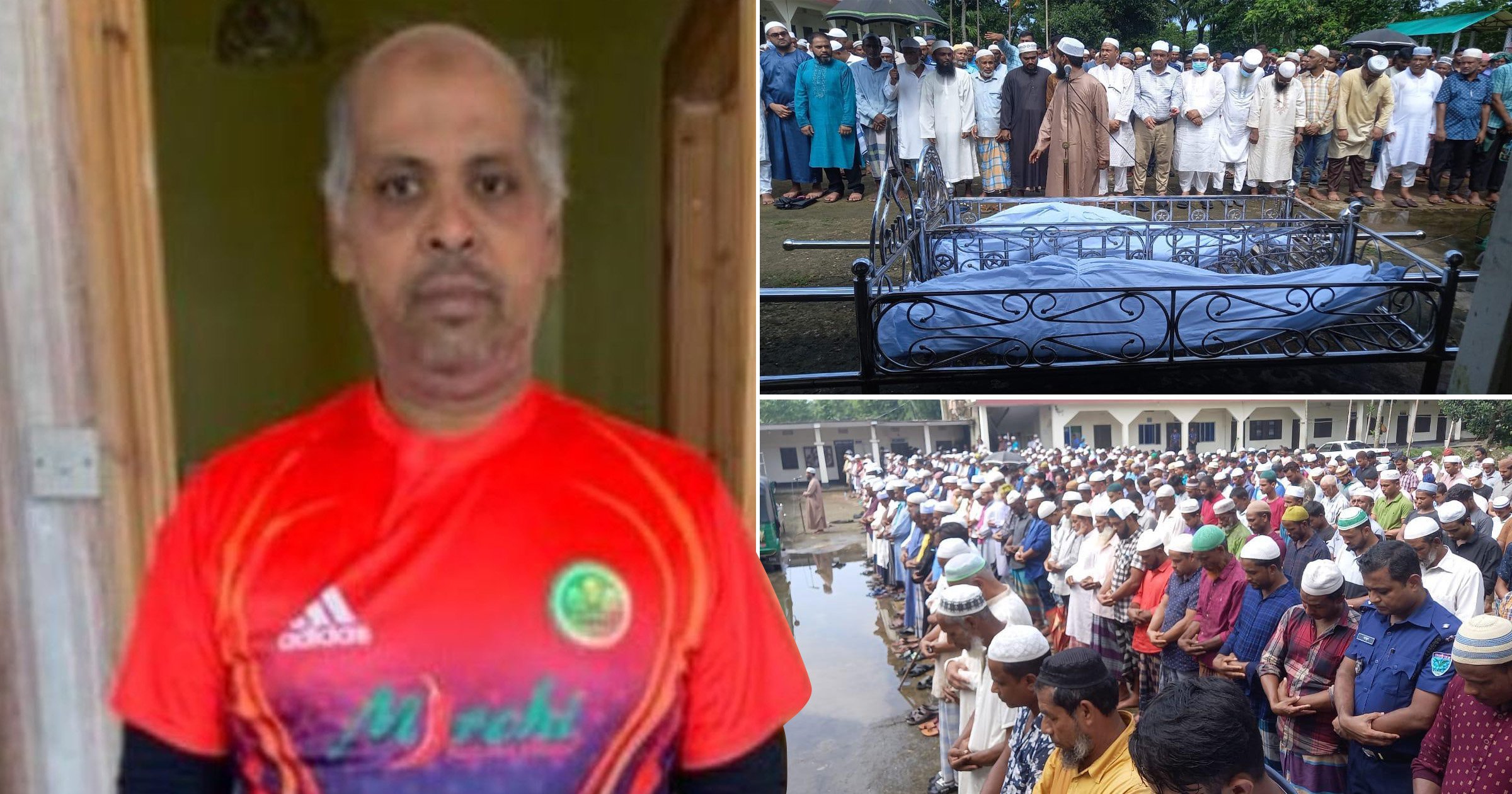 Hundreds of mourners have gathered for the funeral of a British taxi driver and his son who died in Bangladesh following a suspected poisoning.

Rafiqul Islam, 51, and 16-year-old Mahiqul were found unconscious with other members of the family in a flat on Tuesday, and died on the way to hospital.

Police officers broke into the apartment in the morning when relatives raised the alarm after the family did not wake.

Bangladesh Police said they believe the family could have been poisoned and launched an investigation.

The streets of Mr Islam’s home village in Sylhet, in the east of the country, were lined with people on Thursday afternoon during the service.

Mr Islam’s mother, Zarina Jobbar, and his brothers and sister attended, having flown out to the country after news of the incident reached them.

His wife, Husnara, 45, and their two children, 20-year-old Samira and 24-year-old Sadiqul, remain in hospital.

Sadiqul is said to be beginning to recover but Samira remains in a critical condition, according to friends of the family.

Chair of Cardiff Bangladesh Society Salam Abdul said: ‘We are deeply saddened with the news of Rafiqul Islam and his son.

‘May Allah grant them Jannah, and help the other family members who are fighting for their lives and who are in critical care.’

He added: ‘This has shaken the community here in Cardiff. Mr Islam was a lovely, delightful man who was a hard-working family man.’

Mr Abdul and others have described Mr Islam as a ‘generous person’ who was ‘always smiling and happy’.

Muhibur Islam, from Jalalia Mosque and Islamic education centre, described Mr Islam as ‘a well-loved and well respected member of the community’.

He said: ‘This is such an awful tragedy and we’re in utter disbelief.’

A Foreign, Commonwealth and Development Office spokesperson said: ‘We are providing consular assistance to a British family following an incident in Bangladesh and are in contact with the local authorities.’