Paramedics confirmed that they cared for 435 people along the queue route, which has been as long as five miles – running from Southwark Park in south-east London to the Hall.

The ambulance service confirmed the casualties happened up until midnight on Thursday, September 15.

Of the 435 people attended to by paramedics, 42 of those were taken to hospital.

It comes as the queue grew to over 25 hours on Saturday night, the Department for Digital, Culture, Media and Sport’s (DCMS) online tracker confirmed.

London Ambulance Service confirmed that the majority of incidents were for faints and collapses, which resulted in head injuries. 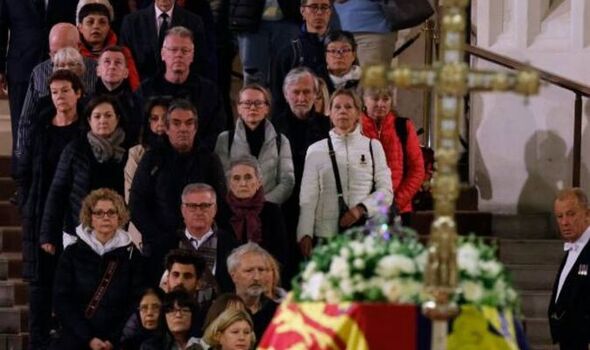 LAS director for ambulance operations, Darren Farmer, said: “I know our staff and volunteers feel the same pride and honour in being able to serve Her Majesty – and care for Londoners – as we mark her Lying in State and funeral.

“Over the next few days, we will have about 120 extra staff deployed across our 999 control rooms and on the road, which will rise to 300 extra staff on duty on the day of the funeral.”

St John’s Ambulance has over 2,000 volunteers to assist anyone feeling unwell over the course of the week.

The service confirmed that they had cared for over 200 people on Wednesday. 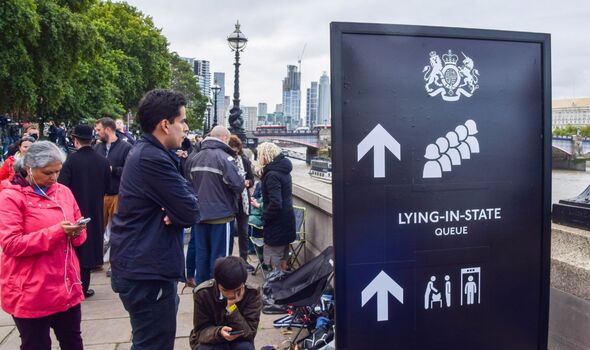 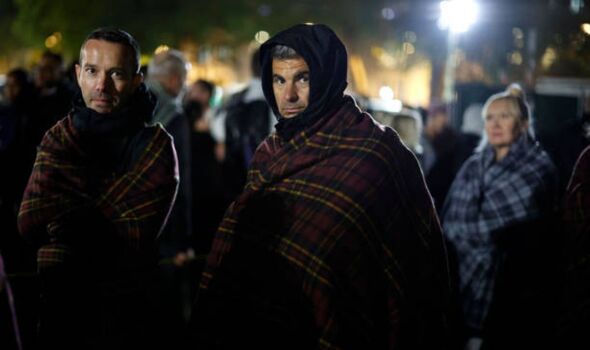 The volunteers advised those hoping to queue to wear comfortable shoes, and clothes, and stay hydrated and bring snacks.

They warned mourners to prepare for all weather conditions and cool temperatures.

It’s estimated that 1,000 support staff from trained paramedics to volunteers from charities are helping to assist those testing their physical endurance over the lengthy queue.

In the early hours of Saturday morning, the public were told not to travel to join the queue after the government said it was “near total capacity”. 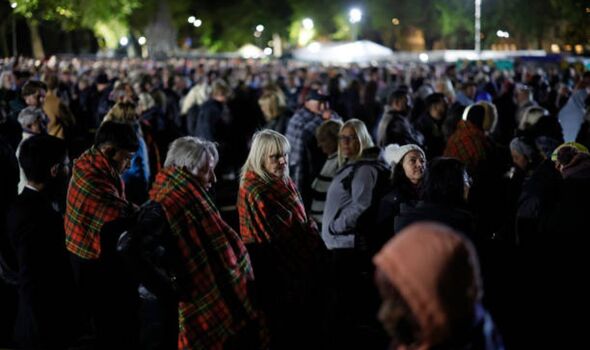 On Saturday morning, officials said people should check for updates on wait times.

For those already in the queue, the estimated wait time is at least 24 hours.

Those queuing are being warned they will need to stand for many hours with little opportunity to sit down, as the queue is constantly moving.

The Queen’s coffin will lie in state for 24 hours a day until 6:30am on Monday – the day of her state funeral.