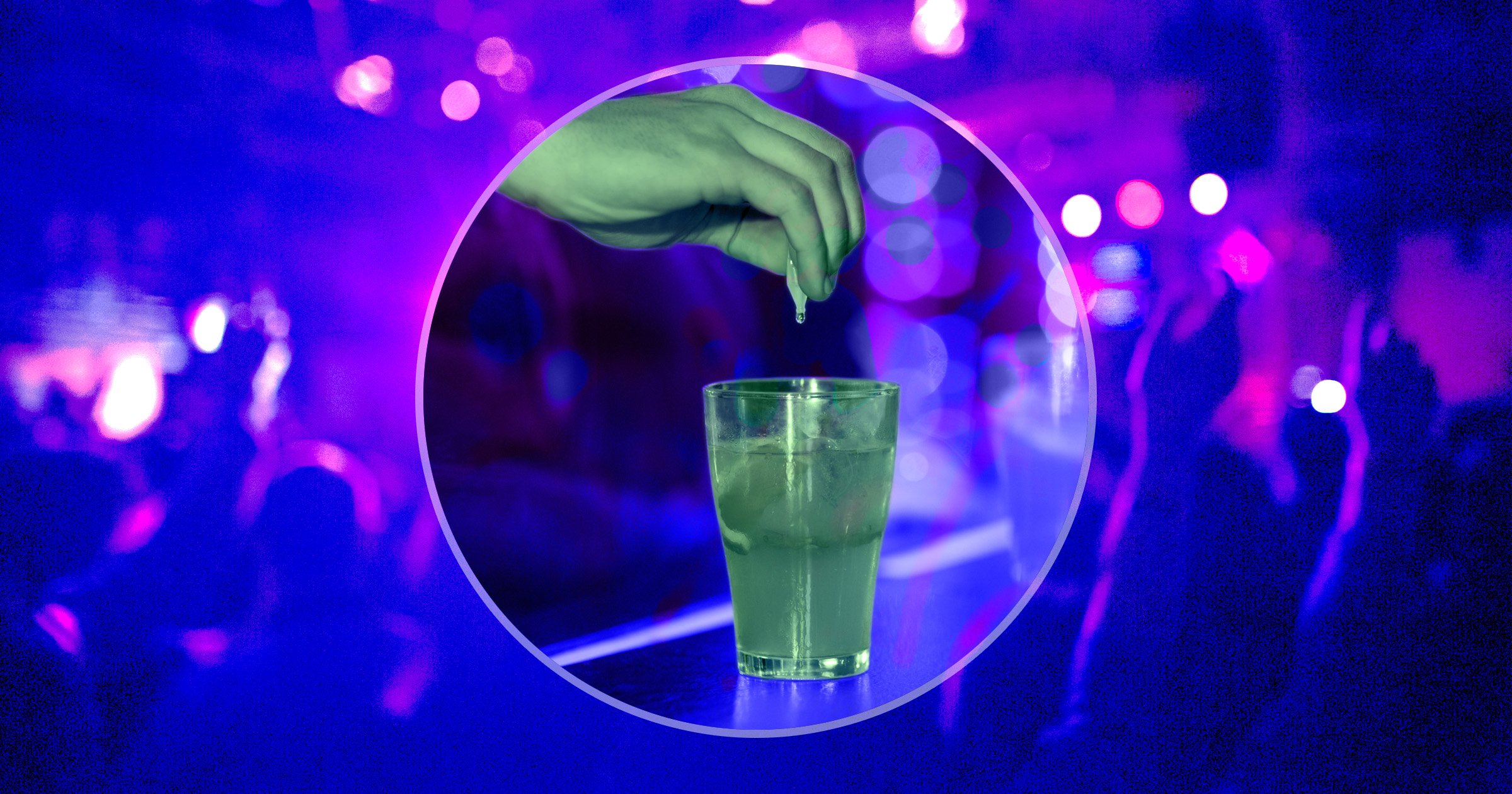 Hundreds of drink and injection spiking incidents have been reported to police forces across the UK over the past two months.

The National Police Chiefs’ Council (NPCC) revealed there have been around 140 confirmed reports across September and October of drink spiking, and 24 reports of some form of injection.

It said the ‘concerning number’ included both men and women – though the majority of cases featured young women.

The NPCC said several reports have been identified in England, Scotland and Wales in the past couple of days.

The organisation’s lead for drugs, Deputy Chief Constable Jason Harwin, said: ‘There are both male and female victims, though the majority have been young women. Alleged offences have taken place at licensed premises and private parties.’

He added: ‘Clearly these reports are very concerning. We are working at pace with forces, law enforcement agencies such as the NCA and other partners including the Home Office and universities to understand the scale of offending, establish any links between the allegations and ultimately bring any identified offenders to justice.

‘Ahead of the weekend, and looking further to the Halloween weekend, please be assured that forces are working closer than ever before with pubs and clubs to help tackle the issue and encouraging premises to increase searches at entry points to the venues. Police are also working with venues to make sure all staff are alert to the issue and to advise them of what to do if they see signs of spiking.

‘We would encourage anyone who believes they have been a victim or witness to spiking, in any form, to contact their local police force. Any reports of spiking will be investigated and taken seriously.’

How to stay safe from spiking on a night out

Talk to Frank has issued a number of ways people can identify what spiking is and how to stay safe on a night out:

– What does spiking mean?

To spike a drink means to put alcohol or drugs into someone’s drink without their knowledge or permission.

The aim may be to incapacitate someone enough to rob or sexually assault them – although sometimes it is done as a joke, albeit a ‘dangerous’ one.

However, there is also the threat of people being spiked by needles and syringes containing drugs.

The Talk to Frank website says: ‘Although this is much less likely than drink spiking, many of the same tips for staying safe can protect you here too.

‘Spiking is a criminal offence and venues should take steps to ensure they are safe places to be, but you still need to protect yourself, particularly if you feel unsafe.’

– How can you stay safe?

Talk to Frank has revealed a number of ways people can stay safe from spiking in bars and nightclubs, starting by planning out the night ahead.

It advises people to ensure they are visiting a licensed venue with friends and remaining aware of what is around them.

People are also urged to be careful of who they leave a venue with and ensure their mobile phone has enough charge.

– How can you avoid spiking?

Advice includes a person buying their own drink and watching as it is poured, not accepting drinks from strangers and never leaving their glass unattended.

People should also avoiding drinking or tasting another person’s drink and throw the drink away if it tastes odd.

– What should you do if you are spiked?

Talk to Frank’s website says: ‘If you start to feel strange, sick or drunk when know that you couldn’t be drunk, seek help from a trusted friend or the venue management.

‘If you think you have been spiked, get a close friend to get you out of the place as soon as possible and take you home or to hospital (if seriously unwell). Or ring a friend, relative or partner and ask them to come and pick you up.

‘If you feel unsafe, vulnerable or threatened you can ask for help by approaching venue staff and asking them for “Angela”. This code-phrase indicates to staff that you need help and a trained member of staff will then support and assist you.

‘Once you are safely home ask someone to stay with you until the effects of the drug have worn off, which could be several hours.’

People are advised to ensure they can trust the person they are asking for help, and never hesitate calling for medical help if needed.

It comes as two men have been arrested on suspicion of conspiring to administer poison in connection with a spate of reported drink-spiking incidents involving needles in Nottingham.

Nottinghamshire Police said the men, aged 18 and 19, were arrested after receiving information from a member of the public on Wednesday, following a general appeal for help from a senior officer.

The force said both had been arrested ‘on suspicion of conspiracy to administer poison with intent to injure, annoy or aggrieve’, and they remain in police custody.

The arrests are not being linked to any specific allegation of spiking by a needle, or contamination of a drink.

Both men have since been released under investigation, the force said in an update.

Nottinghamshire Police said it will deploy extra officers to ensure people can enjoy a ‘safe night out’.

Superintendent Kathryn Craner, said: ‘I have been speaking all week about our plans for the weekend and I now want to reassure people that they are all in place.

‘There will be more officers patrolling the streets over this weekend and future weekends including Halloween to continue to keep people safe.’

Elsewhere, Lincolnshire Police said it had arrested a 35-year-old man at 3am on Friday in connection with an attempted drink-spiking at a nightclub in Lincoln.

The suspected offence ‘doesn’t involve a needle’, the force said.

Welcoming the arrest, Lincolnshire’s police and crime commissioner Marc Jones said: ‘We cannot accept people being unsafe when they go out with friends for a drink.

‘This arrest should send a huge signal to those would-be criminals who look to prey on our community in this despicable way.’