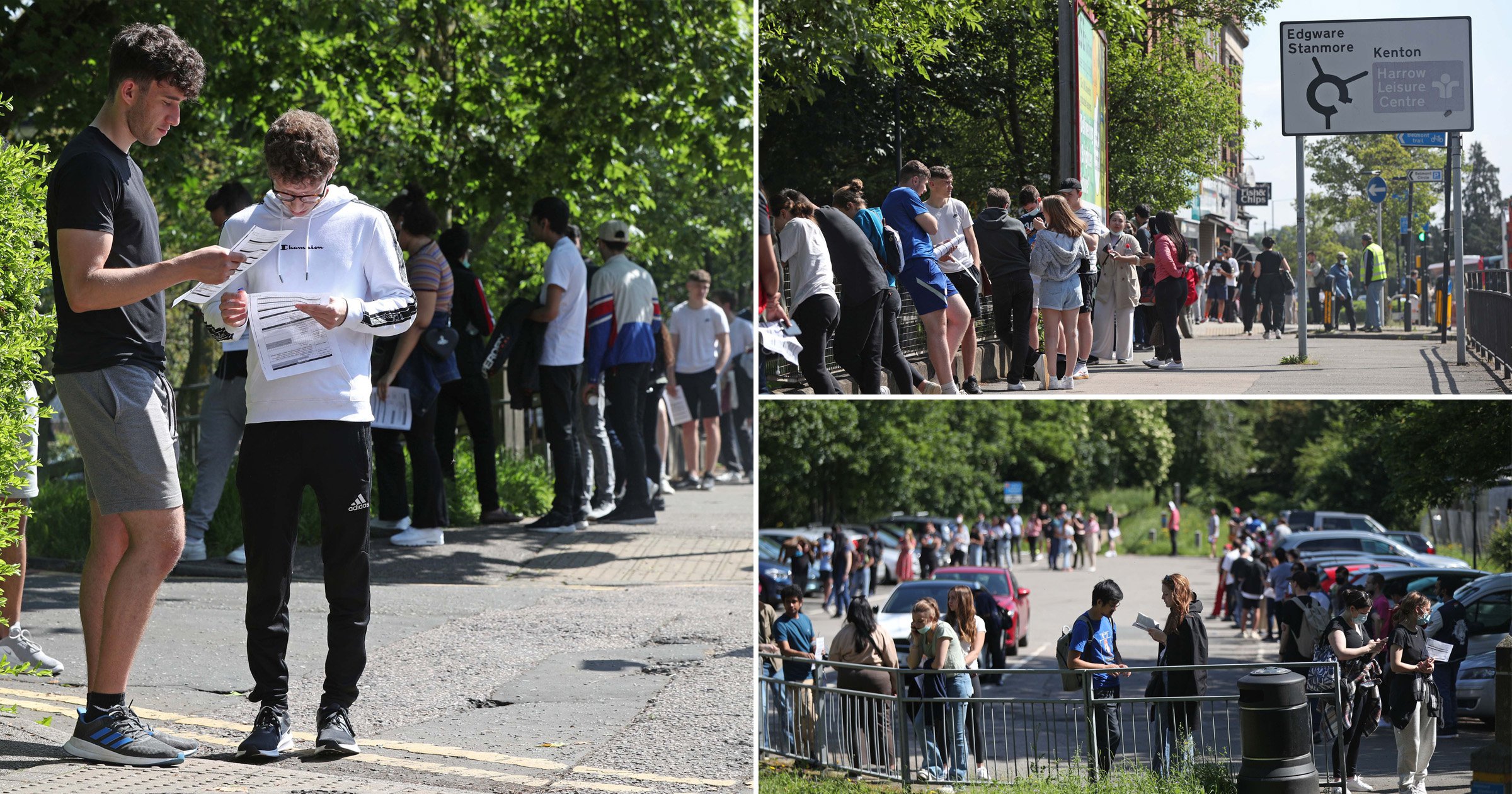 Young people desperate to get back to clubbing and travel are queuing in their droves for a Covid vaccine in London.

A health centre in Harrow has put out a call to locals aged over 18 to get down and get jabbed today – and it looks like they don’t need much convincing.

A long line of people snaked toward the Belmont Health Centre in Stanmore to roll up their sleeves for the Pfizer vaccine.

Only over-30s can book a vaccine appointment through the NHS at present but local health officials decided to open it up to all adults in a bid to boost take-up in Harrow. Anyone who lives or works in Harrow can get jabbed.

Although local leaders are understood to be prioritising reaching people over 30 who are yet to attend an appointment, posters make it clear younger adults can also attend.

By mid-morning, a queue full of people in their 20s and younger was in place ahead of the planned June 21 reopening.

Among them were 20-year-old students Jamie Lesser and Daniel Simmons who arrived at around 8.15am in preparation for a ‘wild’ week of clubbing.

Mr Lesser said: ‘If all plans go ahead, clubs are going to open in three weeks’ time and we both have plans to go out.’

He said he plans to party for ‘about five days in a row’ if nightclubs open in a move that will ‘make up for the last year and a half’.

The pair got down early to avoid queues after hearing about the opportunity through friends but found a big crowd was already waiting.

Mr Simmons said as soon as he saw the chance to get the jab, he wanted to ‘jump on it’, adding: ‘I want to get it as soon as possible really.’

Further back in the long queue, Konstantin Germer, 27, said he was there so he could ‘travel in the summer’.

Marketing executive Olga Milevska, also 27, said: ‘If we can get vaccination a little bit sooner and be protected and protect other people, why not?’

There were similar scenes at Twickenham Stadium last Monday when officials opened vaccinations up to younger people to use up excess vaccines and tackle the spread of a new variant.

Bori Toth, 24, and Mirek Blachut, 22, were among those turned away from the stadium amid unprecedented demand.

Mr Blachut said: ‘That’s why I guess we came here at 8.30am when it was supposed to open but there was already a line.’

He said there were a couple of hundred people ahead of them in the queue when they got there, adding: ‘I think a lot of people are trying to do the walk-in and trying to get excess vaccines, or finding these mass vaccine days.

‘And so I guess there’s a little a bit of sharing information about the opportunities. I think it’s good because none of it goes to waste.’

The Royal College of General Practitioners (RCGP) has said that in some areas, GPs have vaccinated all those eligible and so are moving to the next cohort.

Dr Steve Mowle, spokesman and a GP in south London, said: ‘At some sites, it is likely GPs have finished vaccinating all eligible patients including those aged 30 and over and are now moving on to the next age cohort.

‘This only shows how successful the Covid vaccination programme has been so far, and the incredible and pivotal work of GPs and teams in delivering the programme so efficiently.’