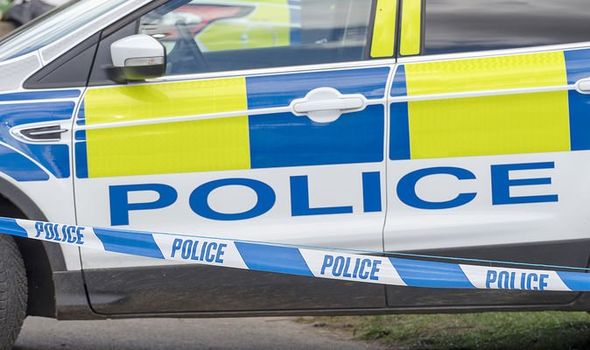 Police were called just before 7pm on Friday to reports of a shooting in Upton Lane, Forest Gate, east London. A Met Police spokesman said: “A number of suspects fired shots into a barber’s shop injuring three males, and moments later stabbed one of the victims.

“Officers attended and administered first aid prior to the arrival of London Ambulance Service, who took all three males to hospital.

“The 22-year-old man who had sustained both gunshot and stab injuries remains in hospital in a critical condition. The two other victims also remain in hospital.”

They are a 19-year-old man and a 17-year-old youth; neither of whom is in a life-threatening condition.

A car that was believed to have been used by the suspects, a black Audi A7, was abandoned in Devenay Road, E15. Crime scenes remain in place both in Upton Lane and Devenay Road and forensic work is ongoing.

DS Mat Freeman said: “The use of a firearm last night in a crowded part of Newham was callous and reckless. I am determined to find those responsible and bring them to justice.

“I am appealing for information from members of the public and for any witnesses who have yet to speak with police to come forward.

“It is possible that members of the public may have captured footage of the incident or of those involved on phones or dashcam, and I ask anyone with material such as this to get in touch.

“The suspects made off in a black Audi A7 which was found abandoned. I need to hear from anyone who saw a group behaving suspiciously with this vehicle or recalls seeing an unfamiliar black Audi A7 parked in the area.”

At this early stage of the investigation, there have been no arrests.

To prevent further violence in the area a Section 60 has been authorised for the borough of Newham.

This applies until 3pm on Saturday and gives officers additional stop and search powers.

Anyone with information about what happened is asked to call police on 101 quoting CAD 6941/08Sep. To remain anonymous contact Crimestoppers on 0800 555 111.

The shooting came a day after a Met Police Operation Viper team, found a loaded Skorpion sub-machine gun containing half a magazine of live ammunition, hidden in an abandoned car.

Officers attended Sackville Estate in Lambeth, south London, on Thursday to conduct searches and patrols in the area, where a number of vehicles were identified as having been abandoned.

The spokesman said: “They forced entry into one vehicle where they recovered a loaded Skorpion sub-machine gun containing half a magazine of live ammunition, which was concealed beneath the rear passenger seat of the vehicle.

“Officers also recovered a pistol-style revolver found to contain three rounds of ammunition, along with a single live round jammed inside the chamber, which was concealed within the rear pocket of the driver’s seat.”

Both weapons were taken to the lab after initial examination suggested both were viable firearms.

During the search of another vehicle, officers recovered a quantity of live shotgun cartridges found hidden in a sock inside in the vehicle.

Detective Inspector Richard Mullan from the Viper team, said: “ The Viper teams work alongside specialist crime teams to make it harder for criminals to engage in gun crime. This seizure is another great example of our dedication to remove guns from the streets and reduce violence.”

Elsewhere, three men were stabbed during a fight in Norwich city centre in the early hours of Saturday morning.

The attack happened outside a Bar and Beyond branch just before 12.35am.

Armed police were seen in the city after the violence which saw two men taken to Norfolk and Norwich University Hospital to be treated for knife wounds, and the third man treated for injuries at the scene.

Police arrested a man in his late teens in connection with the incident.

Anyone who may have witnessed the incident, or anyone with information, should contact Norfolk Police on 101 quoting incident number 15 of Saturday October 9 2021.