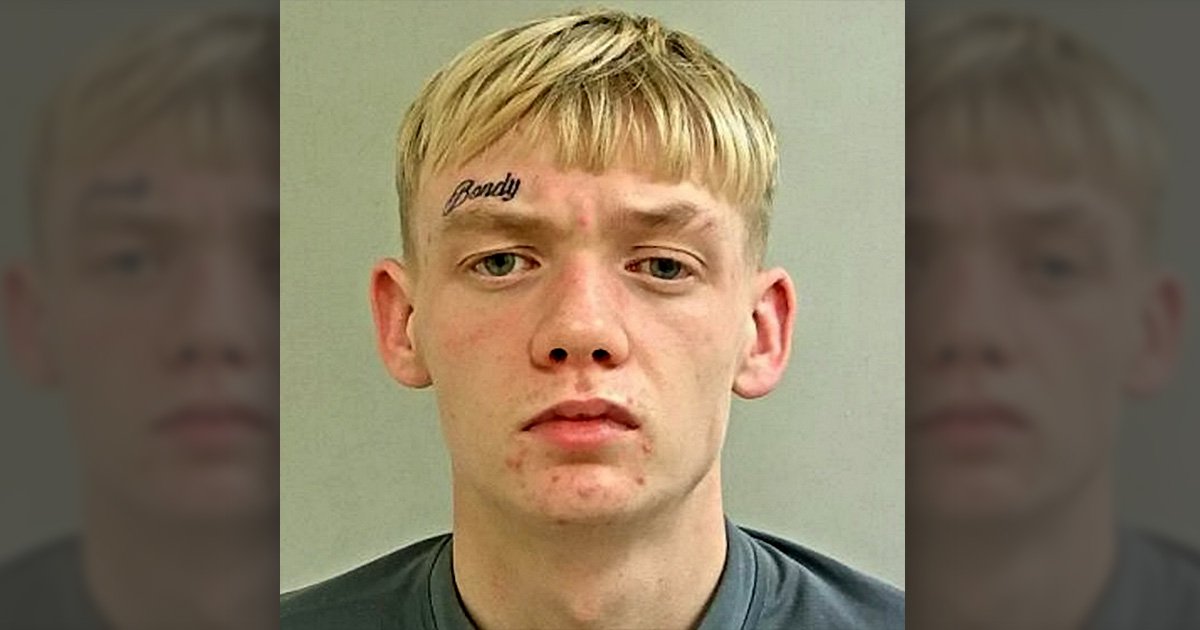 Police have launched a major search for a wanted man – whose forehead may just give the game away.

Kieran Bond, 19, has been on the run for three months since he failed to turn up for court to face charges of making threats with an offensive weapon.

A mugshot was released today of the fugitive.

In it, Bond’s distinctive tattoo – which reads ‘Bondy’ – can be seen clearly above his right eye.

People soon began to mock the British Transport Police (BTP) for being unable to trace the 19-year-old.

One person wrote: ‘Surely they won’t have to look too hard to find him! He has got his name tattooed on his face!’

Another added: ‘Three months and counting to track down a bloke with his name tattooed on his head. Come off it.’

A third put: ‘Deserves arresting just for the tat. Who has there [sic] own name??’

Police had charged Bond, of Stafford, with making threats with an offensive weapon following an incident on a train near Cannock railway station on March 29.

But so far officers have been unable to locate him and admit his whereabouts is ‘currently unknown’.

A BTP spokesperson said: ‘Officers have made extensive attempts to try and locate Bond, 19, but have so far been unable to trace him.

‘His whereabouts is currently unknown, however he has links to West Midlands, Staffordshire, north west England.’

The search for Bond follows a similar situation over in Australia – where the tattoo in question was far larger.

Jaimes Sutton was wanted by police after failing to attend a police hearing.

He was known for his very noticeable face tattoo – which reads BEAST in capital letters.

‘Come on, help us out… does he have any distinguishing features?’ asked a Twitter user named Steve, with another user commenting ‘If they can’t find a bloke looking like this, they should be sacked!’