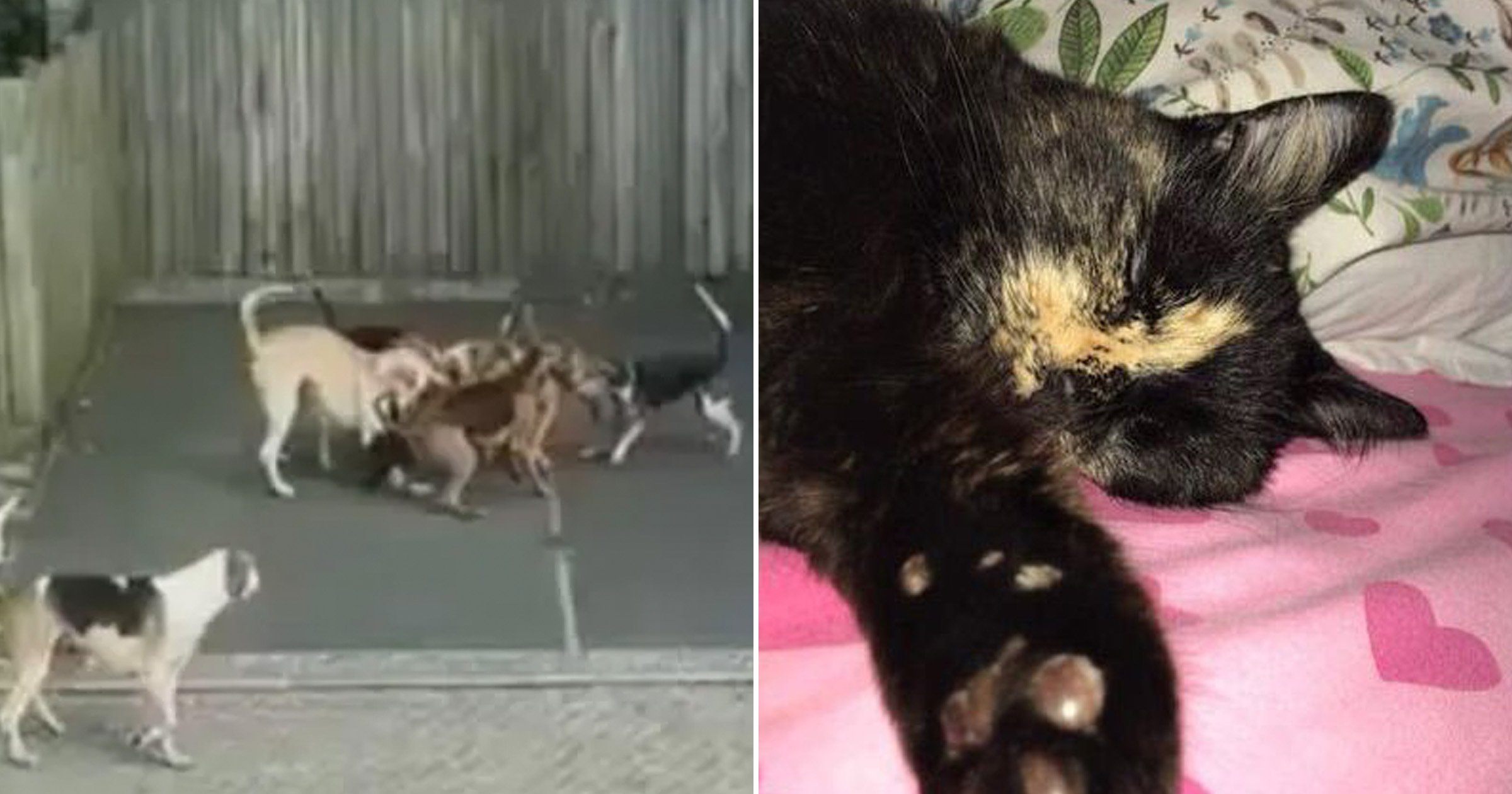 A hunt master has been convicted after a pack of dogs mauled a family’s pet cat to death.

Western Hunt master John Sampson was ordered to pay more than £1,600 having been found guilty of being in charge of at least one dog dangerously out of control.

Mini, a 14-year-old black cat, was savaged by around six hounds on a housing estate in West Cornwall in March this year.

Truro Magistrates’ Court heard the incident was filmed on a mobile phone by a neighbour of the cat’s owner Carly Jose.

The footage shows Sampson’s son Edward hurling the cat’s lifeless body over a fence into a neighbour’s back garden in Trafalgar Fields, Madron, Penzance.

Chris Rendell, prosecuting, told the court Sampson, his son and his son’s girlfriend were on horseback exercising a pack of around 21 dogs in fields close to the estate on March 6.

Around six dogs broke away from the main pack and entered the cul-de-sac where they chased, caught and killed the cat.

Neighbour Charlie Knight filmed the incident on his mobile phone, while another neighbour, Peter Nicholls, spoke to Edward Sampson, a whipper-in.

Mr Nicholls told the court he heard barking and a meow and went outside to see if it was one of his cats.

He said: ‘I was lying on my bed watching TV when I heard an almighty rumble run past like a heard of elephants and I heard a cat meow, so I jumped up and ran into another room.

‘I see some dog tails, so I knew something was wrong.’

Mr Nicholls said he grabbed his walking stick and went outside and saw Edward Sampson, adding: ‘He had a whip in his hand, and I saw the cat fall from the nose of the dog, and he was running and he scooped the body of the cat up off the road and flicked it straight over the hedge into my garden.

‘I grabbed the stick just in case I had to beat the hounds off the cat, or they came at me.’

Asked what happened next, Mr Nicholls said: ‘He whipped the two hounds away and coming past me I said I’d seen what he had done, and he said, “I’m sorry, I’ll be back in a minute”.

‘He then ran off and spoke to Carly next door, apologised to her and said he was sorry and then ran off towards the kennels being pursued by the bloke filming him.’

Mr Knight said he saw a group of hounds chasing the cat, which tried to jump over a fence to get away, before it was mauled by the pack.

He said: ‘A man appeared who picked up the cat, looked around, which I perceived to be him looking for witnesses, then threw the black cat over the wooden fence into the back garden.

‘I saw the man fleeing, so decided to follow him to get a clear shot of his face for the video. He said to me he was coming back once he had sorted out the hounds.’

A post-mortem examination confirmed Mini died as a result of being ‘grabbed and shaken’ by at least one dog with death occurring ‘rapidly’.

Sampson, of St Buryan, Penzance, had denied charges of criminal damage and being the owner or person in charge of a dog dangerously out of control in a private or public place.

He was acquitted of criminal damage but found guilty of the second charge.

In a victim impact statement written after the incident, Ms Jose said the incident had affected her family ‘massively’, leaving them scared to leave their home.

She said: ‘I am absolutely devastated and heartbroken and I cannot imagine the suffering she has gone through.

‘My children are not sleeping at all at night, and they are so upset and terrified of it happening to another one of our pets.’

Presiding justice Brenda Counsell said: ‘There was a large number of dogs and their instinct was to hunt. On deciding our fine we have taken into account the location of the offence – in a quiet residential cul-de-sac – and the number of dogs involved in the attack.

‘We have also taken into account you have no previous convictions, and this was an isolated incident and there have been no previous complaints against these dogs.’

Martin Sims, director of investigations at the League Against Cruel Sports, said: ‘This sickening incident illustrates the havoc fox hunts are having on local communities and domestic animals and wildlife across the UK.

‘Enough is enough. It’s time the Government and landowners acted and consigned the barbaric world of fox hunting to the history books.’