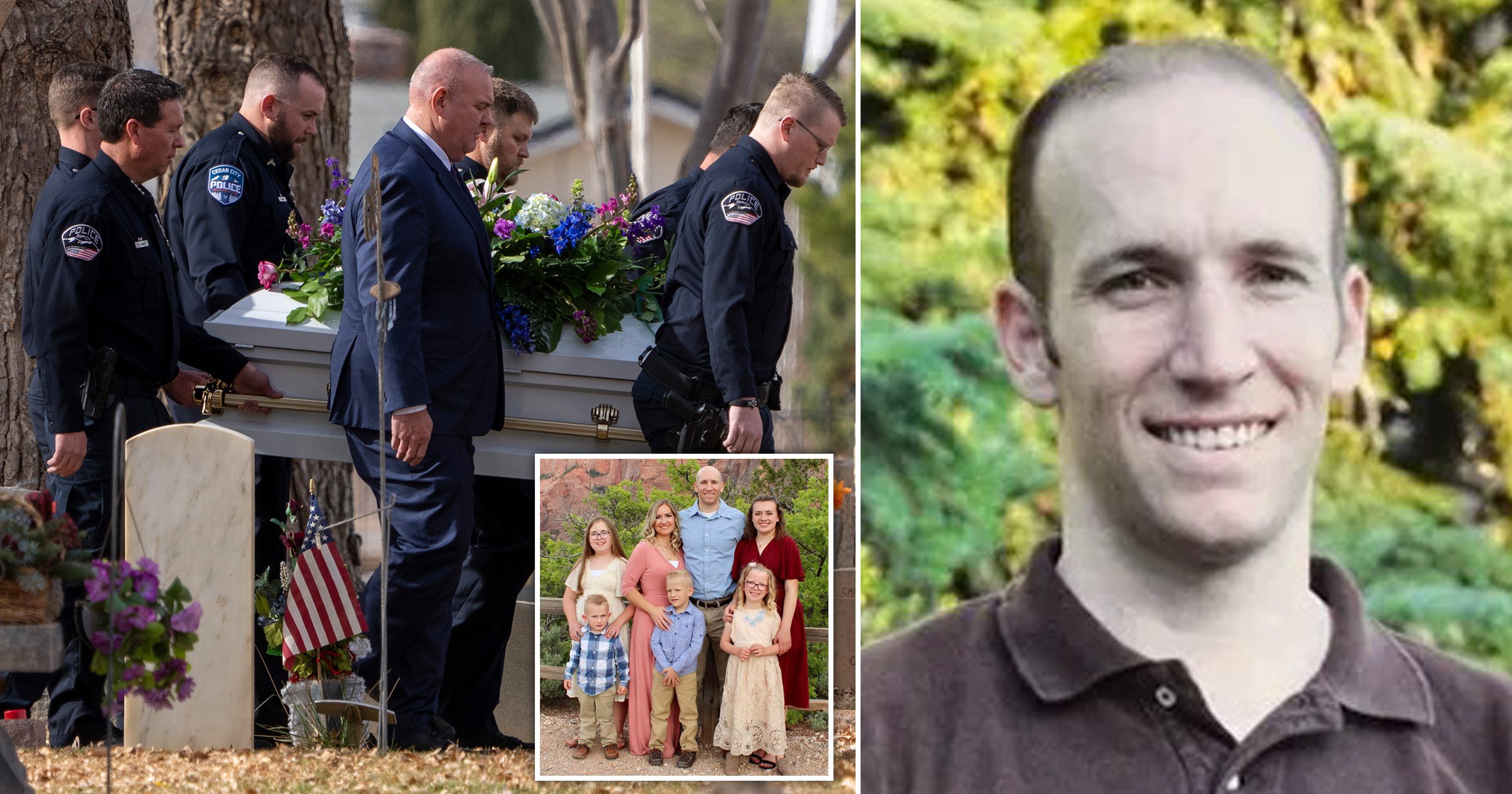 Two years before he shot himself and his family, police investigated the man responsible for the gruesome killings for child abuse, according to court records.

On January 5, police in the small Utah town of Enoch discovered Michael Haight dead alongside his wife, Tausha, his mother-in-law, Gail Earl, and his five children between the ages of 4 and 17.

The massacre happened only two weeks after Tausha filed for divorce.

However, court records reveal that Haight had a history of abusive behavior toward his family.

Prosecutors declined to file charges against Michael Haight after police investigated his home in August, 2020. They were called to the residence after a ‘non-family member’ reported signs of child abuse.

Haight’s eldest daughter, Macie, who was then 14, told investigators that her father began getting violent with her in 2017. The first instance happened in the family’s piano room.

‘Her father became angry at her and grabbed her by the shoulders,’ the police report reads. ‘He shook her and her head banged into the wooden piece along the back of the couch.’

Macie told the officer that she was not injured during the incident. She also detailed a time when he wrapped his hands around her neck, as if he was going to choke her.

According to the report, Macie was ‘very afraid that he was going to keep her from breathing and kill her.’ She said she did not actually lose her breath at the time.

Haight denied the allegations, but admitted he had gotten angry and lost his temper with his daughter, who he described as ‘mouthy.’

Macie also told investigators that her father would frequently belittle and demean her mother. She said Michael would talk about how Tausha was ‘stupid and lazy’ and take his wife’s phone to try to keep her from leaving the house.

He denied these allegations as well, but admitted to taking her phone and iPad to monitor her text messages and phone calls.

Tausha told police at the time she did not want to press charges against her husband, and hoped the incident would be a ‘wake-up call’ for him. The investigating officer at the scene told Michael his actions were ‘very close to assaultive.’

The officer told Haight that he wasn’t going to arrest him, but warned him about his actions. ‘I talked to him about the importance of Macie continuing to speak with a therapist. I asked him to not interfere with that. I also advised him that he should continue seeing someone about his anger. I advised him that I would much rather be having this conversation with him instead of taking him to jail,’ he wrote in his report.