A 74-year-old former police officer has admitted 13 murders, saying an inner voice made him carry out the killings.

Joseph James DeAngelo Jr, known as the Golden State killer, terrorised the Sacramento region as a serial rapist in the mid-1970s before going on to kill more than a dozen people across California, evading capture for decades.

Speaking at a court hearing on Monday, Sacramento County prosecutor Thien Ho said DeAngelo had made incriminating statements after his arrest and indicated he was driven by an uncontrollable force inside him.

Mr Ho said that when DeAngelo was alone in a police interrogation room, he began speaking to himself, saying: “I did all that”. 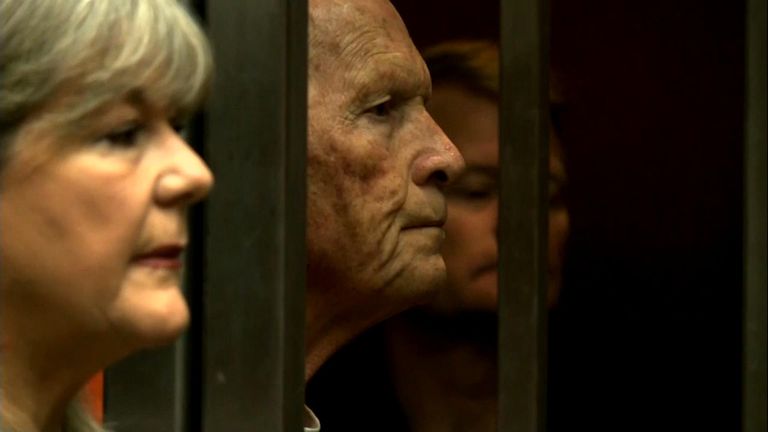 DeAngelo, who has never publicly acknowledged the killings, is said to have added: “I didn’t have the strength to push him out. He made me. He went with me. It was like in my head, I mean, he’s a part of me.

The prosecutor said the time had come for DeAngelo to pay the price, adding: “The scope of Joseph DeAngelo’s crimes is simply staggering. Each time he escaped, slipping away silently into the night.”

DeAngelo entered the guilty pleas as part of a broader agreement with prosecutors to admit to all allegations against him – including dozens of rapes too old to prosecute – dating back to the mid-1970s.

The plea deal will spare him from a potential death sentence but he will face a sentence of life in prison without the possibility of parole.

DeAngelo, who wore orange prison scrubs and a plastic face shield, was seated on a makeshift stage in a university ballroom as he admitted the crimes.