It doesn’t matter how old you are or what’s going on in your life, sometimes you need to go back home to get the support you need.

When I had a breakdown that saw me come close to ending my own life, that’s exactly what I did.

In 2013, my success as a producer, and going on tour with dozens of top artists, meant I should have been on top of the world.

Instead, I was at rock bottom.

I had no idea when I ended up in A&E after talking to my mum just how much help I truly needed to get my life back on track, and I could never have predicted that a niche corner of YouTube could help pull me back from the brink.

Yes, in those desperate days of a mental health crisis, going cold turkey from the alcohol and drugs that had seen things spiral out of control while I was touring the world constantly, I typed ‘sleep videos’ into the search bar and my life changed forever.

Because amid the hypnosis, the ASMR, and the white noise videos, I found binaural beats – and despite everything that was going on in my mind and body on that day, I enjoyed the best sleep I’d had in years.

Binaural beats are a type of music that involves two tones of slightly varying frequencies being played to the listener, one in each ear, with your brain slowly adjusting and responding to a median frequency that falls in between the two that are being played.

That median frequency therefore becomes a form of auditory illusion, and millions of people listen to binaural beats or watch videos soundtracked by them every day to help with stress, anxiety, or insomnia.

There haven’t been wide-scale studies on binaural beats, but the basic theory suggests that different types of brain waves respond to different frequencies, and the auditory illusion created by binaural beats is designed to take the listener from Alpha Waves (which are associated with restful alertness as in meditation) to Theta or Delta waves (which are common in lighter sleep and deep sleep respectively). 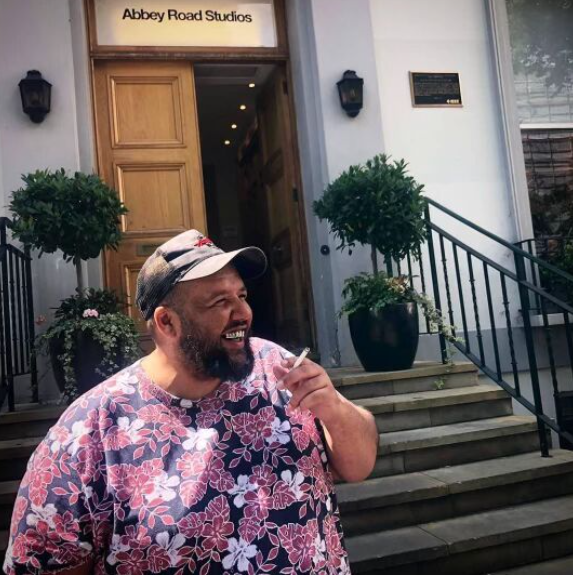 My interest with music started at a very young age, and from playing around with a MIDI keyboard as a kid, to joining a gospel choir in secondary school, all the way to falling in love with studio work and making it my career, I’ve seen the power of sound first hand.

Even then, I was sceptical about whether this video I had stumbled across had truly caused me to have a blissful sleep – I assumed it was maybe just because I was sober, or that I was in such a panic-induced state of insomnia that my body had simply run out of energy and shut down to recharge.

Binaural beats sound more like music than the droning repetitive sounds of white noise, or the tapping and whispering that accompanies ASMR, two other techniques I know people use to relax.

The atmospheric, tone-based sound of binaural beats, usually generated using keyboards or computers, can remind some people of ambient house or ‘chillout’ dance music, but is more sparse, and less structured, with the focus on generating two complementary but subtly different tones in each ear.

When I play the beats, I find my body instantly responds to it, and I can feel the stress leaving me as I start to nod off.

I wake up feeling refreshed, recharged, and ready to take on the next day – and they even have benefits for me in my waking hours.

On a recent tour we had a technical issue a few hours before the gig – and previously this would have sent me spiralling, but I just found a quiet corner, played some binaural beats, and was able to destress and return to the issue with fresh eyes and a relaxed state of mind.

It might sound odd, but I truly believe binaural beats helped save my life.

Ironically, I’ve always felt like there were two different frequencies playing in my ears; in fact I think it’s one of the reasons that I struggled for so long to admit that I needed help.

My career meant I worked with some of the world’s biggest names, like Stormzy, Zayn Malik, Tinie Tempah, Giggs, Emile Sande and Wizkid.

I was on tour with global superstars, living an amazing life, enjoying making my passion my career.

But in the other ear, was the truth, that I was risking burnout, that my social battery was all but empty, that my relationships with my family, my wife and my daughter, were suffering as a result of my touring, which meant we were often on different time zones.

It was a clash of frequencies that couldn’t last, and eventually it all came crashing down.

I knew the impact that mental health can have on others, and on one dark day I resolved to end it all, to use the money in my bank account to end my own life.

But I realised that taking my life would only make things worse for those around me, for my daughter in particular; I felt like killing myself would have just put all that trauma on her, and I decided there and then that I would live, and I would get better.

And now, after years of using them to calm my own nerves, to help in my journey through recovery, through better mental health and improved relationships with my family, I’ve decided to make some beats of my own.

My new musical project, The Bipolar Express, both my new artist name and the title of the album, is a positive project, one which uses binaural beats, and more traditional producing and engineering techniques I’ve always used in my career, to create a sound that I truly hope can help and inspire others.

Some sounds will be binaural beats, and I hope they can have the same impact on others as they have had on me, while other tracks will be more musical with lyrics, like the song I’ve recorded with Emile Sande.

Making my new record has been a cathartic process; when your life gets so much better, you assume you’ve released all those years of tension, but sometimes it isn’t until you have a creative outlet like this that you can truly let go of some of those lingering feelings from the past.

But as proud as I am of the record itself, there’s so much more to it than just the music.

I’m collaborating with One Twelve Agency to make sure that as many people as possible can be aware of the positive power of binaural beats – with so much media being audio-led, I’m glad we’ve been able to combine our talents to try and get the word out there about the power of sound.

These beats, this little-known section of the internet, gave me my life back. Now, I’m still touring, I’m still working with amazing artists, but instead of being overwhelmed, I’m able to unwind and relax, not letting things get to me.

And the beauty is? You don’t need any physical tech, you don’t need a background like mine, or expertise in music production to reap the benefits of binaural beats.

You just need to be willing to listen.

You can find out more about Wez and Bipolar Express here

The Tech I Can’t Live Without

Welcome to The Tech I Can’t Live Without, Metro.co.uk’s new weekly series where readers share the bit of kit that has proved indispensable for them.

From gadgets to software, apps to websites,  you’ll read about all manner of innovations that people truly rely on.If you have a bit of tech you can’t live without, email [email protected] to take part in the series