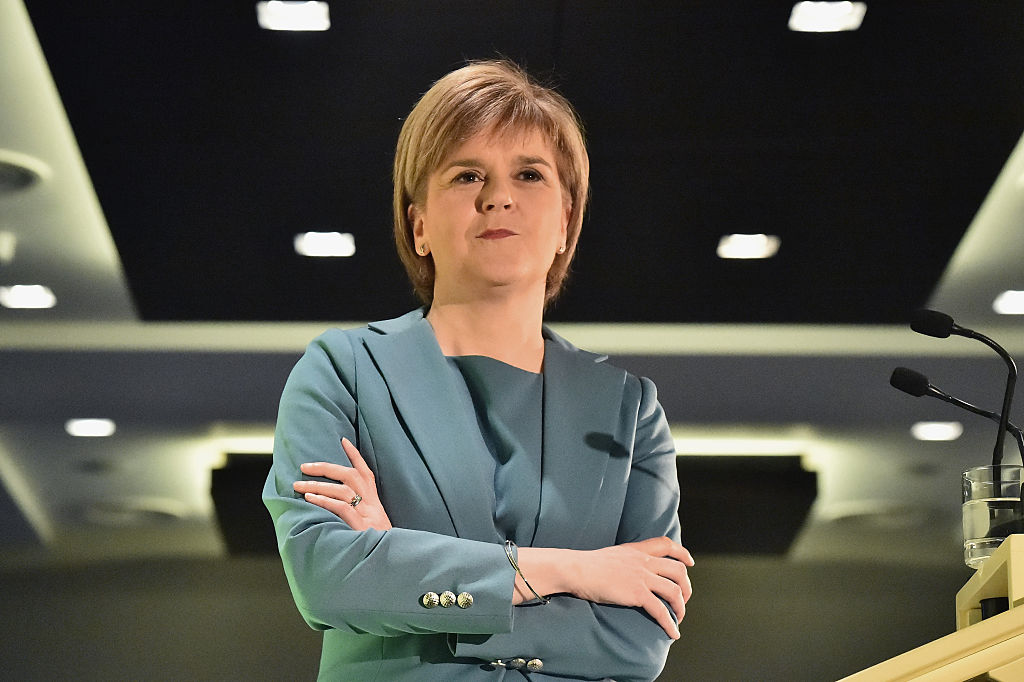 She said that she would make a stance to address transphobia in her party, outlining that it ‘is wrong and we must treat it with the zero tolerance we treat racism or homophobia.’

I – like many other Scottish National Party members who left in January – watched in tears.

Yet, I fear that Sturgeon’s words have come too late to undo the SNP’s slide into becoming one of the most concerning hubs of transphobia in Scotland.

But at just three months in, I felt first-hand the party’s disregard for the safety and wellbeing of trans people.

After I appeared in a short social media video for the SNP’s official student wing, I became the focus of a disproportionately large hate campaign launched by anti-trans activists online. They pored over screenshots of my body shared over Mumsnet, mocking my features, which they found unfeminine.

As I watched the party fail to act as the same activists who attacked me sent thank you cards to SNP politicians like Joanna Cherry for her opposition to trans rights, I never took it upon myself to report what had happened. I was aware of other complaints that had received no response.

That was until I came to a crisis point in 2020 when I was subjected to coordinated, planned abuse by anti-trans activists at a branch meeting I had been invited to.

The leaked branch meeting minutes were seen by The Herald describing, ‘At one point photocopies of men taken from the internet were passed with the comments that they had all been convicted of predatory and paedophilic behaviour against women and girls while self-identifying as women’.

In shock at their actions, I did not look at them all but one picture stood out to me, of a well-known UK trans public figure.

This trans woman had experienced abuse online for her appearance not fitting the patriarchal ideal of what ‘woman’ looks like. Yet they compared her to convicted rapists and paedophiles, just for being who she is.

I couldn’t help but compare it to what happened to me over the SNP Student video; the sheer disgust at our bodies – objects to be ridiculed.

As the night went on that room devolved into a den of transphobia. The minutes detail that anti-trans activists ‘shouted comments of men getting access to women/girls in toilets and changing rooms and raping them and the infiltration of LGBT information in primary schools encouraging children to identify as gay or trans.’

I was too scared to say anything although the branch executive apologised for these activists’ actions and ushered me to safety; it took me three months to summon up the courage to talk publicly about it.

And my fear was justified. Six months after I formally complained, nothing was done. I felt hurt and betrayed when I did not receive the support I should have been able to expect.

I emailed the new National Secretary Stewart Stevenson MSP, setting my intention to leave unless an update on my complaint was provided within two weeks.

He said nothing. And so, I left.

The sad part is many other instances go unreported due to the survivors being too scared to come forward out of fear of harassment. I was not the first trans person to come forward about being abused in the SNP.

Emma Cuthbertson, the former convenor for the party’s official LGBTQ+ wing, said she sent ‘at least 21 complaints’ outlining instances of transphobic abuse she received from other party members to SNP HQ, the national secretary and even Sturgeon herself. She said no one responded and subsequently left to join the Scottish Greens.

The rumbles of bigotry and party inaction came to a crescendo on Tuesday January 26, the day before Holocaust Memorial Day, as prominent SNP MP Joanna Cherry appeared to defend an anti-trans activist whose Twitter account has been suspended for violating its ‘hateful conduct’ policy.

Cherry tweeted claiming that ‘Twitter moderation policies are a violation of #FreeSpeech & your hateful conduct policy does not protect women…As a Member of Parliament I’m calling you out on your sexism & your #HumanRights violations’, which was to me insinuating that sexism led to the account being banned rather than acknowledging the discriminatory remarks aimed at trans and Jewish people.

Last week, the SNP had a reshuffle and dropped Cherry from the front bench – Anne McLaughlin MP has been appointed instead as the party’s spokeswoman on justice and immigration.

This accumulation of stories shared over social media, to significant outrage, meant it was understandable that a sliver of recognition from Sturgeon in her video was enough to make my tears start.

Watching her was like having two years of fear and silence finally be put into words. I cried out of pain, mourning and exhaustion because I feel this has come too late to heal the harm done to trans people both inside and outwith the party.

At this time, I don’t think the SNP support trans people on our road to an equal and inclusive independent Scotland at all. Trans healthcare was already at crisis levels prior to the Covid-19 pandemic.

It’s a horrible situation. Young people joined the SNP out of hope for a new Scotland and now many are regretting that decision

Now, waiting times are at such severe levels that some trans people wait up to three years just for their first appointment at a Gender Identity Clinic.

Trans women are experiencing an epidemic of Intimate Partner Violence, including domestic and sexual abuse from their partners.

I’ve watched as close friends’ lives have been ruined by these problems, but they seem of little interest to a party in which the mere mention of trans rights acts as a lightning rod for amplifying transphobia, and distracts from the mission of independence. Trans people are tired of having to ‘wheesht for Indy’ (‘wheest’ meaning hush).

It’s a horrible situation. Young people joined the SNP out of hope for a new Scotland and now many are regretting that decision.

Sturgeon has promised change and I believe her to be an ally but until change happens, I cannot see the SNP as a safe space for already marginalised trans people.

The onus is on all of our allies to pressure the SNP leadership to launch an independent, external review of its transphobic culture, with a focus on many ignored instances of discrimination and abuse, before a generation of its activists are lost.

A spokesperson for the SNP told Metro.co.uk: ‘There is no room for transphobia in the SNP – and it is in part Teddy’s experience that has inspired a renewed drive to address and deal with this issue within the party.

‘We hope our efforts will reaffirm the status of the SNP as great supporters of the LGBT+ movement. The door remains open for Teddy, other trans people and trans allies, should they wish to re-join the party at any time.’

Joanna Cherry QC MP said: ‘I am not aware of anyone in the SNP who wants to undermine the rights of Trans people. As a lesbian, a feminist and a veteran of the struggles for equality I believe that everyone deserves equal protection under the law and I am very proud of the fact that in Scotland we have very good rights-based protections for Trans people.

‘There is currently a debate about changing the Gender Recognition Act in Scotland. Some people have advocated for a policy of self-identification of gender. In response Women have raised legitimate concerns about the impact on their sex-based rights enshrined under the Equalities Act. It is concerning that in this area it is difficult to express a viewpoint without being labelled a transphobe. The Scottish Government’s proposed amendment to the draft Hate Crime bill was designed to ensure that people who wish to discuss women’s sex-based rights would be protected from charges of transphobic hate crime.  Without such protections Scotland will end up in breach of Article 10 ECHR which protects the right of free speech.‘