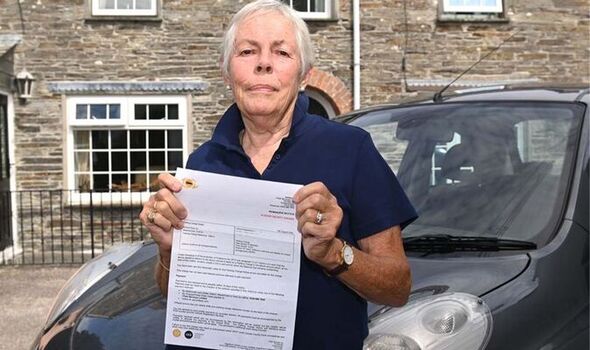 The 81-year-old, who lives in Wadebridge, had travelled to the town centre to pick up a prescription from a pharmacy. The pharmacy’s spaces were all taken up and, due to a recent cracked rib cage injury, she didn’t want to park further away. Linden Mair believes she was actually parked for less than two minutes and shouldn’t have been charged.

She opted to park in the adjacent car park, run by I Park Services, and says she never thought for a second she would receive a parking charge notice for doing so. She later received a notice for £100 and, despite contesting it, and explaining that she is a disabled driver, she’s been told by the Cumbria-based company that she must pay up.

“I’m just so angry and I want to make things difficult for this company and I want people to know,” she explained, speaking to Cornwall Live. “They really ought to have some sort of latitude and they don’t and I think it’s time someone held them up for that. Imagine I had been a single mother on benefits trying to get medicine for my baby.”

In total, she was in the car park for four minutes and nine seconds but believes she was only parked for two minutes or less.

There was no queue at the pharmacy and the medication was waiting on the counter for her. On collecting it she returned immediately to her vehicle.

“I just thought, ‘I don’t think so’ when I got the letter and I didn’t ignore the notice but did write back explaining the situation,” she said. “I cracked my rib recently so I couldn’t park as I usually do. It’s very unusual for the chemist parking slots to be full but I was just picking up pills that were ready in the chemist for me on the counter and I was gone.” 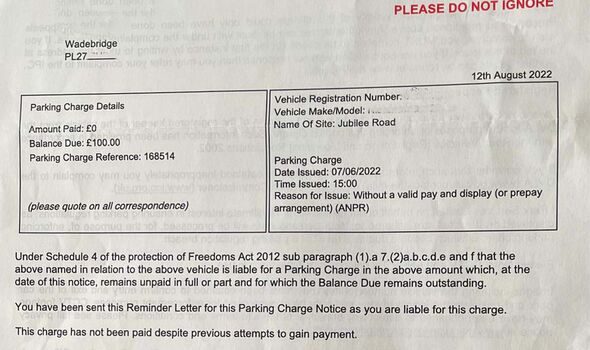 She continued: “In this particular car park there’s no car park attendant, it’s all automatic and photographic. There’s nobody there to actually deal with it. I was absolutely livid and if I end up paying, that’s the least of it.

“I want to make a fuss and bring this company out into the public, particularly because the company is not Cornish. Most people are so frightened at being caught by authority that they don’t act and they just pay up. But I won’t. I’ve done everything I possibly could and if I end up having to pay for it, it will be after explaining my side in court.”

I Park Services has been contacted for comment, but did not respond.