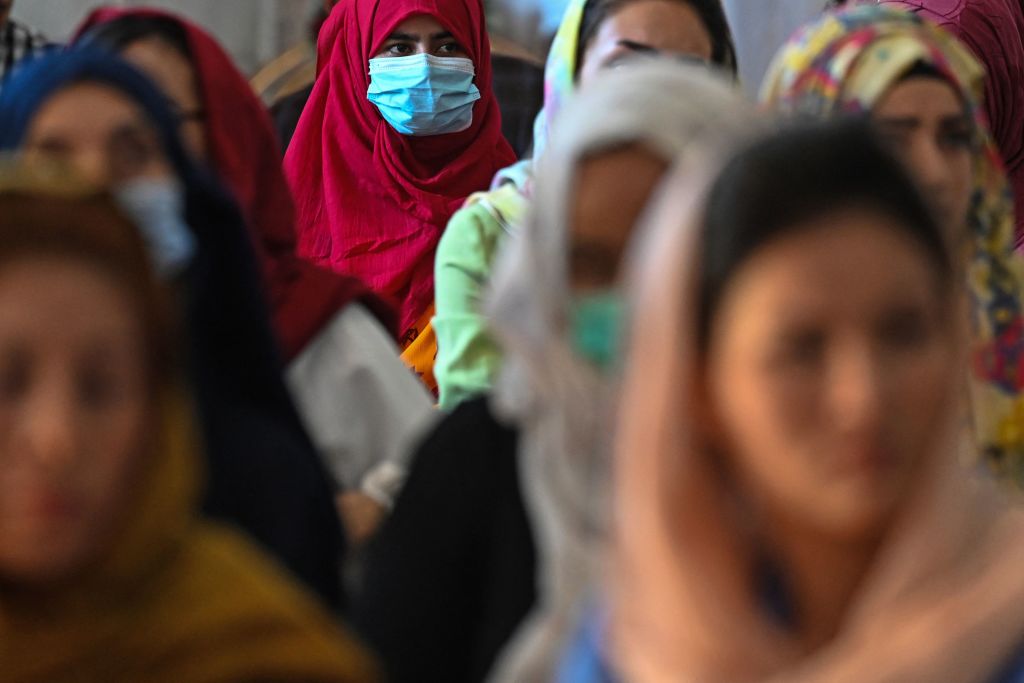 As Taliban fighters marched into Kabul on Sunday, a shocking new chapter was written into the history of Afghanistan. But it will be all too familiar to those who suffered through the last period of Taliban rule.

Afghanistan has known no peace for decades. Nearly 20 years ago the United States, United Kingdom and NATO allies invaded to overthrow the barbaric Taliban regime. Though they had governed Afghanistan for just five years – from 1996 to 2001 – their brutality shocked the world.

Now back in control of the country, I worry the Taliban do not only aim to turn the clock back to what life was like under their previous rule, but to go far further.

Their return to power is a disaster for all Afghans, but for women and girls in particular.

I started working as a women’s rights activist in countries touched by conflict in the late 80s. This led me to work with women and girls in Afghanistan, in the aftermath of the Taliban’s fall in 2001.

Under the Taliban’s governance, women were banned from almost all forms of work, while girls were denied their right to education. The strictest forms of guardianship imaginable were ferociously enforced – a woman could only walk in public dressed head to toe in a burqa, her face hidden from view.

I was shocked to discover that many Afghan women had chosen to burn themselves to death rather than live under the Taliban. Afghanistan’s human rights commission estimates that 80% of Afghans who take their own lives are women – deeply unusual when globally the vast majority are men.

Even since the Taliban fell, female suicide has been an ongoing tragedy across the country. Women living with violent partners, those who were forced into marriage, women with no hope choosing the most appalling escape.

In 2001, I embarked on leadership training for Afghan women’s groups, going on to hold legal rights workshops and sessions addressing violence against women, supporting them to become leaders and helping them build the women’s movement.

We asked Afghan women what they imagined their lives would be like without violence. Their answers made clear how the Taliban had robbed them of every shred of dignity – ‘I would be able to buy a bicycle and ride it’, ‘I would not be sold as property’, ‘the birth of a baby girl would be a cause of joy, not sadness’.

It is into this darkness that I fear Afghanistan will return. 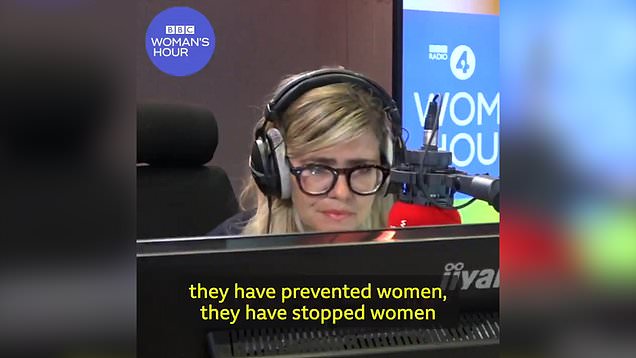 The war in Afghanistan was the first strike in US president George W. Bush’s so-called ‘war on terror’ but the international intervention did not seem to be for the sake of victims of the regime.

Still, the overthrow of the Taliban in 2001 did finally present Afghan women with the opportunity to reclaim political space, demand their fundamental rights and to stake their claim to shape their country’s future.

To see first-hand what they had endured under the Taliban was extraordinary, leaving appalling scars on Afghan women and girls.

The life of every woman I encountered had been touched by their rule – those who had been forced into marriage as young girls, dedicated doctors who had been banished to their homes, women who had to flee the country for their lives, women who had seen their friends or neighbours executed for acts like adultery.

For a long time after the fall of the Taliban, the faces of Afghan women bore marks from the little light that had managed to get through their burqas. They were a small, visual sign of the deep physical and mental traumas that lay close to the surface.

Now, I’m scared that those traumas will return for the many women who experienced them, and for subsequent generations.

It has sadly felt likely for a long time. The Taliban’s recapture of towns and cities seemed to happen extraordinarily quickly. US president Joe Biden signaled only in April this year that American troops would withdraw imminently, but it’s clear to me that the welfare of Afghans has not been a priority for foreign powers for a while.

When I first worked with Afghan feminists in 2001, they were full of energy and ambition. They developed comprehensive plans for how their country should move forward at the Afghan Women’s Summit. But even over the two years I worked with the activists, their demeanour and hopes diminished rapidly.

The government of Afghanistan was too weak and corrupt to lead lasting positive change for women, and the Taliban never went away, especially in their rural strongholds.

The Taliban’s return to power is a disaster for all Afghans, but for women and girls in particular

Despite the loss and violence since 2001, girls have seen important improvements. Nearly 40% of Afghan girls are now enrolled in school, compared to none at all under the first rule of the Taliban.

The return of the Taliban to power puts those gains and the future of all Afghan girls and young women into the hands of men who despise them.

The long road did not bring peace or liberation for women and girls in Afghanistan.

This was clear at peace talks between the Afghan government and Taliban that started in September 2020. There were just four women among the 42 negotiators at the talks in Doha, while similar talks held this year in Moscow saw the Afghan government include just one woman amongst its team of 12. The Taliban of course brought no women.

Research suggests that women have been absent from almost 80% of peace negotiations, from local to national talks. It is just one example of how women have been ruthlessly excluded from political decision making in Afghanistan.

A corrupt, male political culture is not one that especially fears the rule of the Taliban. Afghanistan’s political leaders – men safe in the knowledge that it will not be they who bear the brunt of the forthcoming brutality – were prepared to make deals with the Taliban and desert their posts.

Political leaders in Afghanistan and the West had 20 years and trillions of dollars to build institutions that could have withstood the return of the Taliban. They failed, and it will be women and girls who pay the price.

Prominent women – peace negotiators, activists, journalists, those who have raised their voices – are at particular risk and need urgent protection. They and all women and girls in Afghanistan have been betrayed.

The Taliban are at this moment seeking out women who stood up for their rights, the women with whom I worked.

The women I met in Afghanistan showed such extraordinary resilience to simply survive life under the Taliban. They now face the complete destruction of all that they have fought for over the last two decades, even ceasing to exist as people in the eyes of their rulers.

If the people of Afghanistan are made to suffer, if girls are banished from the classroom, if the rights of women and minorities are violated as completely as they were before 2001, Western governments cannot grant legitimacy to the Taliban, or recognise their authority. They must provide safety and support to those who have fled or are fleeing Afghanistan, respecting and recognising their humanity as the Taliban do not.

There will be few organisations that will be able to continue operating in the chaos, but if you want to donate to United Nations agencies such as Crisis Relief, Unicef and UN refugees, they represent perhaps the best way to address humanitarian needs – and urgently need your support.

Women and girls endured the worst of the Taliban’s excesses, they cannot be left abandoned again.