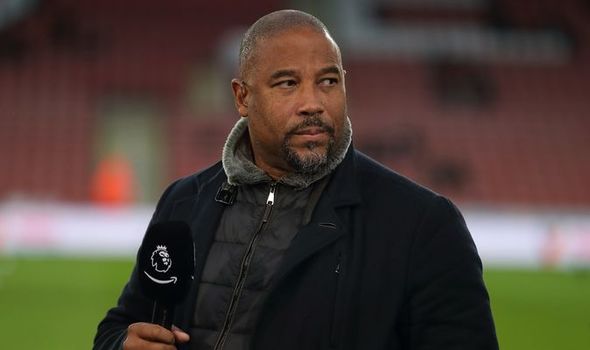 Ninety-seven Liverpool fans died in a crowd crush on April 15, 1989, at the Leppings Lane End of Sheffield Wednesday’s ground. Barnes, who was playing for the reds in the FA Cup semi-final, said it is still hard to discuss the events. He said: “I looked to the right behind the goal and we saw them and in fact, they have this iconic picture of two Liverpool fans – girls we’d known, following us all over – and they’re squashed up against the fence and I looked at them and I thought, ‘that looks uncomfortable’.

“Because we were just so used to fans being herded in and treated like cattle that we never thought anything of it. Then people started to spill on to the pitch, and that’s when we went off.”

Barnes, 58, says the players were told to warm up in the changing rooms. But after 20 minutes it was clear something terrible had happened. He added: “We went up into the players’ lounge, and from there you can see on to the pitch and that’s when I first realised how terrible it was. We saw bodies and people on stretchers and stuff like that. It was just like complete shock.

“You see the little kids and you think about your children…and then of course, the irrational guilt, you know, feeling that they’ve come to watch me play and they’re not going home.”

He told Kate Garraway on ITV’s Life Stories that after he got home to his son Jamie, “I just got in bed with him and hugged him…slept with him all night, I think”. The football pundit’s mum, Jeanne, recalled her son’s pain after going to victims’ funerals.

She said: “Johnny phoned us and he was crying. He was like, ‘Why is this happening, it could have been Jamie.’ He said, ‘You know mummy, they died coming to see us play.’ He just couldn’t fathom it.”

Barnes also speaks about coping with racism on the pitch and off it. He said: “That picture of me backheeling the banana off (the pitch) I don’t even remember because it would happen whenever we played.”

And he is angry that nothing has changed in 30 years. “They are being abused, invisible banana skins and unspoken racist abuse to black people every single day.”