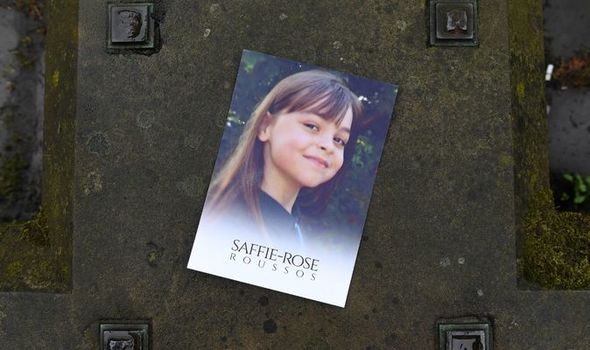 Saffie-Rose Roussos, eight, was among the 22 men, women and children who died when Salman Abedi detonated his bomb in May 2017.

NHS nurse Bethany Crook said of Saffie-Rose: “I knew I was losing her. I think she was fighting as hard as she could, but we needed to help her.”

Bethany said when she first saw Saffie-Rose, from Leyland, Lancs, she did not want to move her for fear of worsening her severe leg injuries.

She had been at the concert with her daughter and held Saffie-Rose’s hand “quite a lot”, asking her to “just squeeze it and to hold on tightly”.

Det Sgt Mark Haviland, from British Transport Police, took the decision to move Saffie-Rose out of the foyer. The little girl arrived by ambulance at Royal Manchester Children’s Hospital at 11.23pm, 52 minutes after the bombing, but was pronounced dead at 11.40pm.

DS Haviland told the inquiry that he realised ambulance staff would not enter the blast site due to false reports of an “active shooter” on the radio.

He said: “From my experience I knew they would not be coming.

“I kept hearing mentions of the possibility of secondary devices at the scene and there was a mention of an active shooter.

“So if there is still an active threat, the ambulance service won’t come anywhere near until somebody confirmed there was no threat.”

Sgt Leon McLaughlin, who helped to carry Saffie-Rose on a makeshift stretcher, said: “There were dead and dying people all around her.

“It was very difficult to determine which blood came from who.”