I was around 15 years old, visiting my sister in Lewisham, when we heard a noise at the front door.

Opening it, we found a pig’s head on the doorstep and graffiti painted on the door that read ‘P****s go home’.

I was immediately frightened and fearful for my sister’s safety, including her two children who were around four years old at the time and seemed quite upset by it all.

Unfortunately, this was just one of many racist incidents my family and I had to deal with as immigrants while living in the East End of London during the 1960s and 1970s.

Growing up, my family were farmers in the Punjab, India. We were poor but happy. My memories were of a world of golden sunshine, fertile lands, eating mangoes off the trees, chewing sugar cane sticks for the juice and large, snorting buffaloes.

I was surrounded by caring uncles, aunties and cousins – I knew everyone in the village. It was a very happy communal life.

I moved to the UK at the age of seven in January 1962 and lived in Southall Middlesex – known as Little India. It was the heart of where many other immigrants lived so I felt a sense of home as I was surrounded by the same community.

We flew into the country during one of the coldest winters on record and I vividly remember dark skies, a numbing chill, grey concrete and black tarmac. I immediately felt very unhappy and wanted to go back home to India.

On my first day at school, I felt strange. I was put in a special class because I didn’t speak any English.

White children were curious, but I couldn’t understand them and so I crept into corners. It was a really horrible feeling. I felt excluded and this wasn’t a nice experience for me.

After a few short weeks, their curiosity turned into animosity. I learned a new word – ‘w*g’ – a derogatory term. The first few incidents were name-calling then pushing and kicking and being excluded from playground games.

The one incident that sticks in my mind was to do with my long hair; Sikhs do not cut their hair and mine was tied in a knot above my head. Some boys pulled it loose and yanked me around the playground by it. 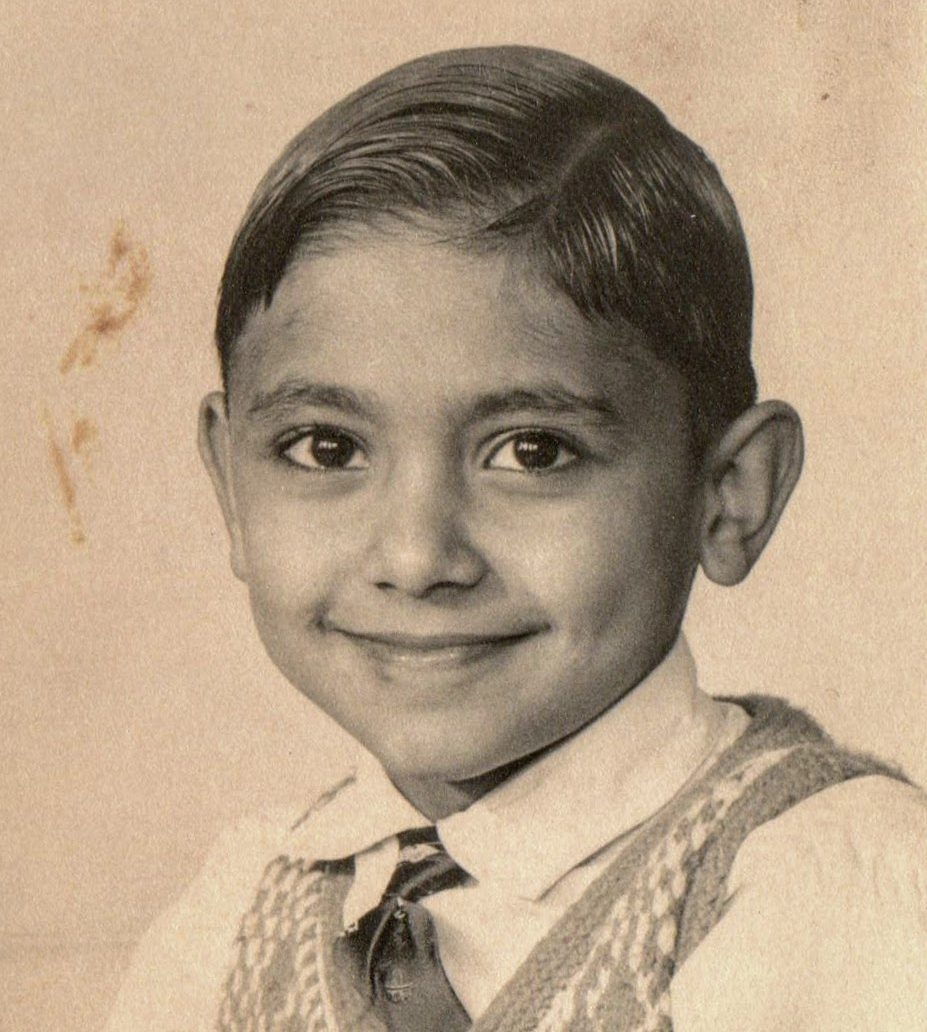 I felt humiliated, hurt and traumatised. I resented being targeted for being different.

Over the months, there was an escalation to beatings. The journey home became running the gauntlet. I was small for my age, very thin, extremely shy and vulnerable so my response was to cry, run away and hide. It didn’t occur to me to fight back.

I was constantly in fear and felt miserable. I was resentful of my parents for bringing me to the UK. I hated being different from the white children so I begged my parents to have my hair cut – I wanted to fit in and not go through it anymore. It was torture.

When the incidents of racism started, I told my family as I didn’t know why they happened. My mother explained that it was because we were Indian. I couldn’t understand that, it was so strange to realise and accept that discrimination existed.

As time went on, my family told me to report the bullies to the teachers – I soon learned this threw fuel on the flames as I was labelled a ‘tell-tale’.

Over the years, nothing I did to try to fit in worked. I was constantly bullied – in the playground and on the journey home.

At about 11 years old, a group of youths set their German Shepherd dog on me. It was barking, snarling and knocked me over – scraping my hands and knees. As I lay crying, they called out ‘go back to effing India and stay there’.

On another occasion, my father and brother were attacked by neighbours wielding hammers and saws right outside our house.

While another incident saw my sister hit by a brick on the side of her head while on her way to a friend’s house. She was taken to hospital by ambulance.

Boys wouldn’t let me get in the showers at school. Threats ranged from ‘we’ll get you’ to ‘we’ll burn your house down and all your family’.

The verbal taunts were relentless and severe, often telling me that I was a ‘monkey’ and I belonged in the jungle. There were also many ‘jokes’ circulating of a racist nature.

All these incidents felt like the world was closing in on me. I was miserable, constantly in fear, didn’t eat properly and slept badly. I was socially awkward and malnourished because I had a poor appetite.

I didn’t know it at the time but, looking back, the trauma and being in constant fear was affecting my appetite and digestion. My mother took me to the doctor a couple of times but at the time there was no understanding of the cause – weighing just 55kg at the age of 18.

After a while, I didn’t confide in anyone because I knew it wouldn’t make any difference. I had a few friends at school and they saw it happen but pushed it out of their minds and didn’t want to become the target of the bullies by siding with me.

To cope with it all, I took mental refuge in worlds of fantasy – I read science fiction and became a Walter Mitty figure within the confines of my brain. I developed a sense of humour, as a relief, and became a joker and a clown.

Going to university was the time the shackles of racism fell off me. I was with intelligent, informed and reasonable people. Racism was still present, but it was not overt and not physical.

I started to eat better and put on weight, I also took karate lessons for confidence and self-defence. I participated in sports – like tennis, squash and badminton – and became very good at them and represented the university in tournaments.

With a lot of introspection and self-development, I overcame my shyness. I learned social skills and became more confident. As a result, I became a very popular person and made lots of friends.

I wouldn’t wish my experience on anybody but it has produced a very strong and resilient person who has been able to deal with adversity.

Racism nowadays seems very tame in comparison but still unacceptable. I have learned to face it, call it out and actively work to diminish it, even though I feel like it will never be eradicated.

I founded the Cultural Diversity group at work, which provides help and support of ethnic minorities in the areas of discrimination; representation and wellbeing. I worked for Save the Children, a charity for special needs adults and as a children’s home worker.

The main thing I want people to know is that discrimination of every kind has a devastating effect on people. Stop doing it, stop other people doing it and constantly be on guard for it.

As told to Minreet Kaur