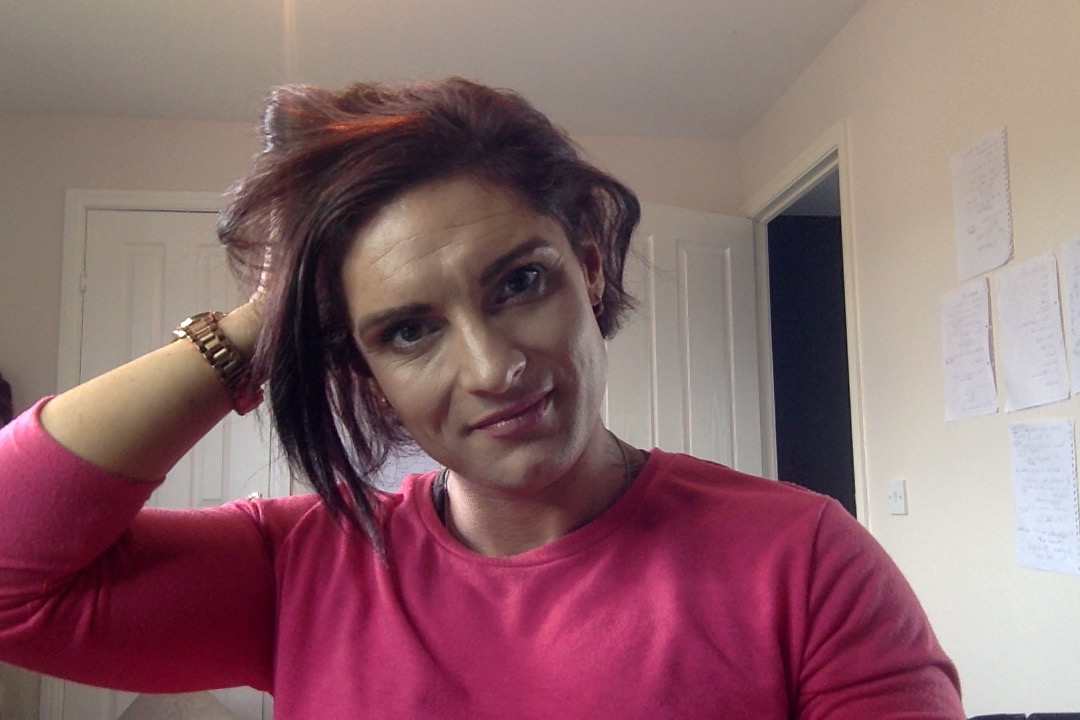 You cannot tell who has the potential to be a rapist by looking at them.

Society often views them as ‘monsters’ who cannot possibly exist in our day-to-day lives. It’s as if the very idea of the crime’s too horrific – but the reality is that one in four women raped are assaulted by their own partner. That’s a lot of ‘ordinary’ men.

People need to understand that rape is a very real and present danger to women all over the UK.

When I met Lee Thomson at the gym in 2014, he made me feel like the only woman in the world who had ever felt love like his. But, a few weeks into our relationship, his attention turned nasty – possessive, controlling, jealous and violent.

Things escalated and he raped me three times. Twice in a hotel room on what was supposed to be a romantic trip together in 2015; he throttled me unconscious before raping me. I vowed that if I made it out of that room I’d escape his clutches for good.

Thankfully, I did manage to get away – but I was too scared to tell anyone the full extent of what he had done, least of all the police.

I was Lee’s girlfriend – I knew the likelihood of gaining a conviction was slim. It’d be my word against his, plus, I was worried about the repercussions – Lee was dangerous.

In the past, I had reported him to the police for attacking me but it had come to nothing so Lee seemed to hold all the power – I’d already lost faith in the justice system.

When you have been abused, when someone’s worn you down, all you can think about is survival. I wanted nothing more to do with him.

So, I stayed silent and hoped that Lee wouldn’t harm anyone else.

But the torment left me turning to alcohol to numb my pain, I was plagued with panic attacks and sleepless nights. When I did get some shuteye, I had horrendous night terrors and ended up lashing out at my new partner as she lay beside me.

Then, in 2018, the police came to my door. A woman had reported Lee for rape and they asked if Lee had ever sexually assaulted me.

At that time, I’d finally got myself to where I deserved to be – I had paid for private counselling, managed to get sober through the help of Alcoholics Anonymous and even started bodybuilding again.

Feeling stronger in every way, I told them everything. They had come to me in order to build a case against Lee – ultimately, three women’s testimonies were gathered before it went to court.

Reading statistics this week that only 1.6% of rape cases recorded by police resulted in a charge or summons in 2020 sadly did not surprise me.

One explanation is that the police have to collect enough evidence to refer a case to the CPS in England and Wales, and the COPFS in Scotland. Nowadays, there’s an increased amount of technical evidence to go through, from phones and social media. In my case, there were days of audio for police to trawl through as Lee had bugged my home.

It is not only time consuming work, it has the double impact as many victims withdraw their original reports because of intrusion into their own privacy.

Victims’ commissioner Dame Vera Baird said in her 2019-2020 annual report that the level of prosecutions has got so low that ‘what we are witnessing is the de-criminalisation of rape.’

It is really worrying – the odds seem stacked against the victim.

Myself and two other women not only had to endure reliving the rape when giving our statements and awaiting the trial date, but the further ordeal of being scrutinised in court, all to ensure Lee Thomson was handed justice. In December 2020, he was sentenced to a Life Long Restriction Order, with a minimum of six years in prison.

I was simply relieved it was over. Telling the police does not bring you closure – it’s not about your personal retribution.

Putting Lee in prison was not for my benefit but for the next girl’s, I helped make sure he will not get away with it again.

But, in all honesty, the long, drawn out wait for evidence to be processed and a case brought against Lee was more agonising than the three years I spent overcoming the trauma of what he did to me.

For months I was left climbing the walls – jumping every time someone came near – while the court case kept getting delayed with no real explanation.

It must be said, the specialist support team I was eventually assigned were brilliant but it happened further down the line when I was already left in a permanent state of anxiety by the process.

Assigning a trained team from the very first statement taken should be standard practice – one practical way to help women who report a crime against their partner.

It’s as if the default setting for some officers is to treat a victim in the way they would a criminal – under suspicion. For example, when I reported Lee years earlier for assault, two policemen were sent to take my statement and one smugly asked if I had been drinking.

It was a Saturday night, I was in my home, I had every right to have had alcohol. The insinuation from his line of questioning was that my being under the influence meant I had either been ‘asking for’ something to happen or that my version of events was untrustworthy.

The victim blaming begins from the moment you first give your statement to when you are on the stand in court.

Although you’re given regular updates from the police, you are pretty much left to fend for yourself, in my experience

Then there’s the supposed reassurance that you will appear in court behind a screen but I still had to bear being in the same room as my rapist – I could hear him breathing.

And there were horrible questions; ‘How long did it last?’ asked his defence lawyer, referring to the rape.

I told them straight that I didn’t have my f***king watch on.

Then, when I couldn’t remember a specific date, they leapt on it as if were proof everything I said was false. Most people cannot pinpoint the day and time they did something several weeks ago let alone years.

Seriously, are these questions really necessary?

Ultimately, I felt fantastic when giving evidence because every word I spoke was true but, the point is, victims shouldn’t be the ones made to feel like they are on trial.

Unfortunately, attitudes faced within the system are reflective of wider society. Even after the guilty verdict, one of our so-called mutual friends texted me to say it was ‘a shame’ Lee was in prison as he had ‘always been a lovely guy’.

People find it difficult to match the ‘everyday’ man to the heinous crime – it’s much easier to disbelieve the victim.

Rape happens every day and the sad fact is that the women brave enough to report it are not given the right support.

There seems to be more focus on funding rehabilitation programmes for offenders while victims get left on lengthy waiting lists for counselling. If I hadn’t paid for private counselling years ago, I would still be a mess.

It shouldn’t have to be this way – money should be pumped into proper support services that offer practical trauma therapy not just ‘someone to listen’.

Following Lee’s sentencing, the police thanked me and the two other victims for our ‘strength and dignity’ in coming forward.

Rather than being thanked, I would prefer them to work on making victims feel safer when reporting crimes – offer real protection and do not leave vulnerable women for weeks on end guessing what – or who – might be coming for them next.

Yes, I was granted anonymity – which I have waived in order to speak out for this article – but back then, I was convinced Lee could still be a threat to my safety while I awaited trial. Witness protection schemes are reserved for very serious crimes, it’s something you only really see happening in the movies.

Although you’re given regular updates from the police, you are pretty much left to fend for yourself, in my experience.

If I could go back with the knowledge I now have, I would have demanded to speak to another officer when I felt uncomfortable.

That would be my main advice to other women when coming forward to report a partner for a violent or sexual crime.

Do not feel afraid of being perceived as difficult – do whatever it takes to make your voice heard because the victim should matter most, not the perpetrator.

Victim Support offers support to survivors of rape and sexual abuse. You can contact them on 0333 300 6389.