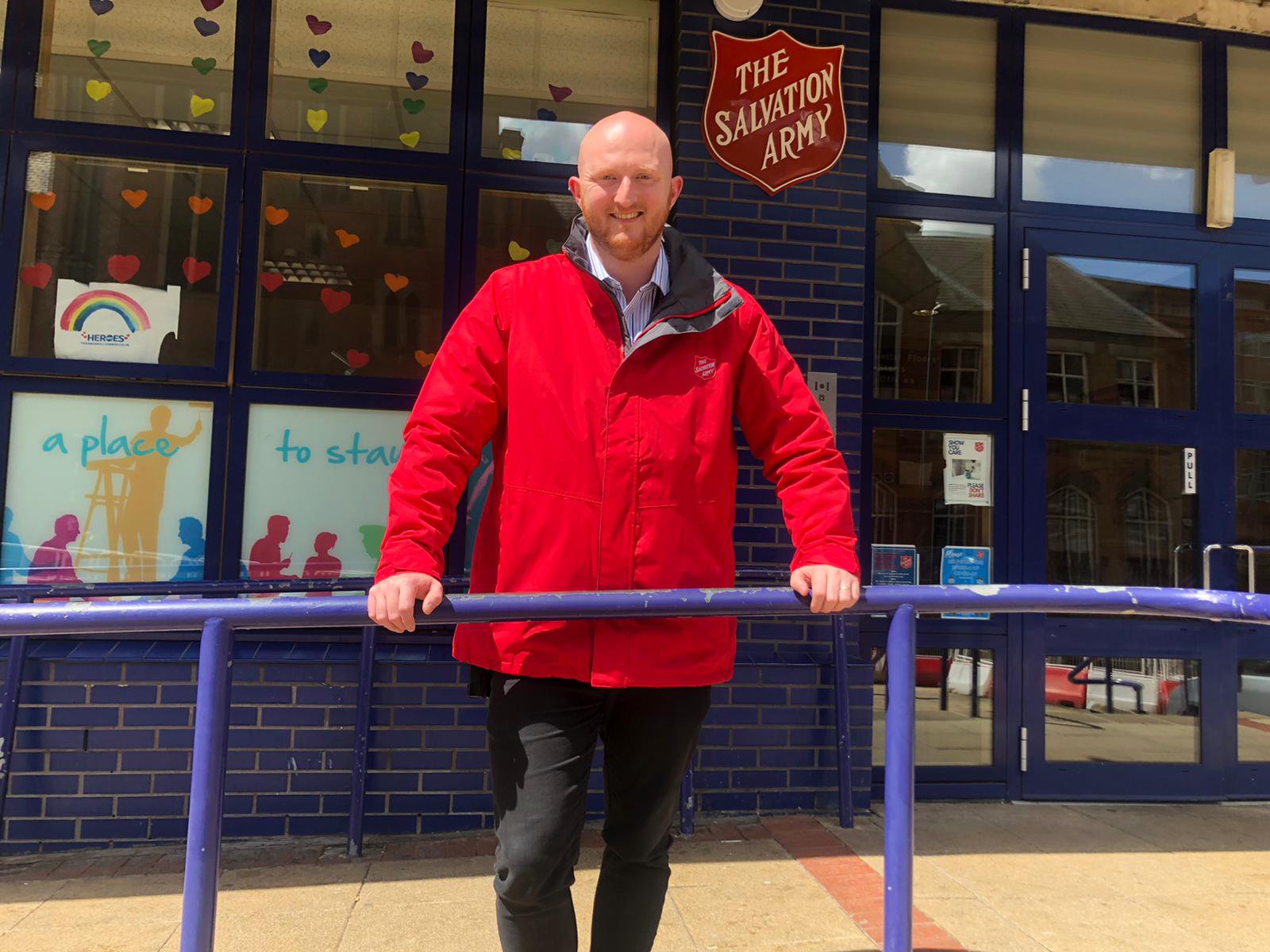 A former chronic gambler who fell homeless after blowing up to £2,000 a night on his habit has turned his life around.

Will, 31, told how a promising start to his twenties went into freefall as he squandered his inheritance on drink, cocaine and gaming after his father died on the day they were due to reconcile in person.

He quit university and developed borderline alcohol dependency, gambling online and at bookies and casinos. When his money ran out, Will ‘begged, borrowed and stole’ from family and friends to fund his vices.

At his lowest point, he was arrested for stealing a car and crashing it into a wall after drinking too much on his 23rd birthday.

The reformed character traces his destructive habits back to his parents’ separation just after his 16th birthday, which broke up a formerly loving home as he moved out with his mother.

‘I was devastated,’ Will said.

‘My relationship with my dad broke down and I moved out of the family home together with my mum.’

Will, from Oldbury in the Black Country, began experimenting with drink in the park with friends but enrolled at university and made contact with his dad on his 21st birthday after five years of silence.

A cruel blow followed. Will’s dad suffered a fatal heart attack, leaving him ‘robbed’ of the reunion he had longed for.

‘On the day I was due to see my dad, there was a knock on the door from the police to say that he had died that morning,’ Will said.

‘He had been found in his home alone, after his workmates were concerned about his whereabouts.

‘What happened afterwards pushed me into a spiral of drinking.’

Quitting university, Will began frittering away his father’s inheritance on parties where he developed borderline alcohol dependency which spiralled into cocaine and gambling addiction.

‘I was gambling every day – online and at bookies and at casinos at least two or three times a week – often spending over £500 at a time and sometimes up to £2,000 in a night,’ he said.

‘I was using cocaine and drinking daily.

‘Cocaine would fluctuate in terms of the amount used daily and drinking would be anything between seven and 10 pints in a night.

‘The money ran out very quickly. To feed my addictions, I begged, stole and borrowed from friends and family.

‘I would steal items from friends and when they challenged me about it, I would make up stories and lie to them about what may have happened to their possessions. It was really low.’

The petty thief was reduced to working for free in a pub and had few clothes to call his own. He quit cocaine but continued to drink and gamble and stole from friends he had made at a church where he used a community cafe.

Rock bottom came after Will, who asked to be identified by his first name, spent his 23rd birthday drinking before stealing a car and crashing it into a house. He was arrested and charged for driving offences.

Will was now homeless, having let more friends down and with no options left in his family and social circle.

Then, in September 2012, he moved into the Salvation Army’s William Booth Lifehouse in Birmingham, where his turnaround began.

During 13 months at the shelter, he addressed his drinking and gambling and worked in various roles to gain skills and experience.

‘I had issues that needed dealing with but becoming homeless was the catalyst that made me want to deal with them,’ Will said.

‘My support worker helped to pull everything together for my benefits, they also helped liaise with probation about finishing my community service and assisted me to find paid employment.

‘Gambling was still an issue for me while I was in supported accommodation. My support worker would often check in on me daily, to see if I had gambled and whether I felt tempted.

‘There were occasions where I had slipped up and I would be honest with my support worker about this.

‘She would then remind me of how far I had come and would encourage me to abstain, while reminding me of what gambling had cost me so far.’

After being given a supportive and safe place to recover by the Salvation Army, Will was able to move on to his own accommodation.

He now works as a programme manager for the church and charity at the same Lifehouse that helped him in his time of need and continues to repair the relationships that were left hurt and broken.

‘The only thing I would change is the hurt I created over that time.’

Will spoke during World Homeless Week as the Salvation Army urged the Government to keep the £20-a-week Universal Credit uplift introduced during Covid. The charity warned that it is braced for a surge in demand from thousands of vulnerable people.

Lieut-Colonel Dean Pallant said: ‘The Government worked hard throughout the pandemic to protect people from financial hardship, but the loss of the furlough scheme and the Universal Credit uplift will plunge vulnerable people into poverty almost overnight.’

The government views higher wages rather than increases to taxpayer-funded benefits as the best way to support people on low incomes.

A spokesperson said: ‘Universal Credit will continue to provide vital support for those both in and out of work, and vulnerable households across the country will be able to access a new £500 million support fund to help them with essentials over the coming months as the country continues its recovery from the pandemic.’