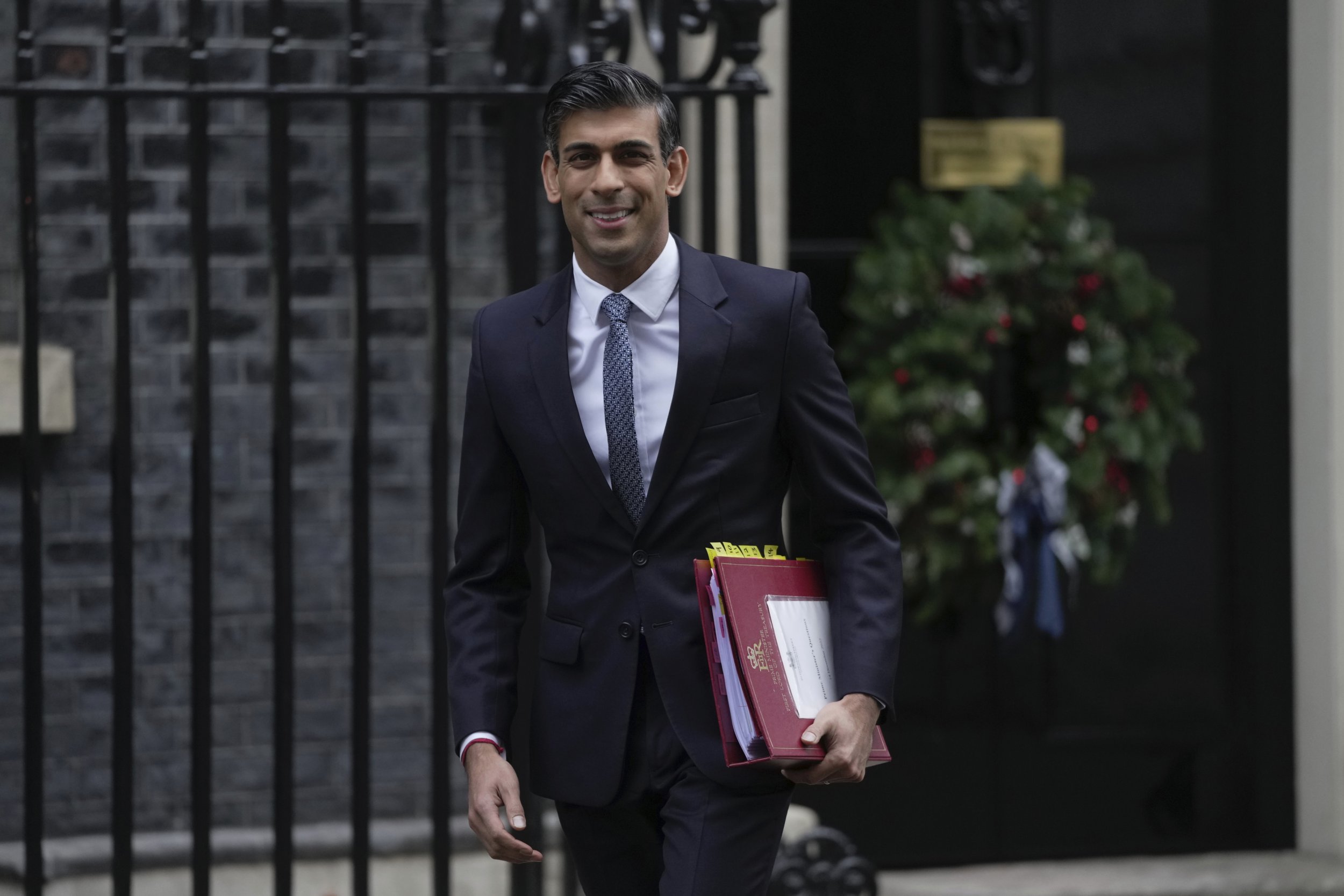 We are only a few days into the new year and I’m already feeling a familiar sense of frustration, disappointment and hopelessness when it comes to our politicians.

Between strikes, inflation, and the state of the NHS, the country is in the worst position it has ever been in during my lifetime, and sadly I do not see a way out of it, with both our government and opposition parties bringing so little to the table.

As problems continue to mount, it seems clear to me that more than ever, we need the occupant of Number 10 to be a person of action who is going to come up with a plausible plan of how to get the country back on track

Unfortunately, in Rishi Sunak all we have is a caretaker PM who is lacking in creativity and conviction.

I suspect that Sunak’s main strategy is a defensive one, simply trying to reduce the amount of seats that the Tories will lose at the next general election, instead of trying to win it by doing all he can to improve conditions for those struggling the most in Britain today.

This week’s vague ‘five point plan’, with broad-brush promises like halving inflation (something experts already predict will happen) and new legislation on small boats (something previously announced) show just how few ideas he has.

For his part, Labour’s Keir Starmer recycled the Brexit campaign theme and claimed he would ‘take back control’ allowing local communities to gain more powers.

He may think it’s a smart move to use a phrase already etched in the minds of voters but for me it shows his weakness – unable to conceive an inspiring slogan of his own for his followers to rally round.

The cost-of-living crisis has affected many – some families have been left with no choice but to use food banks while others are leaving the heating turned off and are wearing winter coats indoors to save money on energy bills.

Meanwhile, several unions are continuing strike action as they fight for their members to be awarded better pay and improved working conditions.

As the impact of those strikes, from nurses, railway staff, and others continues to be felt, the multimillionaire Sunak said he is willing to stand firm for ‘months’.

I can’t help but being angered by being told by someone in a chauffeur driven car that he is willing to tolerate this disruption to the lifeline railway services I use every day.

I should want to vote *for* a party, not merely to vote against the alternative

Likewise, the PM can label nurses’ pay demands unreasonable, knowing that he can still afford private treatment, something Downing Street has refused to confirm or deny he uses.

All this man continues to show me, and countless others, is that he is out of touch with the public and that he cares not about the working men and women of Britain, favouring delaying tactics over real, problem-solving action.

This crisis requires out-of-the-box thinking, for ideology and spin to be put to one side, and for the Prime Minister to help work with all sides to secure a deal.

Sadly, according to reports, his government wants to antagonise further by making industrial action illegal in some sectors if minimum service levels are not met.

These laws would essentially give employers the power to sack union members who strike in six sectors, including the health service, rail, education, fire and border security.

But my fear and frustration of a rudderless over-cautious government leader is also matched by my lack of faith in the charisma vacuum Sir Keir Starmer.

The former Director of Public Prosecutions was never going to match the enthusiasm many had for Jeremy Corbyn (I can’t imagine anyone shouting ‘ohhh Sir Keir Star-mer!’), but he has gone arguably too far out of his way to show how different he is from his predecessor.

In fairness to Starmer, he is looking more and more electable as his party enjoys huge poll leads, but I have a niggling feeling this isn’t entirely down to him, more the ineptitude of the current government.

Personally I would be inclined to vote Labour over Conservative because the Tories have failed Britain consistently for the last 12 years.

Starmer and co do seem the most likely party able to finally get rid of Sunak and his cronies and relegate them to the opposition.

But I should want to vote *for* a party, not merely to vote against the alternative.

Labour do not get my vote because I believe in them and their promises – like I did under previous leaders.

Why can’t Starmer openly say that Brexit has been a disaster and urge us back into the single market?

Why won’t Keir back our unions, join them on picket lines and commit to fair pay increases?

The answer to both of those questions I think is that the opposition leader is scared of rocking the boat and losing possible swing voters.

I criticise the Tories a lot, and fairly so, for breaking pledges and being out of touch.

That doesn’t mean I will let Labour off the hook.

This week, Keir Starmer gave, at least by his standards, a semi-rousing speech declaring he wants to shift power out of Westminster to transform our economy, politics and democracy.

But he did so while speaking from London.

In 2023 I need an opposition party that I can say has clearly defined answers to pressing questions impacting the country, and a Labour Party that I can vote for because I believe they will support the working man.

However, at the moment all I see is a diet Tory Party who are the only alternative, rather than a government-in-waiting I’d enthusiastically vote for.