Boris Johnson has suffered a handful of colossal defeats in the Commons since coming to power, as Remainer MPs successfully passed a law that aims to block the UK leaving the EU without a deal on October 31. However, the former senior manager at the Port of Dover claimed things will still operate smoothly at the borders in a no deal Brexit, explaining the procedures that have been put in place. The caller, Roger, told LBC: “A consignment coming from Europe has a document which is then lodged at the port, you then arrive in Dover, you then transit through exactly like you do today.

“Your first import declaration in a no deal Brexit environment is due at the end of six months, you’ve got six months to do the import entry. So honestly you really are going to have to struggle – “

Radio host Iain Dale interjected: “Even in a no deal situation?”

He replied: “That is the no deal plan.

“So in a no deal plan, the only thing that’s going to happen differently from today, from flows of goods of foods from the EU to the UK, is the EU exporter needs to raise an export declaration.

“That’s it, I’ve finished, that’s the end of Brexit no deal planning. Honestly, and I do this for a living.” 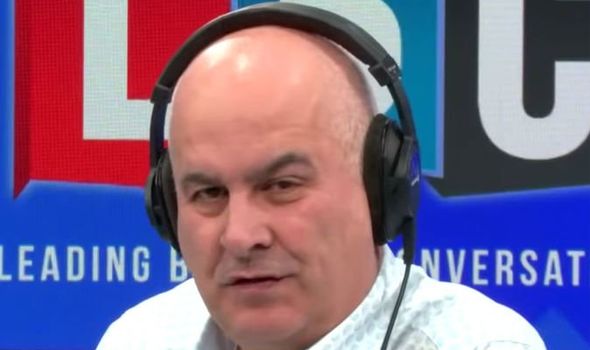 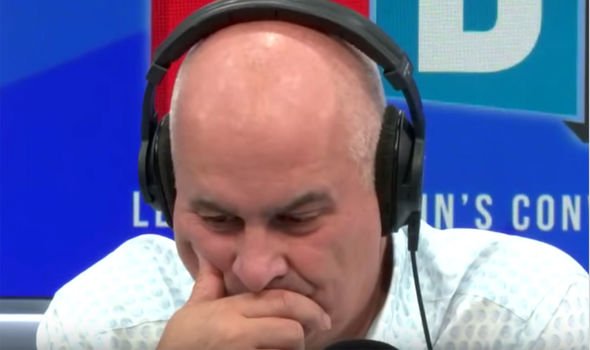 Mr Dale asked: “It sounds very simple. So why are we always regaled by warnings of all the motorways in Kent being clogged up and hours of waits?”

The caller explained: “Well there is an issue on the export side, if there are any delays in Kent it’s always quite difficult to get back out again.

“But the Government have literally today released the project we’ve been working on for quite a few months actually, which is pop-up stations.

“They’ve got 150 pop-up stations and truck parks across the UK and Europe, where drivers can all in and have their paperwork checked so they can approach the border order ready.

“So that they can proceed with their journey, confident that when they hit the border they can progress through the border. Literally only been released this afternoon. 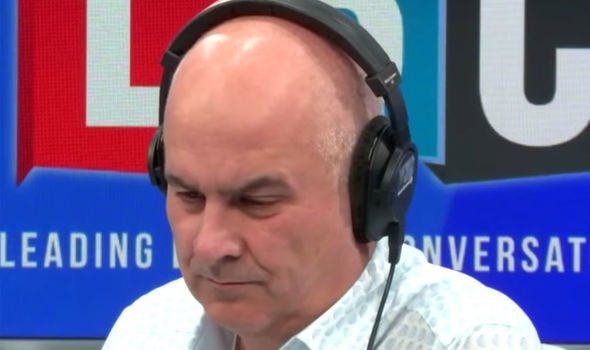 “So they’ve invested in 150 pop-ups that will be manned and capable across all of the UK. So don’t come into Kent unless you’re border ready, is the message.”

Mr Dale later tweeted a clip of the interview, posting: “Listen to a former senior manager at the Port of Dover while he explains why things will operate smoothly even if there is a no deal Brexit. A rather different take from the usual Project Feat rhetoric we normally hear.”

The comments follow Dominic Grieve’s demand for all written and electronic contact about the temporary suspension of Parliament and Operation Yellowhammer documents since July 23 to be released being approved by 311 votes to 302, majority nine. 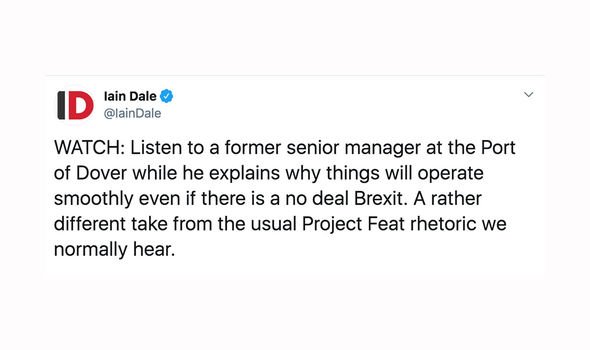 The vote is binding on the Government, but had been strongly opposed by ministers who said there were concerns about the scope of the documents requested, and that they had been sufficiently clear on the subject.

His motion asked for all correspondence and communications, including WhatsApp, Telegram, Signal, Facebook messenger, private email accounts, text messages, iMessage and official and personal mobile phones connected to the Government to be handed over.

Meanwhile, a legal bid to challenge the suspension of parliament has succeeded at the appeal court in Edinburgh, with judges ruling Boris Johnson’s prorogation of parliament to be “unlawful”.

A group of around 70 parliamentarians had appealed against a ruling by a judge at the court that Boris Johnson’s prorogation of Parliament was lawful.

Judge Lord Doherty originally dismissed a challenge against the suspension – which went ahead in the early hours of Tuesday – at the Court of Session last Wednesday, saying it is for politicians and not the courts to decide.

But three judges of the Inner House, the supreme civil court in Scotland, disagreed with Lord Doherty’s ruling. The UK Government plans to appeal against the latest ruling to the Supreme Court.