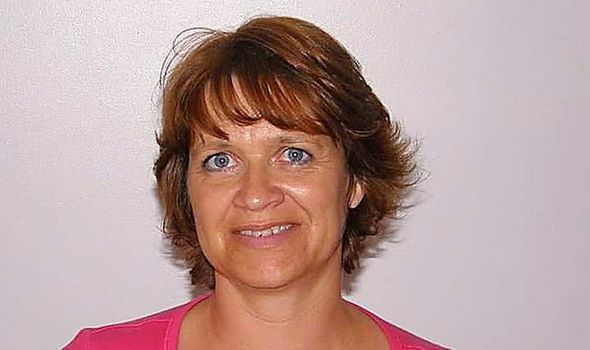 Ian Stewart, 61, is accused of killing his 47-year-old wife Diane and tricking doctors into believing she died during an epileptic fit. Scientific tests have now revealed the cause of death was “restricted breathing” from an outside source, jurors were told.

Huntingdon Crown Court heard Stewart behaved oddly at Diane’s funeral and soon began a new relationship. But Stewart’s sons Jamie and Oliver told the jury he was badly affected by their mother’s death.

Oliver, 15 at the time, wept as he described the moment he identified his mum after being brought home from school by a neighbour.

He saw ambulances outside and initially feared his father had suffered another bout of myasthenia gravis – a rare long-term condition that causes muscle weakness.

However, a police officer or paramedic told him his mother had died.

Sobbing, Oliver told the court: “She had foam coming out of her mouth.

“I gave her one last kiss. I knew she was epileptic, I had seen the foam in her mouth, it added up.”

Amjad Malik, QC, defending, asked how his father was at the time. Oliver replied: “In bits.”

The court heard Diane died at the family home in Bassingbourn, Cambs, in June 2010.

Jamie was 18 and took his driving test that day. He said his dad was “in tears and very upset”.

He added: “I think the neighbour and paramedics were trying to console him”. Jamie said he knew his mother was epileptic and took two tablets every morning. He said he had never seen her have a fit.

Jamie also told the jury his mother and father rowed in the week before she died but he could not hear what it had been about.

When Mr Malik asked him to describe how his dad was at the funeral, Jamie replied: “Devastated.”

Stewart was jailed for life after he was found guilty of murdering fiancee Helen Bailey, a celebrated children’s author, in 2016.

Jurors heard that doctors were able to establish the real cause of Diane’s death by examining preserved tissue.

The defendant’s brother-in-law Philip Bellamy-Lee told the court his wife Wendy – Diane’s sister – wanted to talk to Stewart about her death.

He said: “She tried to talk to Ian on numerous occasions, to try to understand what happened and he simply wouldn’t talk to her.”

Diane met her future husband while they were both students at Salford University in the 1980s.

The court was told the couple later set up home in Cambridge.

Jurors also heard that police discovered during their investigation that Diane donated her brain to medical research. The trial continues.