Brexit talks continue to stall despite “intensified” discussions last week as both the EU and UK refuse to back down on their respective demands. Brussels has told the UK it must open up its fishing waters if Britain is to be allowed access to European markets. The bloc’s negotiator, Michel Barnier, has also warned Prime Minister Boris Johnson and co that the UK must abide by the EUs level playing field on regulation if a deal is to be struck. With Mr Johnson reluctant to compromise on his Brexit campaign promises, a no deal scenario looks increasingly likely.

France has also become a major stumbling block, as its President Emmanuel Macron continues to take a hardline approach on fisheries.

Government sources hope German Chancellor Angela Merkel will intervene to break the impasse, the Telegraph reports, as some member states push for compromise to get a deal over the line.

This isn’t the first time divisions have been apparent in the EU over its approach to the UK.

Mr Barnier was accused of aggression by EU insiders in 2018 for his approach to talks, with one saying if they were from Britain they would be tempted to walk away.

One EU diplomat for a country sympathetic to Britain said: “Could anyone accept these terms? If I was Britain I would be tempted to say ‘no’ – walk away and then see how the EU does without the money.” 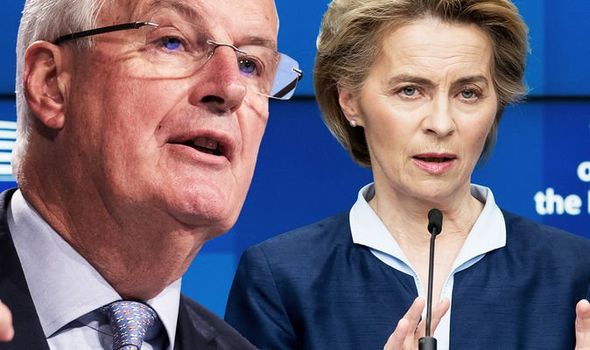 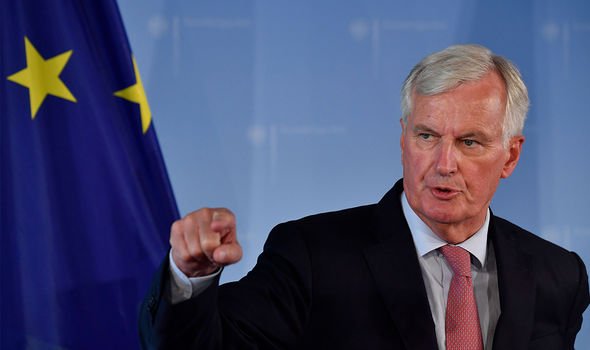 Daniel Kawczynski, the Conservative MP who chairs the all-party parliamentary group on Poland and has regular contact with Polish figures, said: “In private, many Polish politicians are expressing regret at the Commission not treating Britain with due consideration and respect.”

Another Whitehall source told the Telegraph: “My understanding is the French were cross at the lack of consultation on the so called legal document, which was really an aggressive political opening salvo.

“The Nordics and East Europeans are also fracturing the coalition. Barnier… fears having his legs cut off by the Franco/German alliance – hence his belligerent tone.” 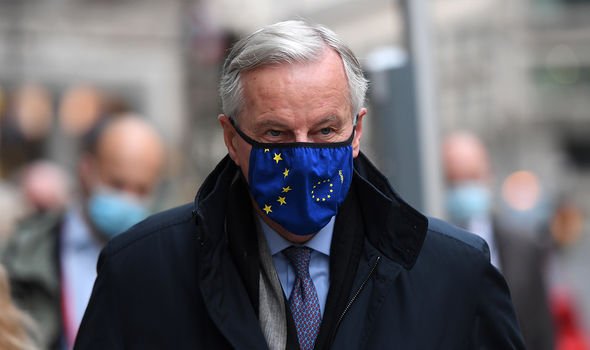 One EU diplomat based in London acknowledged that “some countries might be happier than others” but pointed out that Mr Barnier’s pronouncements were part of a negotiation and not “written in stone”.

The EU has appeared united for most of the talks, but Mr Barnier reportedly sparked anger from coastal countries in recent weeks.

Mr Barnier spoke by video link to ministers from the Group of Eight, including Ireland, Belgium, Spain, Netherlands, Denmark, Germany, France and Sweden. 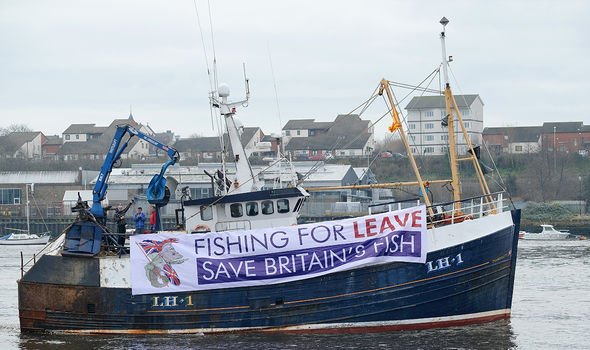 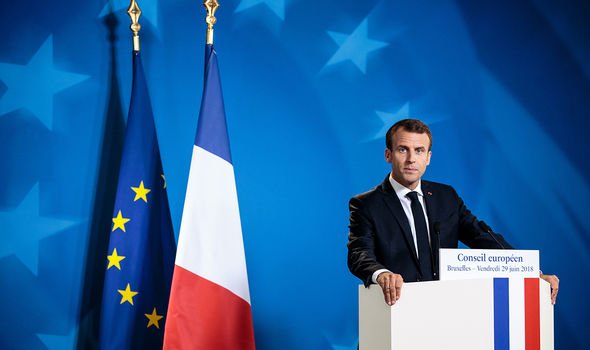 Sean O’Donoghue, chief executive of the Killybegs Fishermen’s Organisation, said: “Barnier is trying to twist [fisheries ministers’] arms, but my understanding is that he hasn’t been successful in doing that.”

RTE reported that Mr Barnier was looking to compromise in the Brexit talks, but reverted to a hardline on fisheries after the member states’ anger.