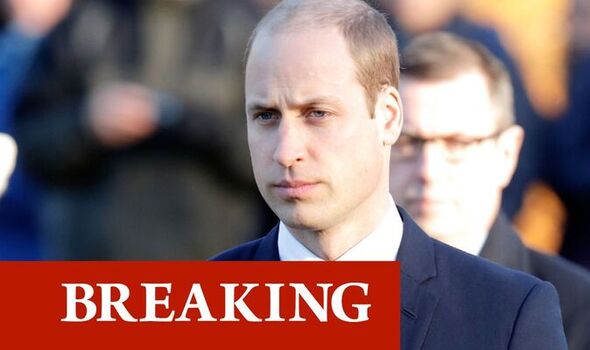 Mr Abe was shot dead while giving a speech at a political campaign event.

Prince William’s tribute to the former Japanese PM referred to the “warmth and generosity” he had shown the Royal when he visited.

“A true statesman and committed leader. I won’t forget the warmth and generosity he extended to me during my visit to Japan in 2015.

“My thoughts are with his family and the people of Japan.”

The Queen has also issued a message of condolence for Mr Abe’s death, offering her “deepest sympathy” for the people of Japan.

Her Majesty said she and the family were “deeply saddened” to learn of his death.

She added: “I have fond memories of meeting Mr Abe and his wife during their visit to the United Kingdom in 2016.

“His love for Japan, and his desire to forge ever-closer bonds with the United Kingdom, were clear.

“I wish to convey my deepest sympathy and condolences to his family and to the people of Japan at this difficult time.”

Mr Abe was shot at twice while he was giving a speech on a street in the city of Nara on Friday morning.

Security officials at the scene tackled the gunman, and a 41-year-old suspect is now in police custody.

The suspect, named as Tetsuya Yamagami, admitted shooting Abe with a homemade gun

Police said Mr Yamagami had stated he had a grudge against a “specific organisation”.

Police officers told a news conference that several other handmade weapons like those used in the attack had been confiscated at the suspect’s house.

Explosives had also been found at the home.

Asked by a member of the Japanese media whether the gunman’s intention was to kill Abe, police say only that Mr Yamagami admitted to shooting the former PM.

Prime Minister Fumio Kishida condemned the attack, saying: “It is barbaric and malicious and it cannot be tolerated.”

This attack was “an act of brutality that happened during the elections – the very foundation of our democracy – and is absolutely unforgivable,” Mr Kishida said, speaking before Abe’s death was confirmed.

The former Prime Minister suffered two bullet wounds to the neck in the attack, as well as damage to his heart.

The 67-year-old was initially said to be conscious and responsive after the attack – but his condition then worsened.