People are irate after the government ordered restaurants and bars closed in Marseille and Aix-en-Provence, the only two cities in mainland France to face such measures. 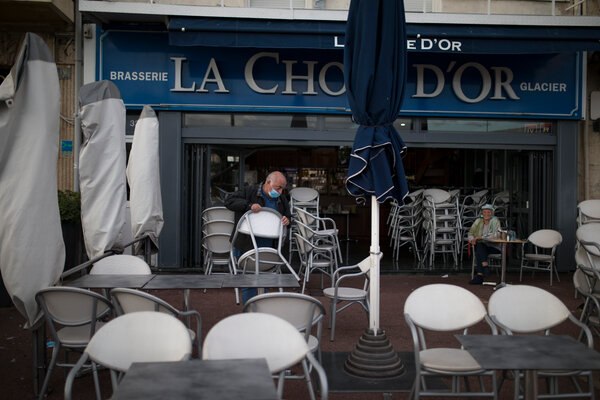 PARIS — The longstanding antagonism that pits Paris, the occasionally overbearing French capital, against Marseille, its sunnier, more rambunctious rival on the Mediterranean coast, has found a new battleground: the coronavirus.

Politicians and businesses in Marseille and its neighbor, Aix-en-Provence, are furious since the government ordered all bars, cafes and restaurants in those two cities — and nowhere else in mainland France — closed for 15 days starting on Sunday evening, to counter rising Covid-19 hospitalizations in the region.

“It’s a catastrophe, we are all anticipating permanent closures,” said Laurent Ceccarini, the owner of two restaurants, both a short walk from the Old Port in Marseille.

Mr. Ceccarini said he was experiencing an unpleasant sense of déjà-vu as he threw out perishable goods and prepared to put his roughly 40 employees back on paid furlough, just like in March, when France went on a full, countrywide lockdown.

In the center of Marseille, a city of over 800,000 residents, French television on Monday showed some shuttered cafes and others that had briefly flouted the restrictions — until patrolling police officers calmly but sternly asked coffee-sipping customers to leave the sun-drenched terraces.

National authorities and some local health officials say the closures are a painful but necessary brake to prevent hospitals in both cities from being overwhelmed.

In Marseille’s main hospitals, there are currently 177 Covid-19 patients, up from 66 a month ago, and 50 of them are taking up more than half of all available beds in intensive care units, according to the public hospital system. 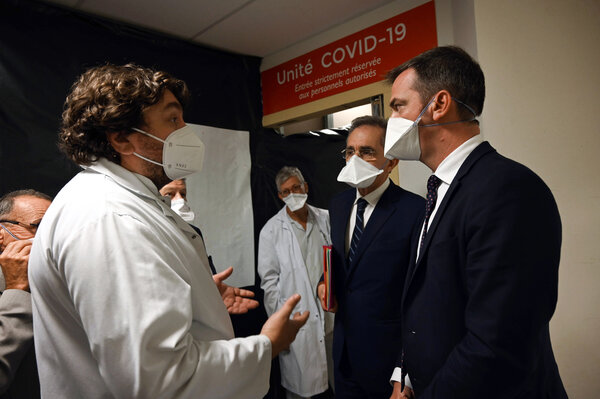 Olivier Véran, France’s health minister, said last week that the measures were “temporary” but not “arbitrary.”

“If we ran the risk of waiting to see if the situation improved on its own, we would also run the risk of having to impose even stronger measures in the coming days or weeks,” said Mr. Véran, who on Friday rushed to Marseille, where criticism has been most vocal, to try to quell the frustration.