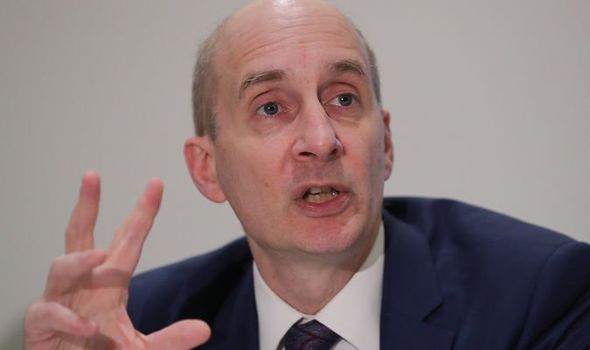 Andrew Adonis, a Labour peer and arch Remoaner, tweeted the claim this morning. However, Twitter users were quick to point out reports of Brexit Britain triumphs, including a boom to the fishing industry in Brixham and record sales by UK-based Bentley motor company.

“It spent 6 months trying to locate the ‘Brexit dividend’ but hasn’t found it although it searched every corner of the Treasury and Number 10.”

New research suggested that investors were looking to capitalise on new regulations in the sector.

According to City AM, total investment into the industry in the UK jumped over 217 percent in 2021, to $11.6billion (£8.6billion), putting the UK second in the world behind the US.

The UK’s fintech sector outpaced the rest of the Europe. Overall, $24.3billion (£18.0billion) was invested across Europe, with the UK attracting nearly half of that.

Others also pointed to recent news that Bentley Motors, the luxury car manufacture based in Crewe, recorded its highest sales ever.

According to the Times, the boom was driven by wealth buyers in the Asian market, with the company reporting a 40 percent rise in sales to China and 37 percent rise to the wider Asia Pacific region.

Responding to Lord Adonis, @dannylepelley said: “The Brexit benefit being touted is the boom to the Brixham fishing industry.

“So there it is, the benefits of Brexit so far.”

Last week, it was reported that Brixham Fish Market had posted the highest sales in its history for 2021, selling over £43.6million worth of fish.

And yet this port has just clocked up the highest sales in its history. For, in 2021, Brixham sold £43.6 million of fish.

Barry Young, Brixham Trawler Agents managing director, told DevonLive: “We have shown there is a positive story to tell.”

Meanwhile, @TimBerry117 wrote: “Without Brexit the UK would not have had the benefit of the vaccine program being world leading.

“Brexit will be proven to be to the UK advantage.

“Politicians need to be positive about it, support it and make it a success. That is what the public want.

According to the Government, the Brexit Opportunities Unit was established by then-Brexit Secretary David Frost to “play a crucial role in setting the strategy for the Government’s ambitious approach to regulation, reviewing and reforming existing policy and regulation, and supporting the scrutiny and introduction of new regulation.”