Mr Blackford was wrapping up his question about the lobbying scandal involving entrepreneur James Dyson when his dog, Maisie, started barking in the background. The House of Commons then erupted in laughter at the timely interference, the video of which is now being circulated on Twitter.

During the Prime Minister’s response to the question, he said: “I thought that his dog just made a more sensible contribution just now than he did.”

Not long after PMQs, Mr Blackford tweeted a picture of himself with Maisie to introduce the pooch to the public as she was not visible on camera at the time.

He took the opportunity to take a jab at the Prime Minister and emphasise the point he was trying to make when the barking began.

The SNP leader wrote: “Here is the offending Maisie who seem to want to call out the behaviour of @BorisJohnson.” 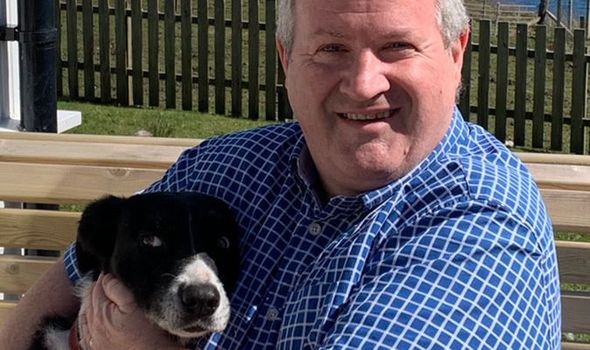 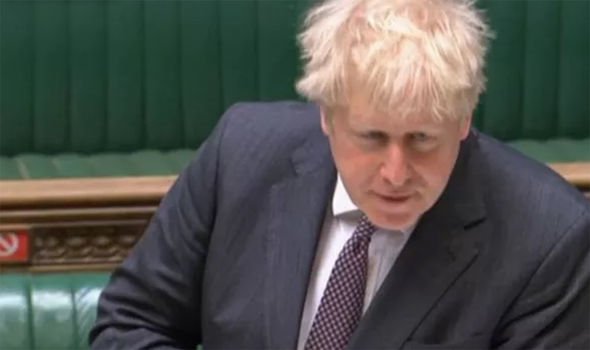 Shortly after, he followed the tweet up with another, saying: “If the PM says there is nothing to see here let’s have the transparency he has promised today. The 3 million people left behind by his Gov didn’t have a David Cameron or a James Dyson to text the Prime Minister for them. Even my dog Maisie knows @BorisJohnson is at it #PMQs”

Mr Blackford’s dog has since taken centre stage in the PMQs discussion on Twitter, with users sharing their thoughts on what happened.

One said: “Best performer at this #PMQs by a long way: Blackford’s dog.”

An amused tweeter stated: “Enjoyed this. Politics sometimes needs a wee laugh in between. Maybe get the sheep the next time.” 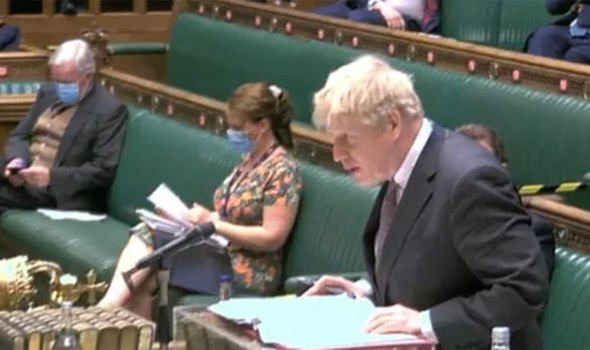 Another wrote: “I think #PMQs would be improved if Johnson’s answers were replaced with a dog barking. It would be more coherent, accurate, interesting and a lot closer to actually answering the questions, than he is.”

A third claimed: “Just tuned into #pmqs in time to hear Boris say to @Ianblackford_MP that his dog had contributed more to his question than he did. Put a smile on my face!”

One tweeted: “My dog was telling me that she was using bad words in dog talk with specific reference to Tory corruption.”

The SNP leader now joins the long list of people to be disrupted during a virtual meeting when working from home.