The closing of beloved bookstores is the latest in a series of blows to the neighborhood’s cultural vibrancy, a long decline accelerated by the pandemic. 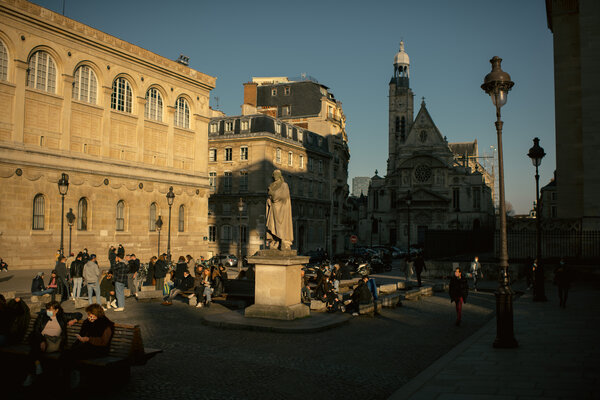 PARIS — With their bright yellow awnings and sagging iron shelves, the Gibert Jeune bookstores, which sell cheap secondhand books, have been a fixture of the Latin Quarter in Paris for over a century, a mainstay of the neighborhood’s shabby-chic intellectual life and beloved by tourists too.

“So old and unchangeable,” said Anny Louchart, 74, a longtime customer who was recently rummaging through boxes of paperbacks at one of the stores, her voice filled with nostalgia.

But a sales assistant told Ms. Louchart that four of the store’s seven outposts in the area, including the one she stood in, would soon close, hard hit by a drop in sales because of the pandemic.

“It closes down,” she said, “and with it a part of the neighborhood collapses.”

The fate of the Gibert Jeune bookstores, some of which date to the late 19th century, is just the latest in a series of emblematic closings that have eroded the cultural identity of the Latin Quarter as the hub of Parisian letters, home to countless writers, philosophers, artists, revolutionaries and students. 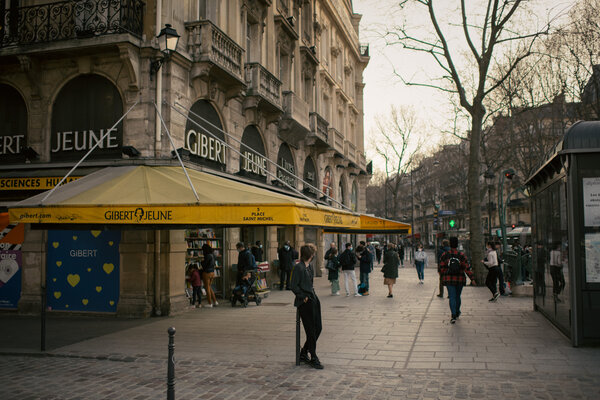 The gentrification that many Parisians fear is robbing their city of its soul has not spared the Latin Quarter, where fashion stores and fast-food restaurants have taken over many of the spaces once occupied by ancient cafes, bookstores and movie theaters. The neighborhood’s appeal has driven up rents, causing a once-vibrant student life to crumble.

Figures from the urban planning agency Apur show that 42 percent of the Latin Quarter’s bookstores have vanished in the past 20 years, and Paris’s open-air booksellers are also fighting for survival.

But the news of the closings of the Gibert Jeune bookstores — an institution that seemed immortal to many people — has sounded an unusual alarm. It strikes at the very heart of the neighborhood’s identity: access to culture at an affordable price.

Three Gibert Jeune stores just closed, and the fourth was expected to follow suit in the next few days.

“It is this bookstore that best embodied the spirit of the Latin Quarter,” said Éric Anceau, a historian teaching at the Sorbonne, the renowned university founded in the heart of the Latin Quarter in 1253. The name of the area derives from the use of Latin as the language of study by Sorbonne students in the Middle Ages.

Located on the left bank of the Seine, the compact Latin Quarter was spared the razing that created the city’s grand boulevards in the 19th century, its narrow, crooked and cobbled lanes retaining a fragment of medieval Paris. It holds a constellation of tiny movie theaters where, prepandemic, people squeezed in to watch classics for just a few euros, along with the antique bookstores whose dusty windows display yellowing books stacked up to the ceiling.

“It’s culture, accessible to all!” Mr. Anceau said, adding, “We will lose that spirit when we lose Gibert.”