This is the amazing moment a four-year-old girl saved her mum when she collapsed at home.

Mya Bentley called 999 and asked the call handler ‘can you help my mummy?’ after Rachel Lang, 25, suffered a seizure.

The little one was able to tell them her mum’s name and give their address, before letting police and paramedics into the house.

She has been awarded a certificate for her bravery and got to stand up in front of her school class and tell them what she did.

In a stroke of fate, Mya had been taught about emergency calls at school the week before.

Rachel has suffered from Functional Neurological Disorder, which causes stroke-like symptoms and seizures, for two years.

When she experienced an episode and fell to the floor at their home in Hamble, near Southampton, Mya immediately phoned 999.

Around 8pm on an October evening, she told the call handler she was ‘eating a bit of her lunch’ – before revealing that her mother was ‘on the floor’. 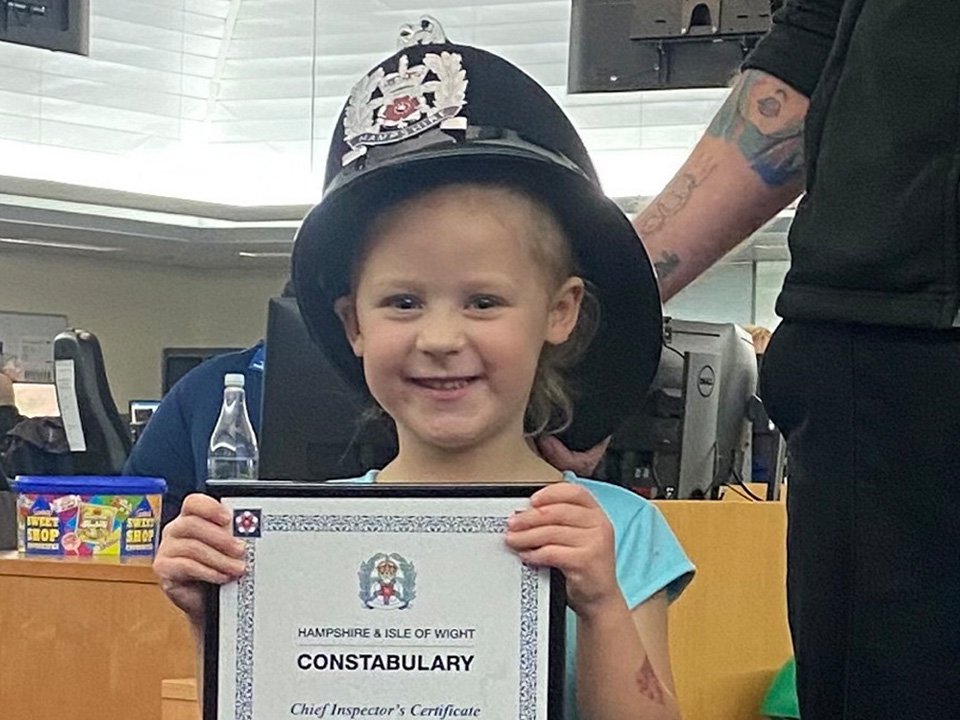 She went on to explain that her dad was at work and told the operator her mum was ‘sleeping’.

‘Can you help my mummy?’, she can be heard asking repeatedly, with the controller reassuring her he will.

Thanks to Mya’s quick thinking, Rachel was able to access the help she needed.

The proud mum has said she can’t remember much of what happened, as Mya was trying to wake her up but couldn’t.

‘I obviously couldn’t remember what she said but when I came round the police and paramedics said Mya had called them. I couldn’t believe it, I didn’t know she knew how to do that’, Rachel said.

‘I said, “my four-year-old called you on my phone?” and they said “yeah, she did really well”, she was able to say our names and where we lived.

‘I’m really, really proud of her. I’m amazed that she was able to do that and that she knew what to say and stayed so calm and didn’t panic.’

Mya and Rachel visited Hampshire Constabulary’s control room on Tuesday, where the four-year-old was given a certificate for her incredible actions.

Rachel has thanked the NHS workers who came to her aid – especially police controller Paul Dawes, 45, who took the call.

Rachel said: ‘I just want to say a big thank you to the man who answered the phone because he kept her calm and kept her on the phone, sometimes with four-year-olds they can get easily distracted so he did a really good job.’

Paul has praised Mya saying she ‘did so well for a four-year-old’.

‘I was just doing my job, it was her who was so impressive for such a young girl’, he said.

‘I have been a controller for 13 years. It can be a rewarding career. It is tough work but when calls come in like this one and we get a positive outcome, it makes it all worthwhile.’