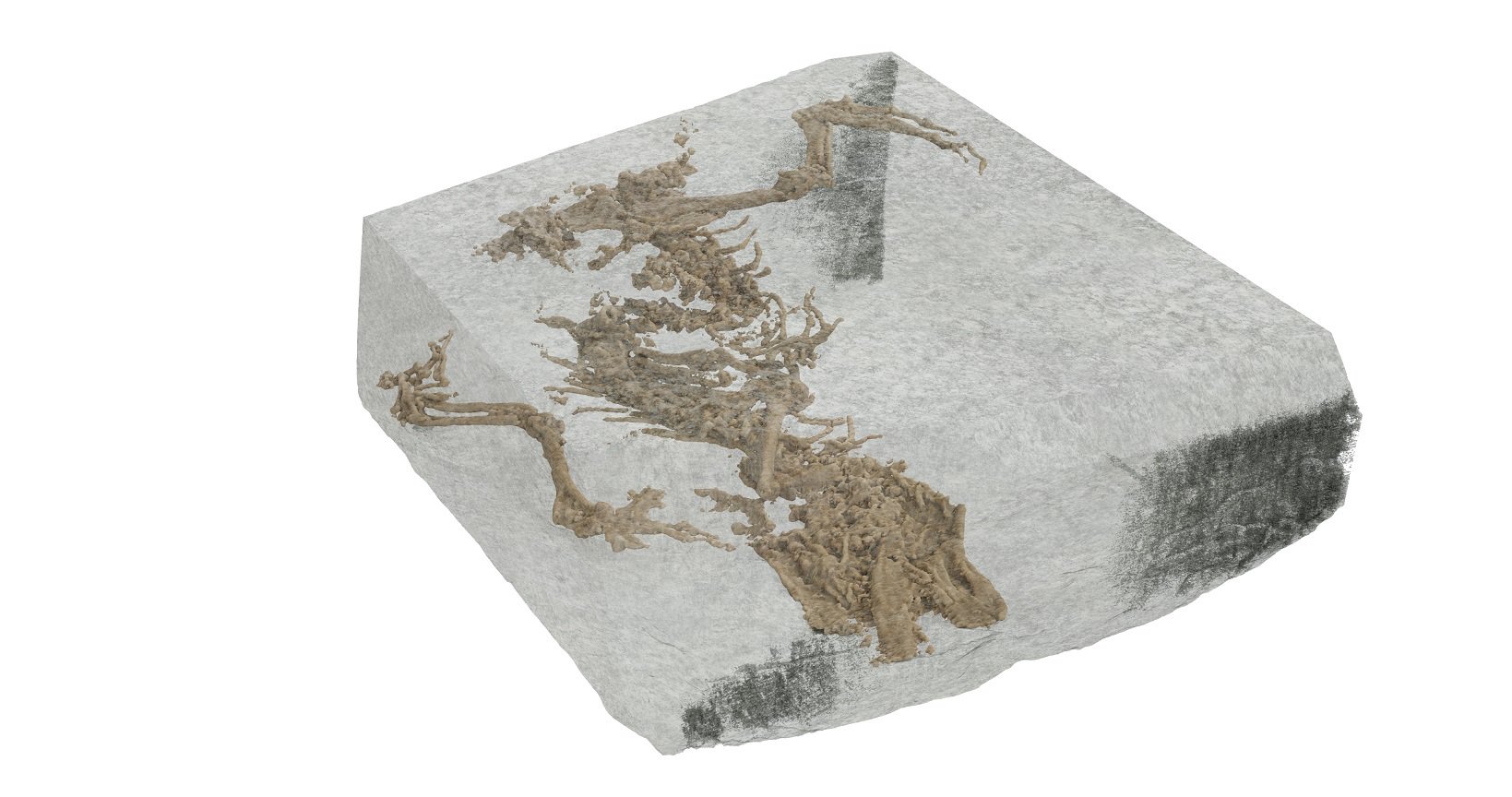 A tiny, 166-million-year-old fossil lizard unearthed in Scotland shows ‘evolution in action’ according to scientists.

What’s more, the little creature is helping to shed light on how reptiles came into existence.

The complete, well-preserved remains of the 6cm-long creature, which lived during the age of dinosaurs, was discovered in the Isle of Skye in 2016.

The experts said their findings, published in the journal Nature, could help in ‘filling gaps in our understanding of evolution and the history of life on Earth’.

Dr Mateusz Talanda of the University of Warsaw and University College London (UCL), who is first author on the study, said: ‘This little fossil lets us see evolution in action.

‘In paleontology, you rarely have the opportunity to work with such complete, well-preserved fossils coming from a time about which we know so little.’

There are more than 10,000 squamate species today – from snakes and chameleons to geckos.

The origins of squamates are thought to lie some 240 million years ago but a lack of fossils has made their early evolution difficult to trace.

The Bellairsia fossil comprises a near-complete skeleton in life-like articulation – the most complete fossil lizard of this age anywhere in the world, according to the researchers.

The only elements absent from the skeleton are the snout and tail, the paleontologists added.

Study co-author Dr Elsa Panciroli of the Oxford University Museum of Natural History and National Museums Scotland, who discovered the fossil, said: ‘It was one of the first fossils I found when I began working on Skye.

‘The little black skull was poking out from the pale limestone, but it was so small I was lucky to spot it.

‘Looking closer I saw the tiny teeth, and realised I’d found something important, but we had no idea until later that almost the whole skeleton was in there.’

To get a more complete picture of Bellairsia, the researchers used an imaging technique known as CT scan – usually used by medical professionals to obtain internal images of the body – to reconstruct the skeleton of Bellairsia.

The scans allowed the researchers to examine the creature in even greater detail, including the skull, hindlimbs and pelvis.

Analysis suggests Bellairsia belongs to what the researchers describe as the ‘stem’ of the squamate family tree and split from other lizards just before the origin of modern groups.

Study co-author Professor Susan Evans, of UCL, who first described and named Bellairsia from a few jaw and skull bones from Oxfordshire 25 years ago, added: ‘It is wonderful to have a complete specimen of this tantalising little lizard, and to see where it fits in the evolutionary tree.

‘Through fossils like Bellairsia we are gaining a better understanding of early lizard anatomy.

‘Angus Bellairs, the lizard embryologist after which Bellairsia was originally named, would have been delighted.’

Bellairsia is one of several new fossil discoveries from the island, including early amphibians and mammals, which are revealing evolution of important animal groups that persist to the present day.