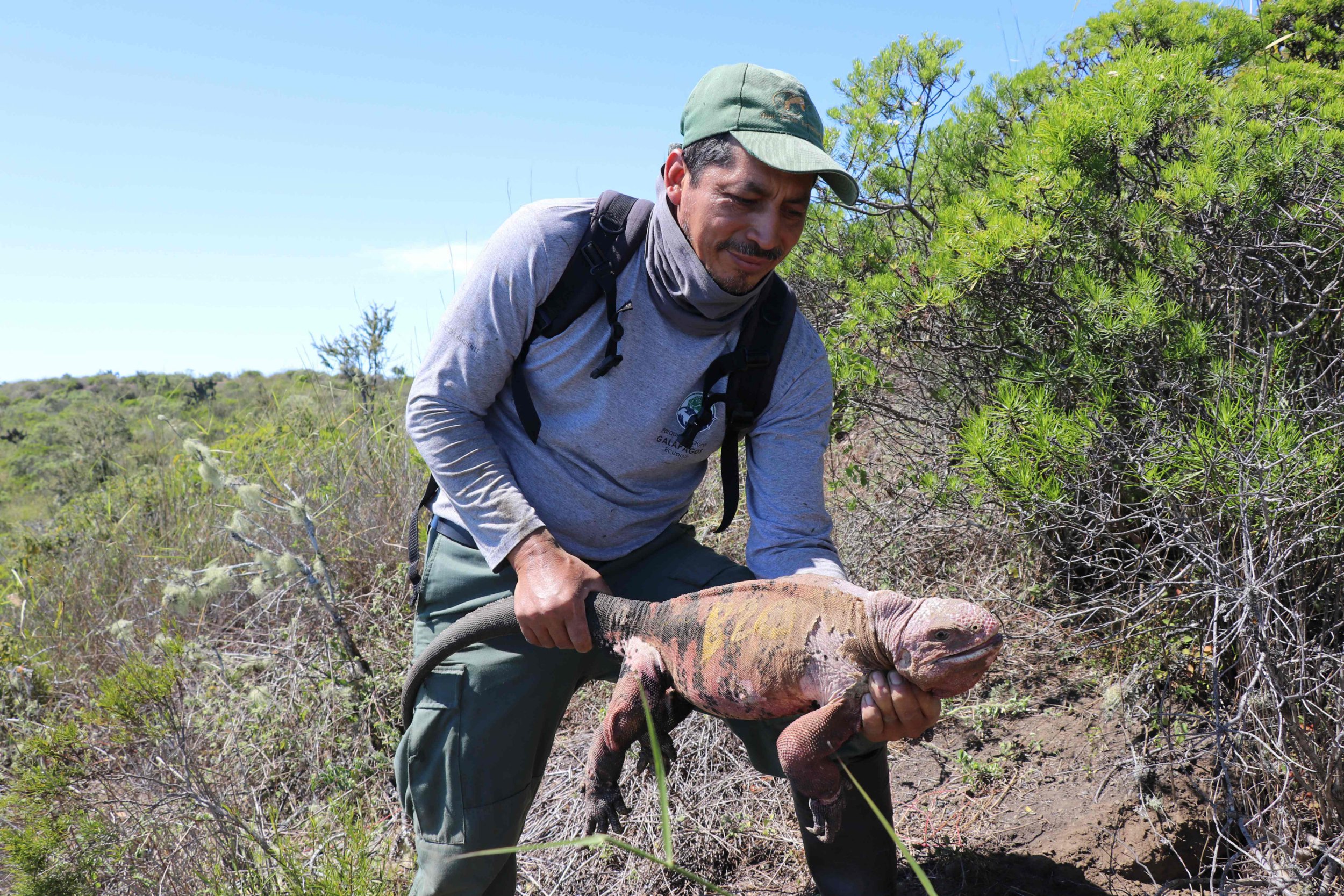 Scientists have discovered, for the very first time, rare iguana hatchlings on the Galápagos Islands.

The Galápagos pink land iguana is an endangered reptile native to a sole island on the Ecuadorean archipelago.

The species was only found a few decades ago in 1986 and it remains one of the most elusive creatures in the wild.

Native only to the slopes of Wolf Volcano on the Galápagos’ Isabela Island, the iguana is considered critically endangered and just several hundred are left, according to estimates.

Scientists are concerend for the future of the species, but have recently discovered a juvenile population hiding on the island.

‘This discovery marks a significant step forward, which allows us to identify a path going forward to save the pink iguana,’ director of the Galapagos National Park Danny Rueda said in a statement on Tuesday.

To keep tabs on the population, rangers have installed hidden cameras around the volcano to watch over them.

The most worrying predator is non-native feral cats, which are known to congregate at iguana nest sites and kill hatchlings at their most vulnerable moment. Having spent days digging out from their underground nests, the young iguanas emerge and are easy prey for the cats.

‘The discovery of the first ever nest and young Pink Iguanas together with evidence of the critical threats to their survival has also given us the first hope for saving this enigmatic species from extinction,’ added Dr. Paul Salaman, President of Galápagos Conservancy.

‘And we’re so proud of our partnership with the Galápagos National Park that has yet again resulted in a huge stride forward towards saving the precious and unique biodiversity of Galápagos.

‘Now our work begins to save the Pink Iguana.’