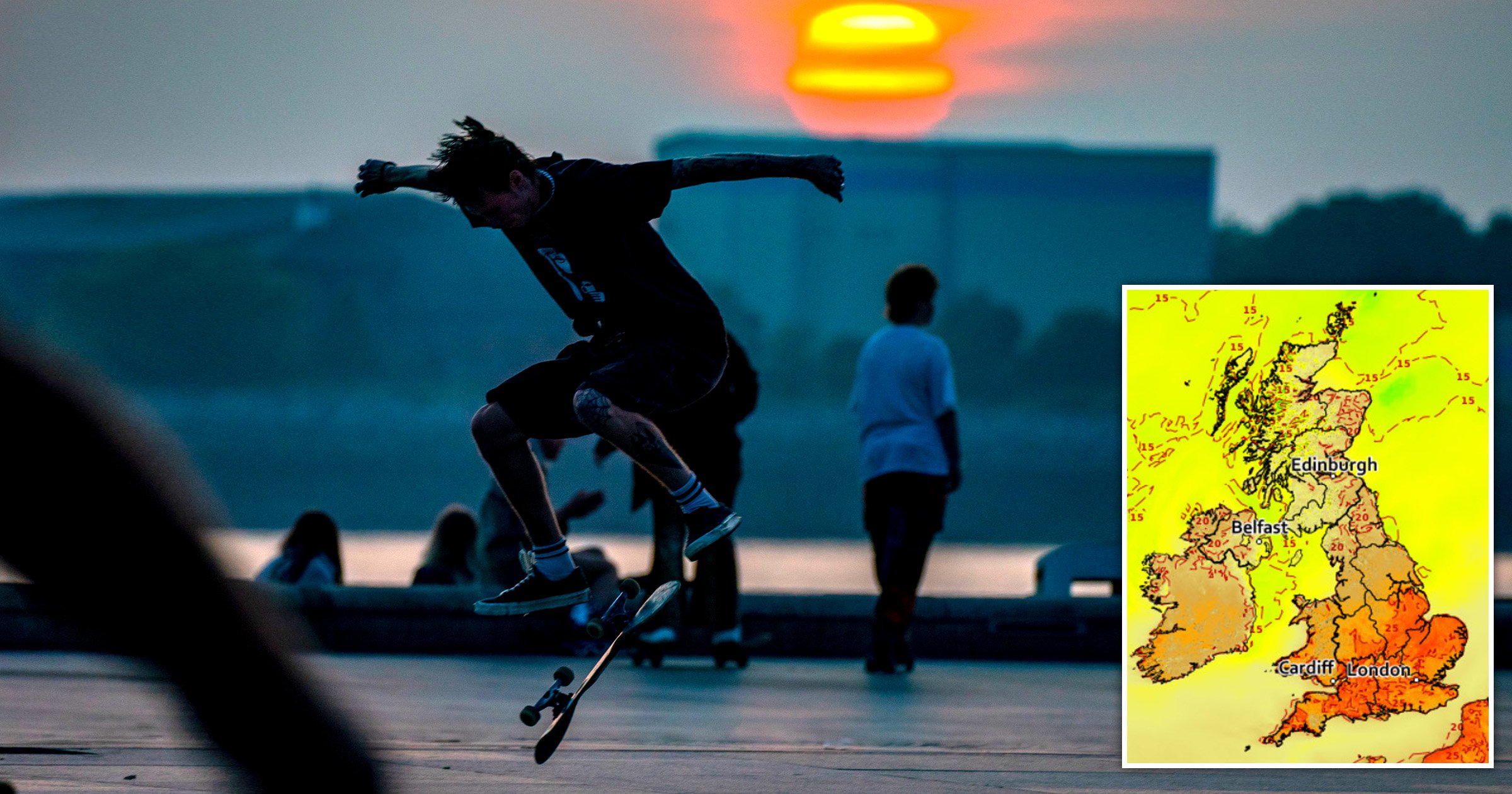 An official heatwave is expected in parts of the UK this week with temperatures set to reach up to a sweltering 30°C today.

The country is enjoying a warm start to September – and the highest temperatures since July – but forecasters predict nationwide thunderstorms ahead.

Greg Dewhurst, a Met Office meteorologist, said central and eastern England are the likely areas that could experience a maximum of 30°C today.

More widely across England and Wales, conditions will be in the mid- to high-20s, while Scotland and Northern Ireland could see temperatures around 24°C to 25°C.

Mr Dewhurst said low pressure moving in from the South West on Wednesday make it ‘less hot’ in parts of Wales and Northern Ireland, but ‘hot air’ will remain in central and eastern England and Scotland, bringing highs of 26°C to 29°C.

He added that central and eastern parts of England were ‘most likely’ to record an official heatwave across Monday to Wednesday, but will only ‘just about make it’.

These include 25°C for Wales, Scotland and south-western England, 27°C for southern and eastern England and 28°C for London.

Mr Dewhurst added: ‘We often get a warmer spell particularly early on in September.

‘August was particularly cool… and cloudy, so this spell is the warmest spell of weather since July for the UK.’

But temperatures will fall later in the week, with an increased risk of some heavy showers.

The UK long-range weather forecast for the period of Saturday, September 11, and Monday, September 20, shows that the start of the period is looking mixed, with areas of cloud and some showery rain along with increasing areas of good sunny spells and dry weather.

There is a chance of sunnier, drier conditions moving in from the West or North West during this time.

Conditions, however, will become less settled towards the middle of the period, with showers and chances of longer spells of rain, which could become heavy, particularly in the west and northwest.

Forecasters confirmed that thunderstorms are possible throughout the UK.

September has already beaten this August’s highest temperature of 27.2°C in the UK, which last happened in 2016.

The current warm weather follows the official end of summer, from a meteorological point of view, which is considered to be August 31.