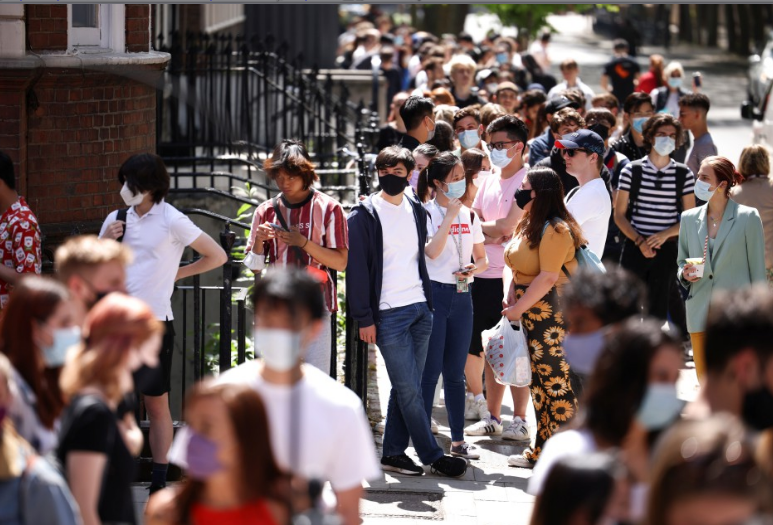 The Health Secretary has said it’s ‘too early to say’ if lockdown restrictions can be lifted on June 21 as the latest data shows the Indian variant is 40% more transmissible.

Matt Hancock said the most recent evidence showed the variant first detected in India – which the World Health Organisation renamed Delta – was 40% more transmissible than the Kent (Alpha) strain.

When asked if ‘Freedom Day’ could go ahead in two weeks, he told Sky News: ‘It’s too early to make a final decision on that. The Prime Minister and I and the team will be looking at all the data over this week.

‘We’ve said that we’ll give people enough time ahead of the June 21 date.’ 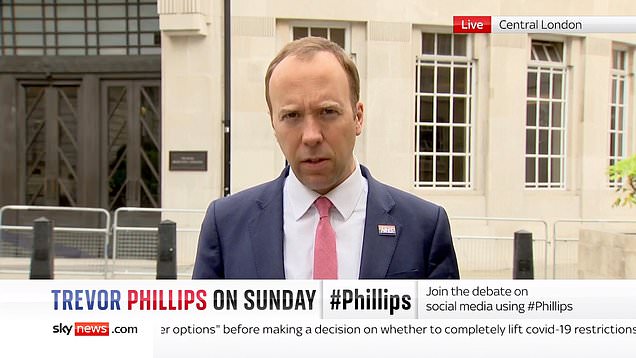 He said vaccines appear to have ‘broken the chain’ between Covid infections and severe illnesses or deaths.

It comes despite warnings from Public Health England that the variant – now the most dominant strain in the UK – may carry a higher risk of hospitalisation.

Confirmed cases of the variant rose nearly 80 per cent over the last week to 12,431.

Speaking to BBC Breakfast on Saturday, Mr Hopson said the profile patients hospitalised with the virus in Bolton, which has the highest number of Indian variant cases in England, was becoming healthier.

Yesterday, another 5,765 people were diagnosed with Covid in the UK, with a further 13 deaths.