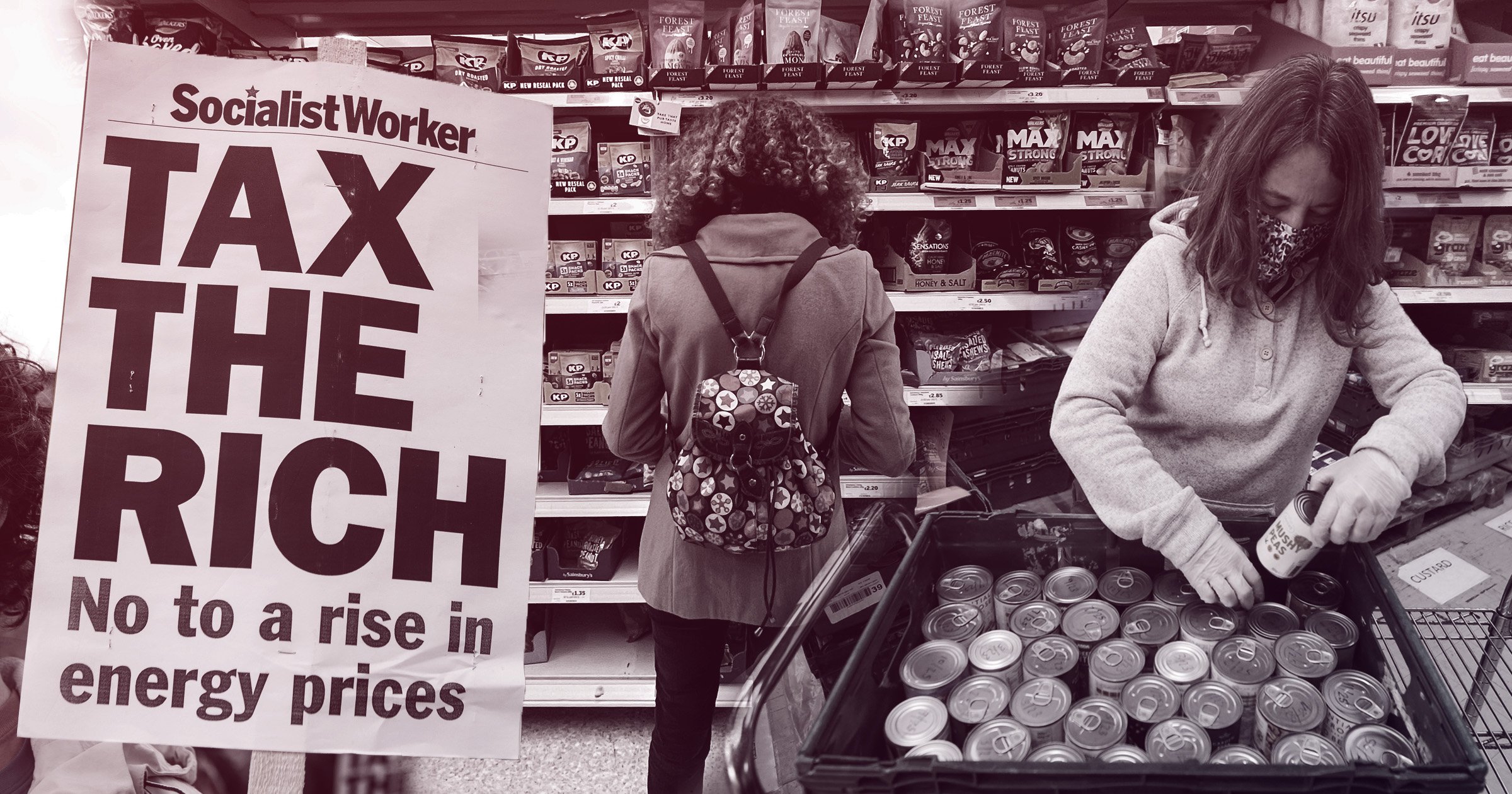 Inflation has risen to its highest level in 40 years as the deteriorating cost of living crisis continues to put millions of families under pressure.

The financial pain felt by households in the UK was laid bare on Wednesday when new data from the Office for National Statistics showed the rate soared to 9.1% in the year to April.

It was the fastest measured rate since records began in 1989, and the ONS estimates it was the highest since 1982.

A large portion of the rise was due to the price cap on energy bills, which was hiked by 54% for the average household at the start of the month.

Grant Fitzner, chief economist at the ONS, said: ‘Inflation rose steeply in April, driven by the sharp climb in electricity and gas prices as the higher price cap came into effect.

‘Around three-quarters of the increase in the annual rate this month came from utility bills.

‘We have also published new modelled historical estimates today which show that CPI annual inflation was last higher 40 years ago.’

The figures will add to pressure faced by households to cut back on bills and everyday spending.

Already ahead of the figures being released, surveys showed that people were switching to cheaper alternatives, and trying to control how much energy they use to run their homes.

Much of the jump is down to the high cost of energy on international markets, especially gas, although oil prices have also shot up.

This has also pushed up the price of many other items, including food, which are made or transported using gas and oil-based products. The war in Ukraine has also hit global food supplies.

Chancellor Rishi Sunak said that inflation is hitting countries around the world, and pointed to energy prices as a main culprit.

‘We cannot protect people completely from these global challenges but are providing significant support where we can, and stand ready to take further action,’ he said.

But the figures prompted further calls from the opposition for Mr Sunak to do more for ordinary people.

Shadow chancellor Rachel Reeves said that the news was ‘a huge worry for families already stretched’.

‘We can’t wait any longer for action from this out-of-touch Government,’ she said.

‘Today, Labour force a vote for an Emergency Budget and for a plan for growth.’

The British Chambers of Commerce (BCC) warned that “unprecedented” inflation could spark a recession later in the year.

‘The marked acceleration in the headline rate in April reflected the continued upward pressure on prices from surging energy and commodity costs, as well as the energy price cap rise and the reversal of the VAT reduction for hospitality in the month,’ said BCC head of economics Suren Thiru.

‘The scale at which inflation is damaging key drivers of UK output, including consumer spending and business investment, is unprecedented and means there is a real chance the UK will be in recession by the third quarter of the year.’