Across the UK, ex-servicemen and woman are joining NHS and care service staff to help the country fight its greatest challenge since the SecondWorldWar. From setting up and running the Nightingale hospitals to working in care homes, they are stepping up once again to serve their country in its hour of need. One recruit is former warrant officer second class Mark “Lofty” Taylor, 52, who has been instrumental in turning London’s Excel exhibition centre into the country’s first Nightingale hospital. 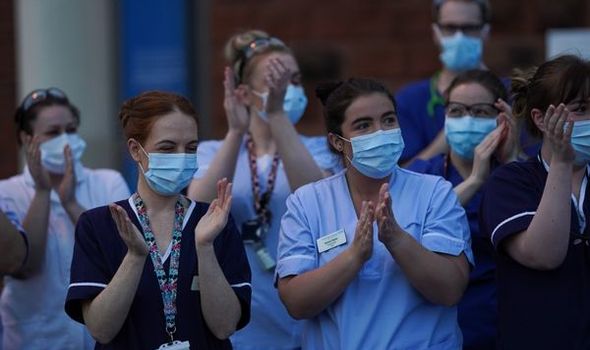 Running the new facility as operations manager is like a tour of duty, he says, with strong camaraderie amongst those working and volunteering there.

Lofty, who is also an ambassador for the veterans’ charity Help for Heroes, said: “I sat down in the first few days of lockdown worrying about what I was going to do.

“I needed to do something and I thought there must be something I can do to again help the country.” He had served 25 years in an infantry regiment until the deaths of two comrades in Iraq in 2004 triggered post-traumatic stress disorder (PTSD).

This resulted in a suicide attempt, the collapse of his marriage and his medical discharge from the Armed Forces.

Describing how he helped get the new hospital up and running in east London, he said: “It was like the chaos of war.

“If you imagine trying to mobilise and supply thousands of troops in the battlefield, it takes time. 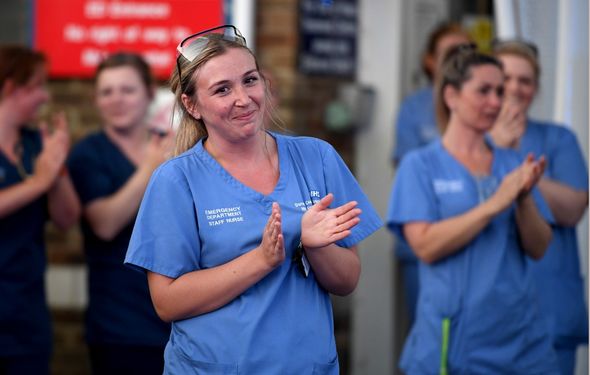 “It has really surprised me how well the NHS has been able to pull this off, the whole NHS has turned itself on its head.

“You really are part of the patients’ journey from the start to hopefully their recovery but unfortunately, because of the nature of Covid-19, patients are passing away.

“They are dealt with such aplomb and dignity.”

Elsewhere Army veteran Gavin Lewis, 48, works as a theatre support worker at the Princess of Wales Hospital in Bridgend.

Gavin, who served in the Royal Regiment of Wales for 12 years, said: “I pledged an oath to the Queen and I feel honoured to be able to still serve my country.”

Gavin, who has also suffered from PTSD, adds: “Every day we ‘don’ and ‘dof’ our PPE at the start of the shift – masks, goggles, respirators – getting ready to do our jobs, supporting the surgeons in theatre. Lots of the patients have Covid.”

Looking to the future, Gavin is optimistic he will be reunited with his Forces friends in the Invictus Games Choir once social distancing rules are relaxed.

Earlier this year they joined Jon Bon Jovi and Invictus founder Prince Harry at Abbey Road Studios to record Unbroken – a song honouring the men and women due to take part in this year’s games. The event has been rescheduled for 2021.

The former RAF physical trainer does respiratory training so they can cover non-ventilated Covid-19 patients, freeing up more experienced staff for the worst cases.

Kelly, 42, who has three children, was injured in a motorbike crash in 2000 and nearly had her foot amputated.

She said of her new job: “We are working very long hours but it is quite remarkable how everybody is ready to be mobilised.” Former senior aircraftwoman Lucy Holt, 27, is working at Lincolnshire Community Health Service.

Her military training helps her ensure the most vulnerable patients are cared for and that nursing homes are kept supplied.

She said: “I am leading a team of five. On a daily basis we are taking medical supplies to our nursing homes and patients as well as supporting the district nurses in the community on their visits.”

Lucy, who is part of the Invictus Games UK Team after suffering a horrific ankle injury whilst playing netball for the RAF, added: “In a crisis we [veterans] just get on and don’t mess around. 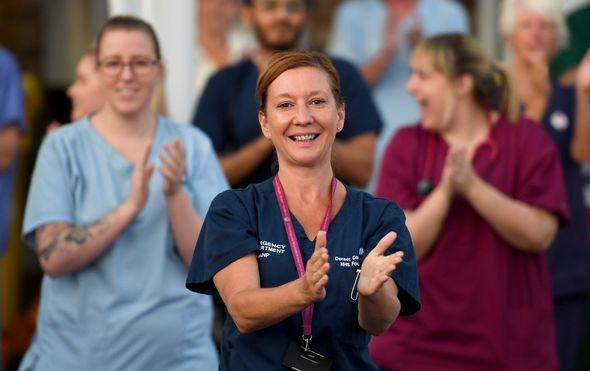 “We are trained to use our initiative.” Lofty says all the veterans are united in one common goal.

“We are fighting to defeat this horrible virus,” he said. “We are beating it, we know the reason why we are here, it’s a common goal and the whole nation is behind us. It is a war we will win.”

He highlighted the courage and determination of CaptainTom Moore as an example of what drives the Armed Forces to help in the battle against Covid-19.

Capt Moore, who served in the Second World War, raised £23million last week for NHS charities by doing 100 laps of his garden ahead of his 100th birthday.

Lofty said: “You know Captain Tom walking up his garden at 99 years old, it’s that selfless commitment that is instilled in everybody that served this country. You have to serve. There is not a veteran who has seen someone who has fallen over, had a heart attack, a car accident, a fire, and would walk on by.

“Now that Covid-19 has hit the world it is an ideal opportunity for wounded, sick or medically discharged veterans to help.”

Lofty, who runs a building services company after getting support from Help for Heroes, volunteered to help the NHS, along with 750,000 other Brits, after Health Secretary Matt Hancock’s rallying cry last month. 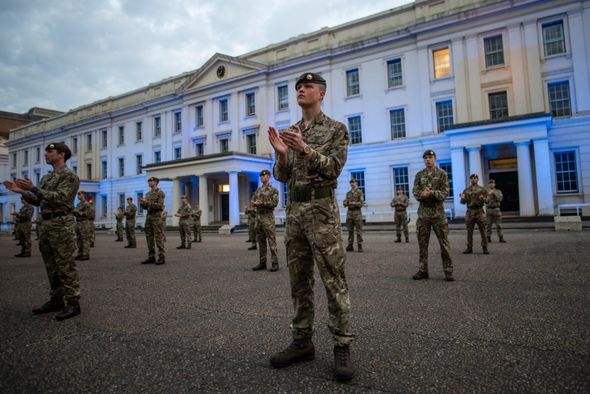 Lofty then heard about the operations manager role at the Nightingale via his old Army boss. He said for some of the “wonderful volunteers” there, it is the first time they have had to work in PPE or confront death – and “some are dealing with it amazingly, unfortunately some are not”.

He added: “It is a dangerous environment but it is safe. It is like deep sea diving – without equipment you would not survive.

“Unfortunately a slight slip and you could catch Covid-19, but hopefully none of us will. You have more chance of catching it on your trip home or doing the weekly shop than at the Nightingale.”

His team do not talk about the virus to try to keep up morale, and are running a competition to see how many steps they can do at work, with Lofty in the lead having covering 154 miles in just 21 days.

Meanwhile Help for Heroes, which has also supported Gavin, Lucy and Kelly, is making its mental health resources – created in partnership with wounded veterans – available online to support healthcare staff and volunteers.

Mel Waters, chief executive of the charity, said: “By stepping up to serve their country again, this time in the nation’s fight against coronavirus, our wounded veterans and their families are showing huge strength once more in the face of adversity.

“The nation’s key workers are all heroes, and we are so proud of our veterans who are doing their bit to help the NHS in these extraordinary times.”

‘I pledged an oath to the Queen, and I feel honoured to still serve’