Insulate Britain is asking motorists to avoid using the M25 motorway from tomorrow or reduce their speed to 20mph to minimise the risk of accidents.

It comes after a nationwide injunction was granted against the environmental group’s protesters on Monday, covering the “entire strategic road network”.

In light of the national injunction, Insulate Britain has declared that as of 7am on Wednesday, the M25 will become “a site of nonviolent civil resistance to stop our government committing crimes against humanity”. 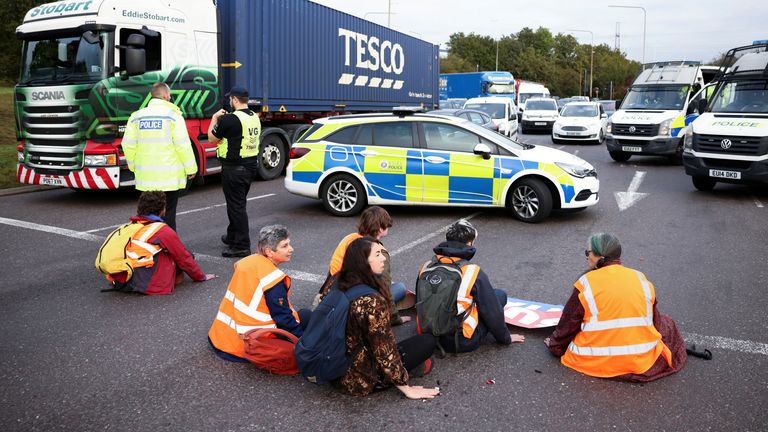 “This government, our government, is actively pursuing policies that will lead to the destruction of our country due to climate catastrophe,” the group said in a statement.

“In a free society, citizens have the right and a duty to rebel against plans which will knowingly result in the deaths of millions.”

Insulate Britain also says that by refusing to insulate Britain’s homes, the government is condemning “thousands to death through fuel poverty this winter, while countless families will once again be cold and hungry”.

The statement adds that it considers the UK government to be in “treasonous betrayal of this country”. 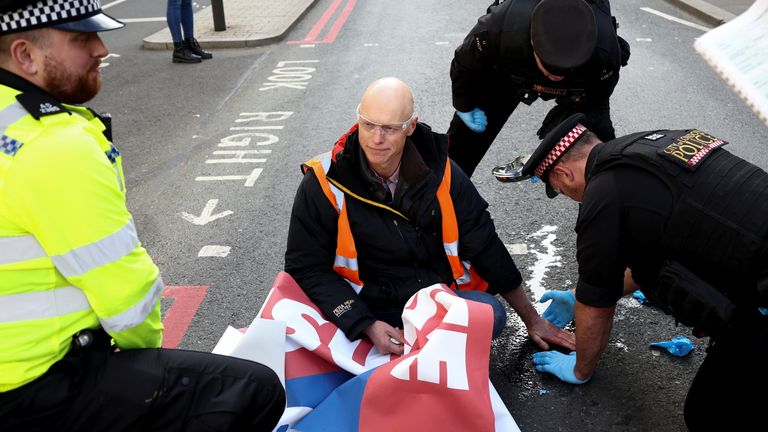 The group also says it is “not concerned with endless injunctions” and just wants to fulfil its “duties and responsibilities at this ‘period of consequence'”.

Insulate Britain, an offshoot of Extinction Rebellion, wants the government to insulate all UK homes by 2030 to cut carbon emissions. 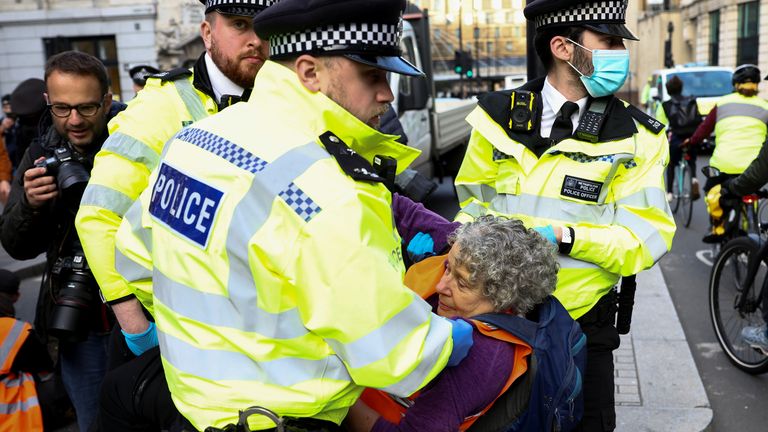 “We are making use of every avenue of existing law to try to prevent the continued life-endangering action being carried out by Insulate Britain, which is causing intolerable disruption to motorists’ lives and livelihoods,” he said.

“This new interim injunction will ban activities that obstruct motorways and major A roads across the entire country.” 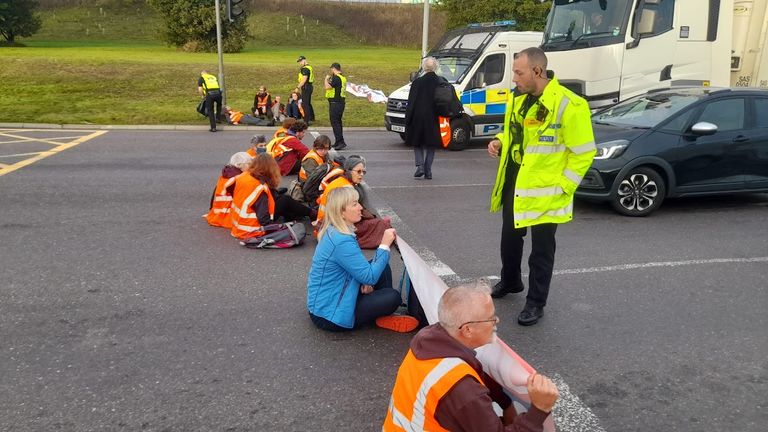 The Department for Transport said the injunction outlawed “activities that obstruct traffic and prevent access to 4,300 miles of motorways and major A roads”, and banned “activities which cause damage to the road surface and infrastructure”, such as protesters gluing themselves to roads.

Anyone who breaches the injunction faces the prospect of time in prison and/or an unlimited fine, and potentially being ordered to pay court costs. The Metropolitan Police said on Monday that 53 people were arrested following Insulate Britain demonstrations in three locations across London.

In a statement, Insulate Britain said that after a 10-day break 61 people blocked three locations across the capital including Upper Thames Street, Bishopsgate and Limehouse Causeway in Canary Wharf – all main routes in and around the city.

The group blocked roads on 14 days over the five weeks to 14 October, with activists often gluing their hands to carriageways to increase the length of time it took for police to remove them.

Hundreds of arrests were made, with some people detained several times.