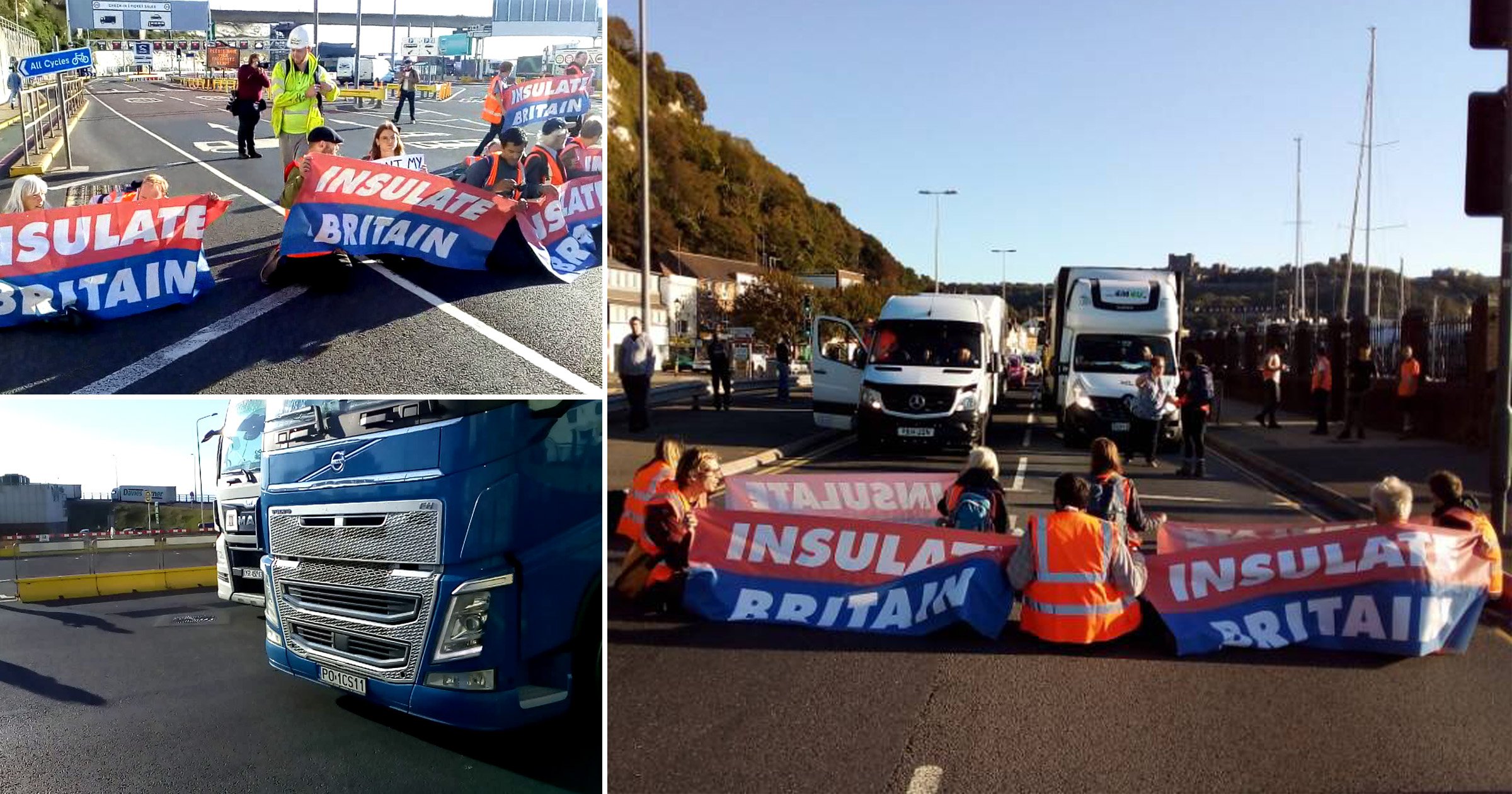 Protesters are now attempting to block roads at the Port of Dover ferry terminal after being banned from causing chaos on the M25.

Around 40 activists from Insulate Britain have been pictured near the port this morning, which is Europe’s busiest ferry port and important for both hauliers and holidaymakers.

The eco group confirmed it has blocked the A20 road in Kent at the Eastern Docks roundabout and near the junction with Union Street for the Western Docks.

A spokesperson for Insulate Britain said: ‘We are sorry for the disruption that we are causing. It seems to be the only way to keep the issue of insulation on the agenda and to draw attention to how poorly insulated homes are causing ill health, misery and early death for many thousands of people.

‘We are failing the country’s cold hungry families and the elderly and placing an enormous burden on the NHS.

‘Insulating our leaky homes is one of the most cost-effective ways to reduce carbon emissions and it has all these additional benefits – reducing fuel poverty, creating jobs, reducing the burden on the NHS and protecting people from overheating during future heat waves. It’s a no-brainer.

‘Boris just needs to get on with the job.’

Police officers are at the scene attempting to direct traffic as huge queues of lorries build up.

One protester has climbed on top of a tanker which has been stopped by the activists.

He is holding a sign which reads: ‘Arrested four times because I am in mourning for life on earth.’

The Port of Dover has warned travellers to prepare for potential delays and allow plenty of time for their journey.

A spokesperson said: ‘Protesters are currently blocking the entrance to the Port. Kent Police are on the scene.

‘Allow plenty of time for your journey and check with your ferry operator for updates. The port remains open but the entrance is blocked.’