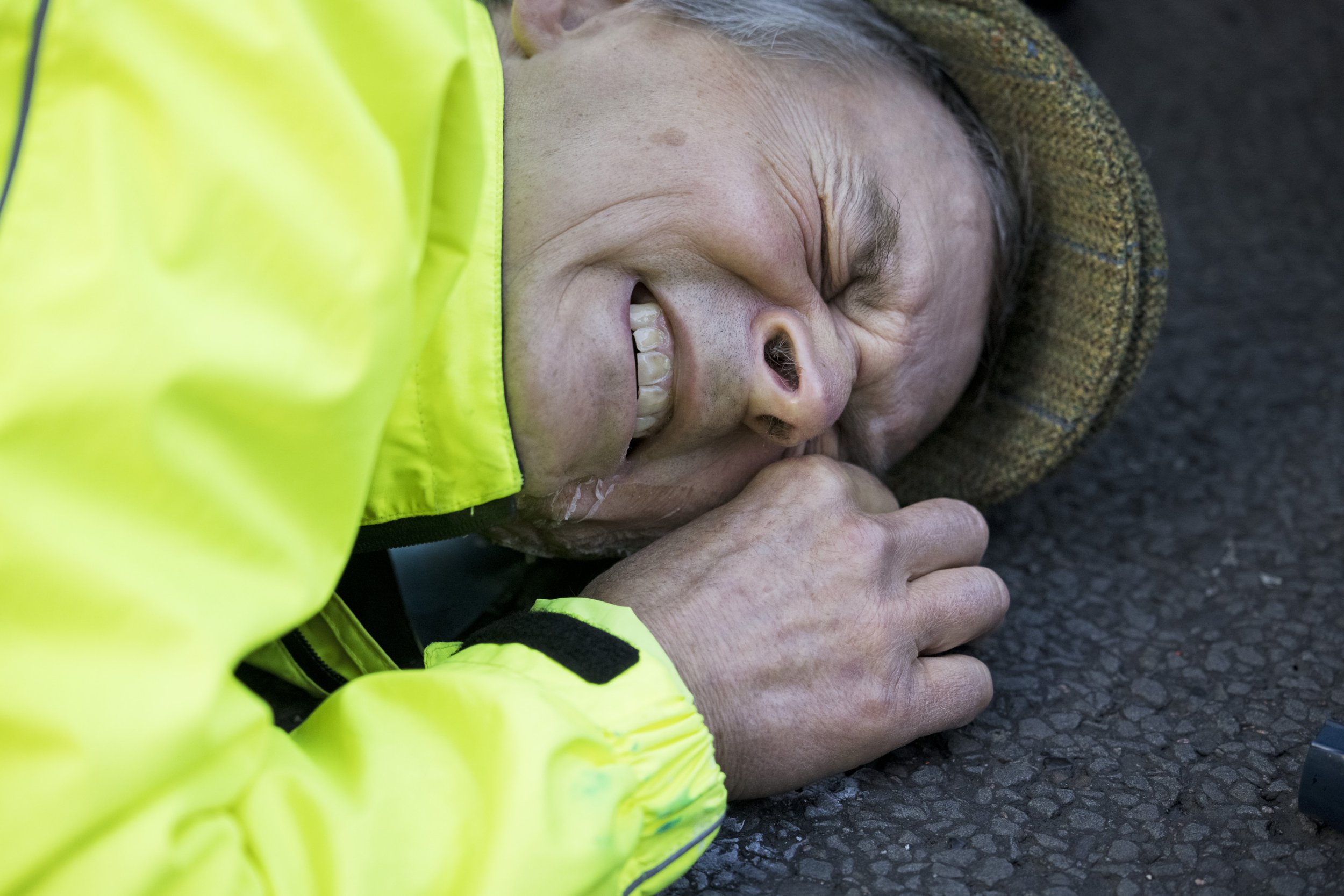 An eco-protester who wanted to take ‘extreme action’ to send a message admits he regrets gluing is face to the road in central London.

Matthew Tulley was one of 52 people arrested during yesterday’s Insulate Britain demonstration during rush hour.

He winced as his face was stuck to the road in the City of London, and admitted: ‘It wasn’t one of my better moves.’

The protest in the capital prompted the granting of a temporary nationwide injunction covering the ‘entire strategic road network’.

It means protesters who do continue to blockade the roads could face an unlimited fine or two years in prison for contempt of court.

Although previous High Court injunctions issued for key motorways such as the M25 have not been enough to deter all demonstrators.

Yesterday’s protest brought parts of the City of London and Canary Wharf to a standstill, as activists demanded all homes in the UK are properly insulated as a way of fighting climate change.

Speaking with his face glued to the road, Tulley told the Telegraph: ‘It was to make a statement that things are fairly critical, and so I was wanting to have an extreme action to reflect the extreme nature of the emergency that we’re facing.’

People had to use scissors to cut off his hair that remained stuck to the world. The protester added: ‘It wasn’t one of my better moves’.

Asked if he was worried if he would ‘snip himself’ while being cut free, he added: ‘Well you’ll find out if there’s blood coming out.’

Tulley runs South Yorkshire-based company Solid Carbon Storage and has admitted on the company’s YouTube channel to being a fan of Insulate Britain – an offshoot of Extinction Rebellion.

Yesterday’s demonstration marked the 14th time that the group had caused disruption on motorways or A roads in London over the past six weeks.

Insulate Britain warned last Friday that they would resume their road blockades this week.

More than 100 protesters have already been served with court papers in relation to these injunctions, the Department for Transport said.

On Friday, National Highways made nine applications to the High Court against protesters who had breached an existing injunction by blocking the M25, suggesting the orders are not acting as much of a deterrent.

‘Tonight this has been granted on a temp basis by the High Court. The long term solution lies in changes to the Police, Crime, Sentencing & Courts Bill, giving additional powers against disruptive protests which target critical national infrastructure.

‘This includes unlimited fines & prison sentences of up to 6 months for obstructing highways.’