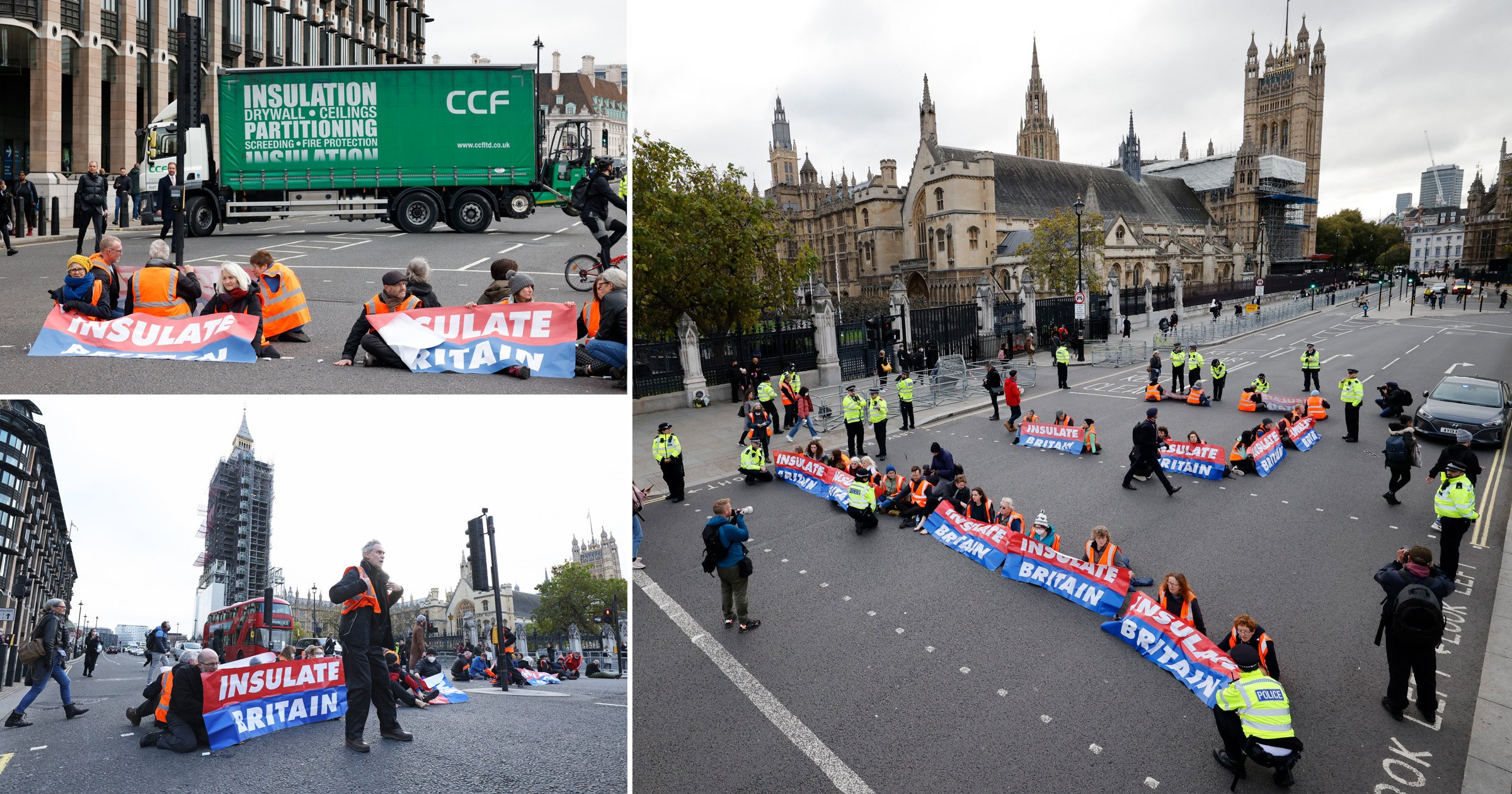 Insulate Britain protesters have brought Parliament Square to a standstill, with their latest demonstration blocking MPs from getting into the House of Commons.

The group were accused of ‘blocking democracy’ after more than 60 activists stopped traffic in Westminster, London, on Thursday morning.

Around 30 glued themselves to the ground.

Now into its eighth week of disrupting roads, Insulate Britain has continued to block motorists despite various attempts by the Government to deter the activism, notably with a series of injunctions.

Transport Secretary Grant Shapps said demonstrators were ‘preventing members from getting into the chamber which is completely unacceptable’.

He said: ‘When it gets to the point that protesting against climate change prevents members from this House getting here to hold ministers to account and be heard it is clearly counter-productive.

‘Contempt of court can lead to unlimited fines, and prison sentences. And we will be acting where the law has a gap in it through the Police and Crime Bill to resolve the gap that has led to this.’

The Commons heard that Conservative MPs Darren Henry and Adam Afriyie were unable to attend due to protests outside Parliament.

The Speaker of the House Sir Lindsay Hoyle said: ‘Once again these people are blocking democracy and the fact that people are actually talking about the same issues and being blocked from doing so is totally counterproductive.’

Activists blocked two roads near Parliament, with supporters of the group sitting in the carriageway and holding banners. 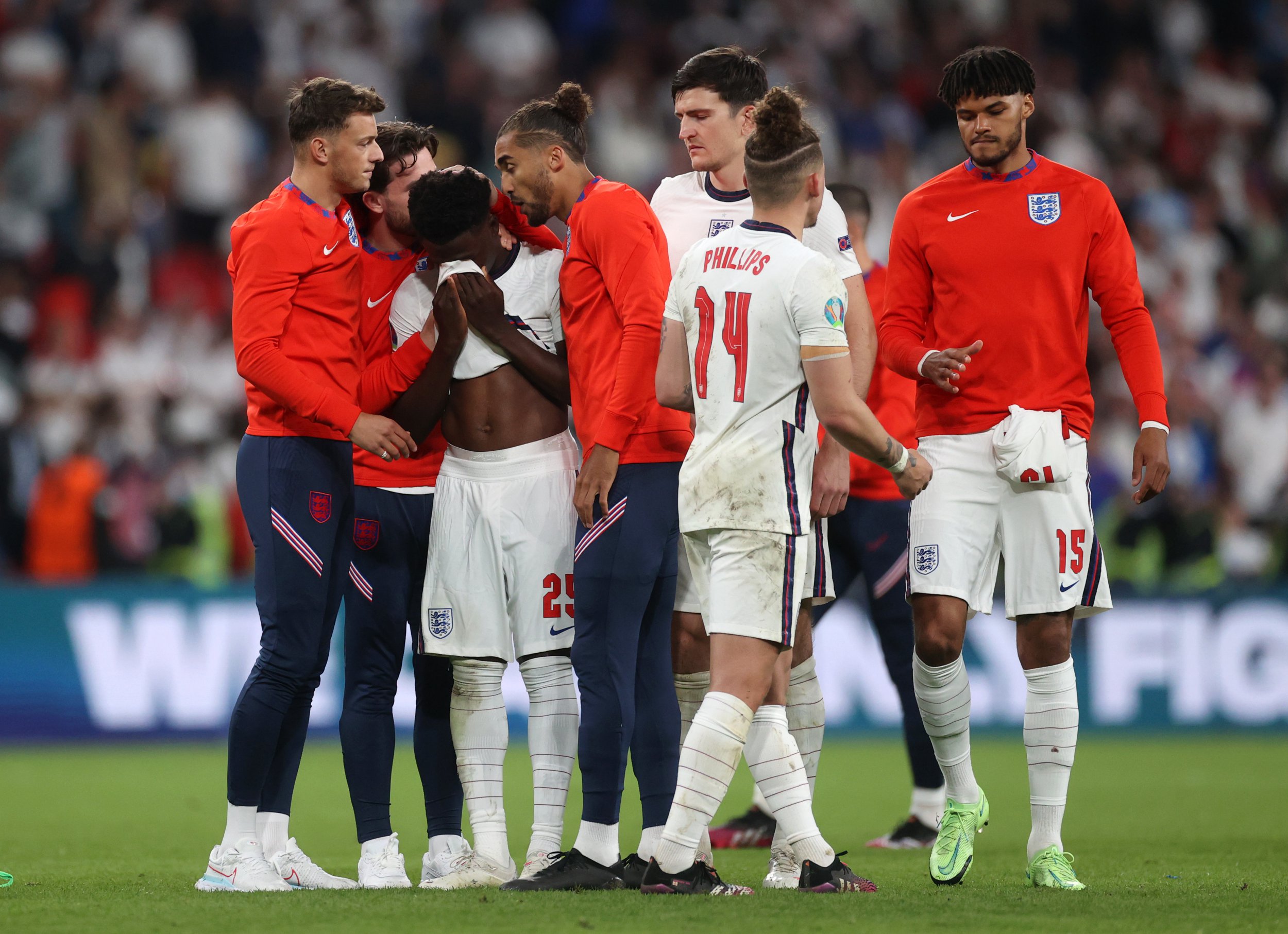 They were on the south east of Parliament Square, on Bridge Street, and at the Peers’ entrance to the Houses of Parliament.

On Tuesday – the 17th time the group had blocked roads as parts of its civil resistance campaign – demonstrators once again targeted the M25, but also expanded its demonstrations to include Manchester and Birmingham.

So far, 161 people have been involved in the roadblock campaign and there have been more than 800 arrests – meaning many have been arrested multiple times.

Activists want the government to do more on the climate crisis, and particularly to insulate buildings in the country, amid dire warnings from scientists about global warming.

But road users have been angered by numerous demonstrations, mainly around the M25, and Insulate Britain has faced criticism from across the political spectrum, including from the then leader of the Green Party.

The group had briefly paused its activism, but returned last week – despite the increasingly severe injunctions and fears that their actions are dangerous.

But Insulate Britain says the scale of the environmental emergency justifies their actions, with others pointing out that many groups who subsequently win praise are unpopular at the time, like the suffragettes.

In a statement, the group said on Thursday: ‘Insulate Britain has been one of the most successful campaigns in history.

‘Our name recognition went from zero to 77% of the public in three weeks, we have attracted enormous media interest and we have started thousands of conversations, in the press, on social media and in homes up and down the country.

‘Importantly, we have exposed the Government’s refusal to act on home insulation as cowardly and vindictive and their refusal to protect our country and our children from the climate crisis as genocidal and treasonous.’

Nine members of the group are due to appear at the High Court on November 16 after breaching a National Highways injunction.

Mr Shapps said 475 injunctions had been served to protesters at their homes for contempt of court, in relation to the protests.