Patrick O’Flynn, former MEP and columnist, posted on Twitter about England football players taking the knee before kick off during yesterday’s friendly against Romania. The BBC has no official stance on Black Lives Matter or taking the knee, but has been criticised by conservative commentators for not challenging what is seen as a “political’ gesture.

He said: “BBC should be covering the full breadth of arguments re public attitudes to knee-taking.


“In fact all they do is push the single line that those who disapprove are racists.


“An example of the why the licence is unsustainable.” 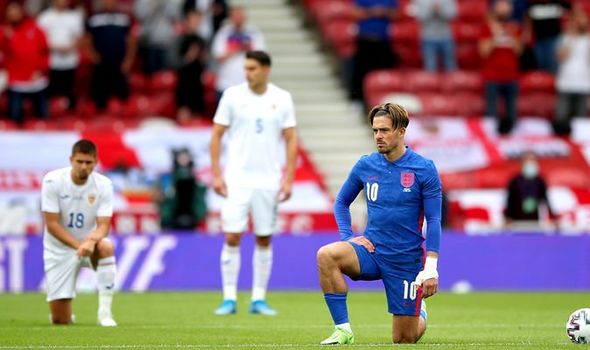 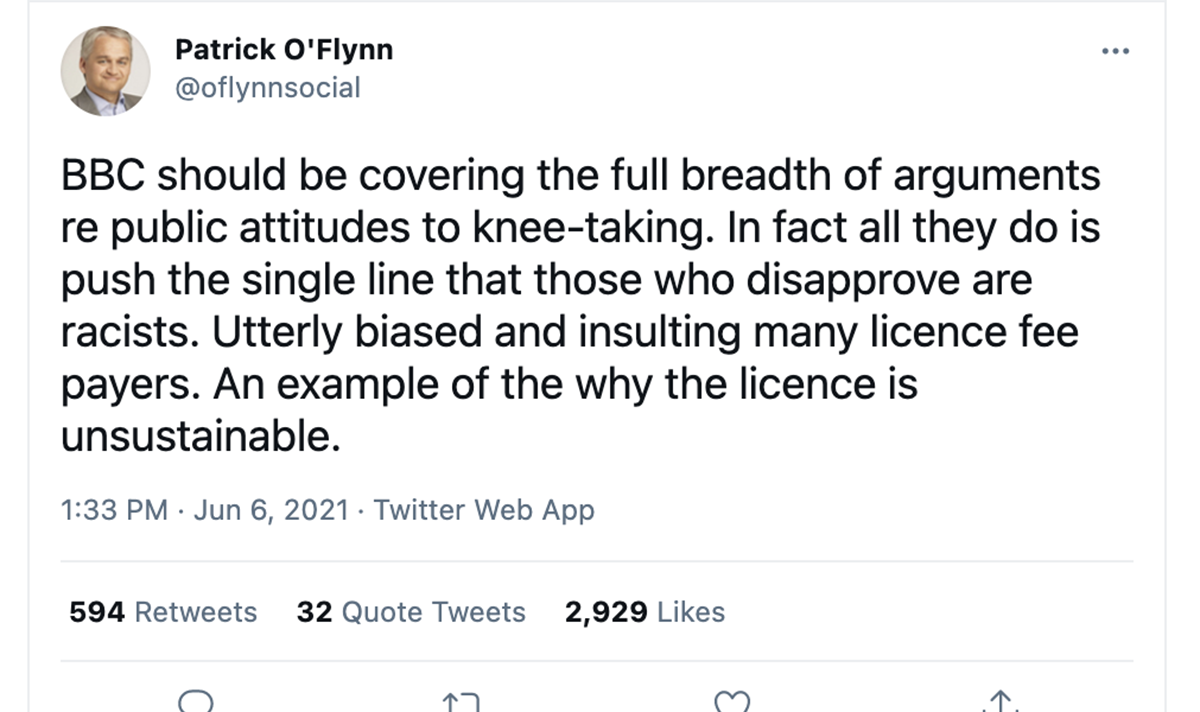 It comes after Tory MP Andrew Bridgen hit out at how England players can “take the knee” but are “not allowed to display poppies”.


He said on Twitter after England vs Austria: “This is the symbol of the divisive and Marxist BLM group.


“But players are not allowed to display poppies on their shirts in support of our veterans and those serving in our armed forces.


“And they wonder why the crowd voiced their protestations.”


Players are allowed to wear poppies, and the Premier League website states it is “proud to support The Royal British Legion since 2012″.


Taking the knee is also not exclusive to Black Lives Matter protests, and began after former NFL player Colin Kaepernick knelt during the US national anthem in 2016. 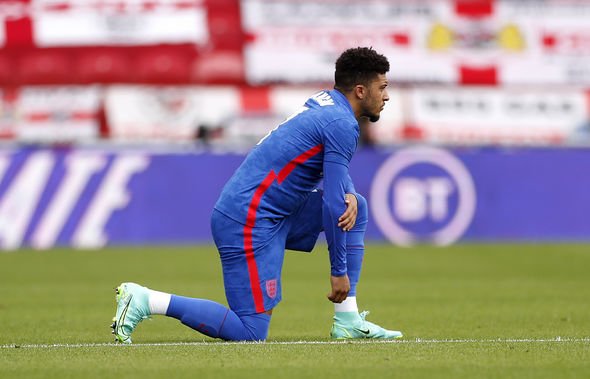 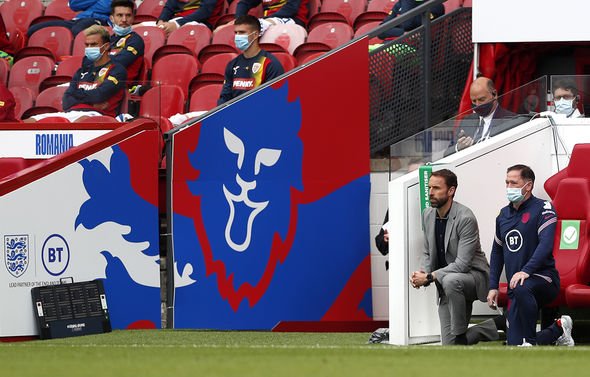 Gareth Southgate, England manager, said the team will continue using the gesture despite a small section of fans booing the players at both the Romania and Austria games.


He said after the match: “I think I sadly sort of expected what happened to happen.


“We’ve accepted that, as a group. It isn’t going to stop what we are doing and what we believe.


“It certainly isn’t going to stop my support for our players and our staff.