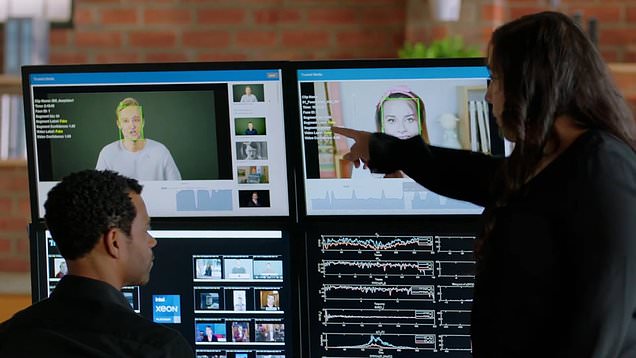 Intel has developed a technology that can successfully distinguish between real videos and deepfakes in real-time using skin analysis.

Its new technology, FakeCatcher, can detect fake videos with a 96% accuracy rate and is the ‘world’s first real-time deepfake detector’ to return results in milliseconds.

The FakeCatcher deepfake detector works by analysing ‘blood flow’ in video pixels to determine a video’s authenticity in milliseconds.

Most deep learning-based detectors look at raw data to try to find signs of inauthenticity and identify what is wrong with a video. In contrast, FakeCatcher looks for authentic clues in real videos, by assessing what makes us human, such as ‘blood flow’ in the pixels of a video.

When our hearts pump blood, our veins change colour. These blood flow signals are collected from all over the face and algorithms translate these signals into maps.

‘Then, using deep learning, we can instantly detect whether a video is real or fake,’ said Intel.

According to the company, up to 72 streams can be analysed at once using one of its 3rd Gen Xeon processors. However, these processors are a bit more heavy-duty than the CPUs found in our laptops and desktop PCs, and can cost up to around £4,000.

Deepfake videos are a growing threat, costing companies up to $188 billion in cybersecurity solutions, according to Gartner.

It’s also tough to detect these deepfake videos in real-time as detection apps require uploading videos for analysis, and then waiting hours for results.

The disinformation can be used to make events that never happened appear real, place people in certain situations they were never in or be used to depict people saying things they never said.

Primarily, deepfakes can be responsible for diminished trust in media.

In April, Ukraine had accused Russia of preparing to launch a ‘deepfake’ of President Volodymr Zelensky surrendering.

FakeCatcher can help in restoring trust by enabling users to distinguish between real and fake content.

The technology can also be used by news organizations to avoid inadvertently amplifying manipulated videos. Nonprofit organizations could employ the platform to democratize the detection of deepfakes for everyone.