In many ways Jo Stubbs seems an ordinary 30-year-old. She works in customer services, lives with her three-year-old daughter and cats in Nottingham, and comes across as reassuringly competent and warm.

She is also a paedophile hunter.

Along with thousands of others, Jo devotes her free time to catching suspected sex offenders online.

Her tightly organised, volunteer-run team pose as children in internet chatrooms and wait to be propositioned and groomed by men seeking sex.

Her job is to oversee a team of decoys, who chat with up to seven men at a time using fake profiles, keeping careful record of lewd interactions, researching the suspects and deciding when to take action.

She identifies the alleged would-be offender in the real world, and eventually confronts them with their messages to the child. Then, she and her team wait with them until the police show up. 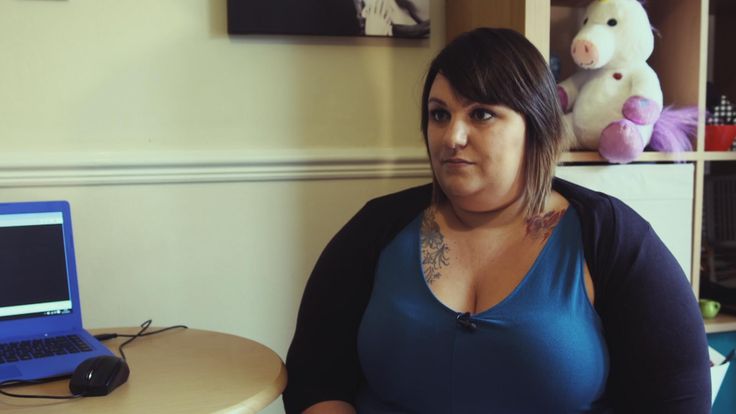 Her colleague, “Kong”, who also heads a team, describes the paedophile hunting operation as close-knit and supportive; a family. He says he works seven days a week, up to 17 hours a day to track down predators, as well as looking after his two children.

In the 14 months he’s been a paedophile hunter he says he’s been on hundreds of operations and his work has led to 35 convictions, with sentences ranging from community service to years in prison.

All the paedophile hunters Sky News spoke to are deeply passionate about their mission – and many have deeply personal reasons for being drawn to it.

Jo first got involved in paedophile hunting after graphic images of children, believed to have been downloaded by a friend’s former partner, were found on a shared laptop. She feels the police didn’t adequately deal with the situation: they did not charge the suspect, and allowed the partner unsupervised access to his child.

Another colleague, who goes by the name of Vin Hunter, was compelled to pursue suspected perpetrators after a friend’s relative was groomed online. 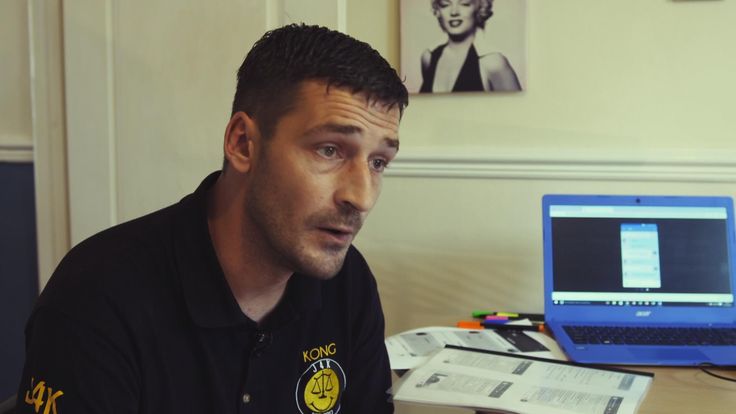 Kong’s reason for joining is connected to his own experience of abuse.

At the age of 11, he was placed in a council-run bed and breakfast. There, he was befriended, isolated, and abused by a long-term resident who lived on the top floor.

When he was 16, Kong tried to track down his abuser, but did not find him. He believes that if he had it would have destroyed his own life.

“Abuse can send people down the path of destruction,” he said. “It can transform them into something they never dreamed of becoming.”

Now Kong sees paedophile hunting as a means to an end, and it isolates him from his feelings.”I saw it as a way of intercepting offenders who would go on to harm children,” he says.

The amount of time and energy Kong puts into his work is obvious in his face. This month he was hospitalised with an abscess and had to have surgery, but only took time off when his staff demanded he take a break.

The difficulty, however, only seems to intensify his focus. “My determination is never going to go,” he says.

Some of those who have been identified by paedophile hunter groups, however, tell a different story.

Michael – who was set up by a group unrelated to “Kong” and Jo – is one of them.

While he wasn’t openly gay, he had been using a gay hookup app for years, sometimes meeting men and often chatting with them, without any issues.

He says he had been chatting with a guy for a while, and quickly blocked him when he realised he was 15 years old.

After those initial advances were refused, however, Michael said the boy contacted him again. Although he tried to block him, the supposed 15-year-old was persistent, sending messages and photographs. Often, he said, the information was contradictory and confusing, the photos apparently of different people and purporting to be from different places.

“I became very suspicious and believed that somebody was trying to stitch me up,” Michael says.

“I believed this was somebody that I knew who was trying to expose me as a gay person.”

Eventually, however, Michael agreed to a meeting – in a busy supermarket car park, at 5pm. “I wanted to know who it was that was trying to stitch me up,” he said.

He waited for the supposed meet, but when the person didn’t turn up he decided to leave. It was then that he was stopped by police.

“I was arrested for sexual grooming of somebody under the age of 16. I spent the night in a cell,” he said. “It was terrible, like my whole world had fallen apart. Which it had.”

Initially Michael pleaded not guilty, with his lawyer advising that the paedophile hunter activity constituted entrapment.

But he later changed his plea. If he was found guilty after pleading innocent he could have gone to prison. He said he was terrified.

“I felt really terrible about admitting to an offence that I hadn’t actually committed,” he said. “I wasn’t talking to a 15 year old.”

He was given a suspended custodial sentence, community service, and was placed on the sex offenders register. That, he said, was probably the worst punishment – other than the case being made public by the people who had set him up.

After his arrest and first court appearance, they began posting about Michael on social media – revealing his identity, posting pictures of his family, and pledging to take further action. The photographs of people close to him included one of a child. Local people responded with messages of outrage and hate: Wishing Michael dead and promising that he’d never walk again.

“My life from that point was just hell,” he says. “I didn’t feel safe at home, I couldn’t leave the house. Everywhere I went I felt like I was being followed. I was driving 25 miles to buy a pint of milk.”

So how does Michael feel about the groups who make it their mission to shame people they brand paedophiles?

“I have mixed emotions. They claim that they are doing a good thing and they work with local police forces,” he says.

“But in my opinion they’re not actually catching paedophiles. They’re actually using apps and targeting gay men to set them up as paedophiles.” 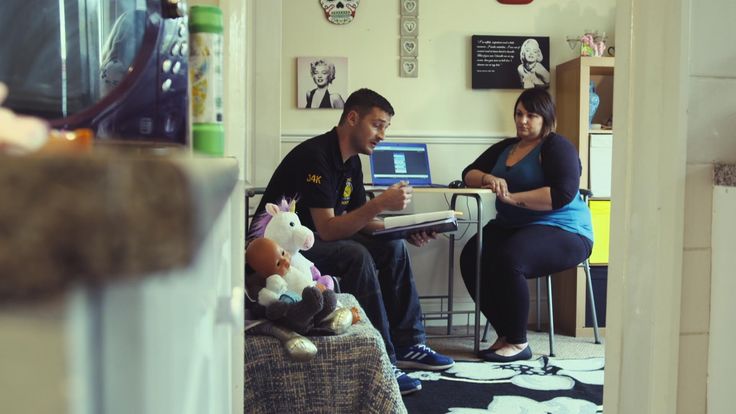 Kong and Jo’s hunting teams were not connected to Michael’s case, and they insist that their work is very different from vigilante-style public shamings or entrapment.

They say their decoys – adults posing as children – must never message men first, or make sexual suggestions. Instead they are trained to wait for the suspects to make their own implicating moves.

And they now hope to extend their paedophile hunting operation with a federation of what they say are responsible teams, connected by shared ethics, rules and values.

“My determination is to carry this forward and evolve this into an organisation,” Kong says. “Once all the teams come together on the same platform and with the same understanding and working practices we know although they are not our team, they’re almost copy of our team.”

He says they have evolved as an organisation in the last 12 months – taking on criticism over incidents in which they’ve confronted suspects at their address, for example.

He is also convinced of the need for the work he is doing. Both Jo and Kong say one decoy account can attract hundreds of propositions from men, and that the increase in children having access to their own devices is making the situation an epidemic.

“If this was likened to an illness it would be a national emergency,” Kong says.