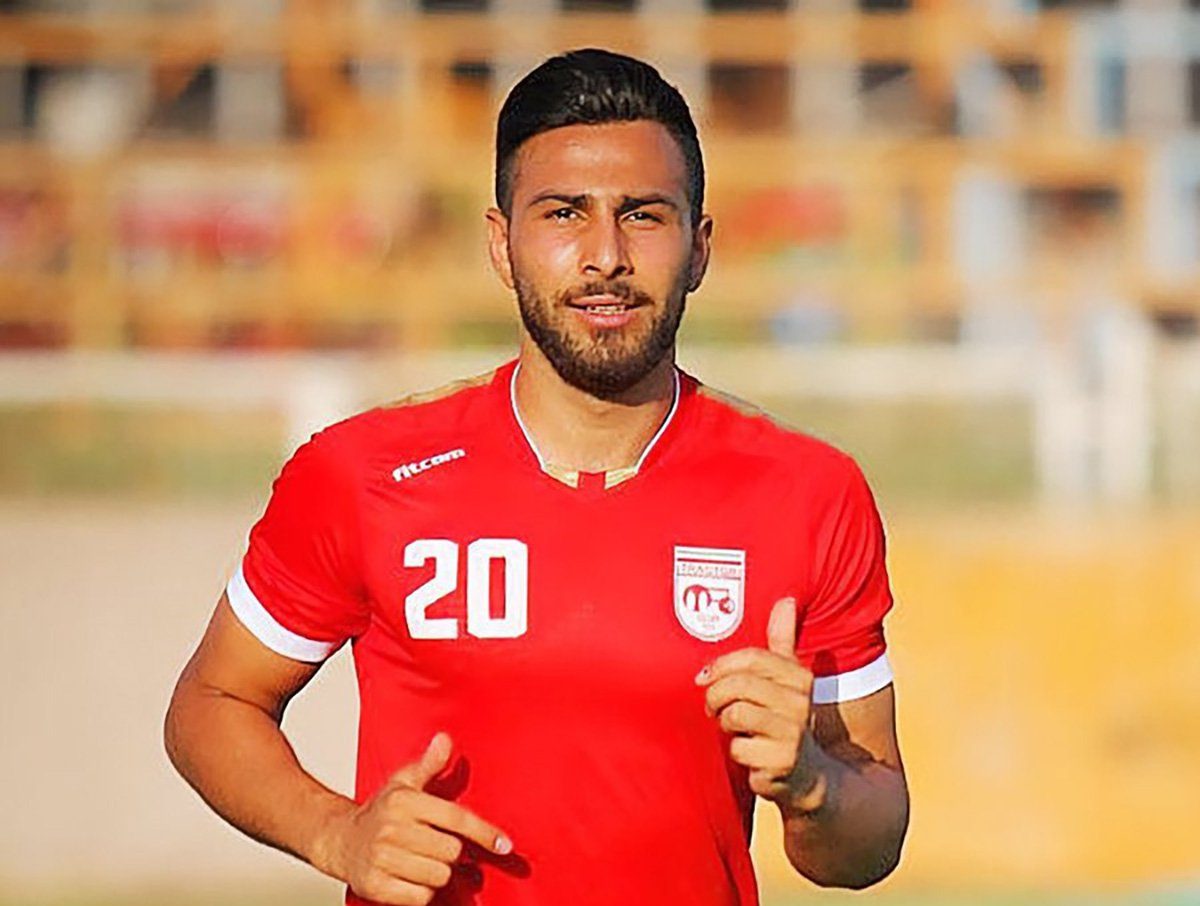 The global football players’ union said it is ‘shocked and sickened’ by reports an Iranian professional faces execution after fighting for women’s rights.

A member of the Islamic Revolutionary Guards Corps, Colonel Esmaeil Cheraghi, and two other soldiers were killed during protests in Iran on November 17.

Widespread anti-government protests have taken place following the death of Mahsa Amini, 22, in custody in September after she was arrested for ‘wearing her hijab improperly’.

Footballer Amir Nasr-Azadani, 26, appeared on television alongside two other men appearing to ‘confess’ to the murders of the soldiers, and has since been sentenced to death.

A witness told local media IranWire the player had been spotted at the protests, but was nowhere near the area where the deaths took place, and he only took part in chanting slogans for a little while before leaving.

Fifpro, which represents 65,000 players worldwide, tweeted last night: ‘Fifpro is shocked and sickened by reports that professional footballer Amir Nasr-Azadani faces execution in Iran after campaigning for women’s rights and basic freedom in his country.

‘We stand in solidarity with Amir and call for the immediate removal of his punishment.’

Several former and current footballers in Iran have called for the release of Mr Nasr-Azadani, who formerly played for sides Rah-Ahan, Tractor and Gol-e Rayhan.

But those who represented Iran at the 2022 World Cup in Qatar have so far not spoken out.

It is also reported both Mr Nasr-Azadani’s lawyer’s and family have been threatened not to speak out, with the hope their silence will lead to a reduced sentence.

The footballer was convicted of a crime the Islamic Republic judicial system calls ‘moharebeh’, which means ‘waging war against God’.

Iran has now publicly executed two other prisoners who were detained during the protests on the same day – Majidreza Rahnavard and Mohsen Shekari.

Rahnavard was publicly hanged in a gruesome warning to others who defy the government.

He was handed the death penalty for allegedly stabbing two volunteer members of the paramilitary over the killing of protesters by security forces.

At least 488 people have been killed since the demonstrations began in September, according to human rights groups, with 18,200 detained by authorities.

Activists say at least 12 people have been sentenced to death in hearings behind closed doors.

The Iranian national football team took a stand in their World Cup match against England – leaving the Qatar stadium in tears as every player remained silent through their own national anthem.

Bayer Leverkusen striker Sardar Azmoun posted on Instagram: ‘At worst I’ll be dismissed from the national team. No problem. I’d sacrifice that for one hair on the heads of Iranian women.

‘This story will not be deleted. They can do whatever they want. Shame on you for killing so easily; long live Iranian women.’