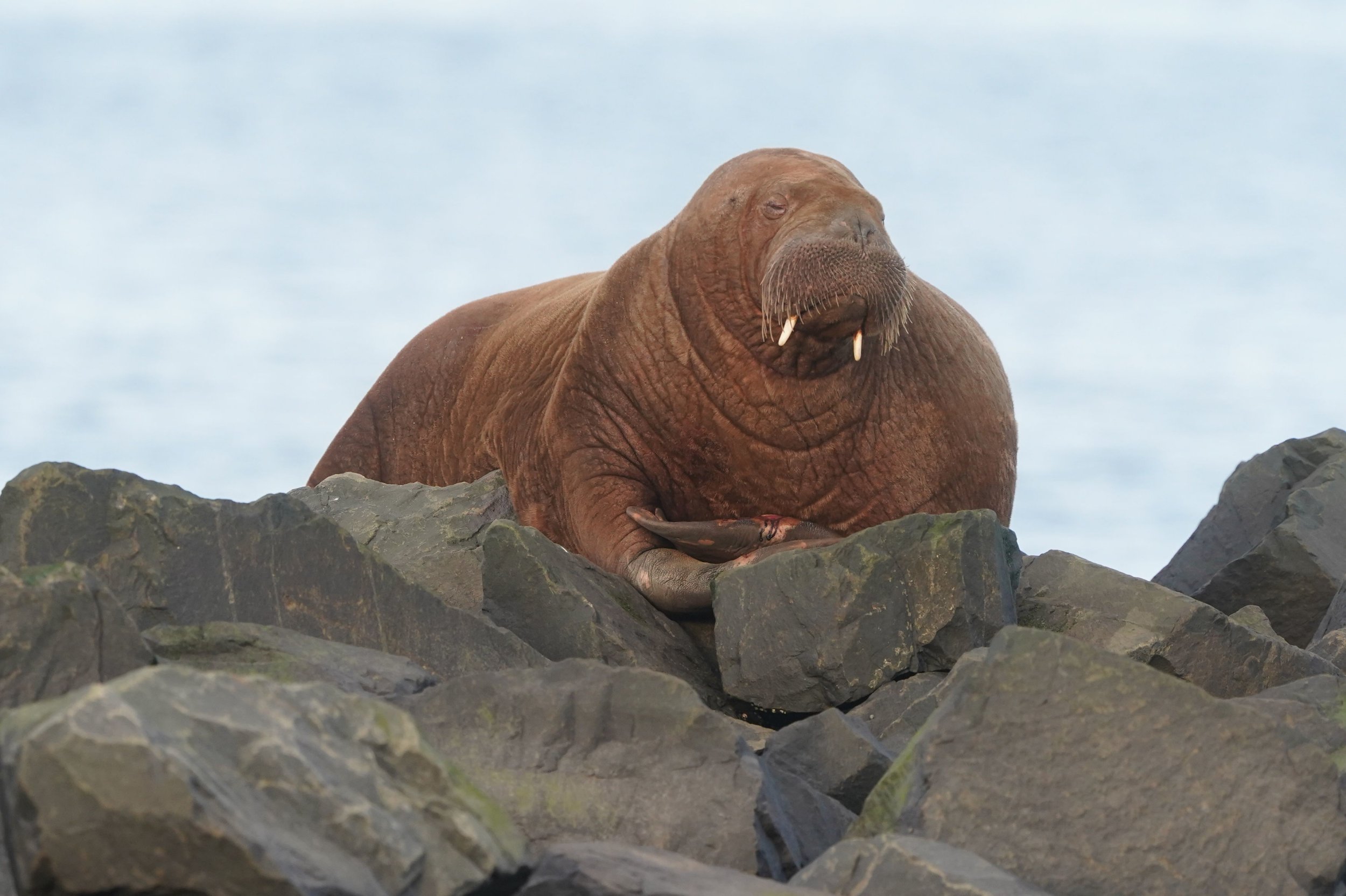 A walrus the size of a fridge was spotted ‘chilling’ on the Northumberland coast this morning – but is it Wally?

The wandering walrus has ventured from the North Atlantic ocean to Ireland, Wales, Cornwall, France and the Isles of Scilly.

He was last seen in Iceland in September when marine experts identified his scars on his front flippers.

The 800kg titan has proven to be a bit of a vandal – causing thousands of pounds worth of damage to boats across the UK.

While stopping off in the Welsh town of Pembrokeshire in March, he capsized a dinghy as he tried to flop aboard.

If this latest walrus spotted by tourists in Seahouses Harbour is Wally, then boaters and paddleboarders should give him a wide berth.

Andrew Douglas, 49, who owns a Boat Tour company, said he’s never seen a walrus in the area before.

He said: ‘All of our staff are gobsmacked – it’s absolutely amazing.

‘It’s still chilling there now, not giving a monkeys.’

Experts have warned people to stay away, with a spokesperson for Cornwall Seal Group Research Trust issuing advice.

They said: ‘All boats owners and water users have been asked to give the walrus space and refrain from actively moving towards him, but the temptation has proved too strong for many.

‘The walrus is a highly protected species and disturbance of this nature is a criminal offence. Even a lift of the head means his rest has been interrupted. Please stay away from him.’

It’s believed Wally initially came across the Atlantic from Greenland on an ice floe.

Using an animal dart would not work on Wally, since for an animal his size, the drug would take too long to take effect he would be off into the water and likely die.

Previous attempts at re-locating other mobile marine species have proved that this option does not work, as relocated animals simply swim the long distances back to where they want to be.