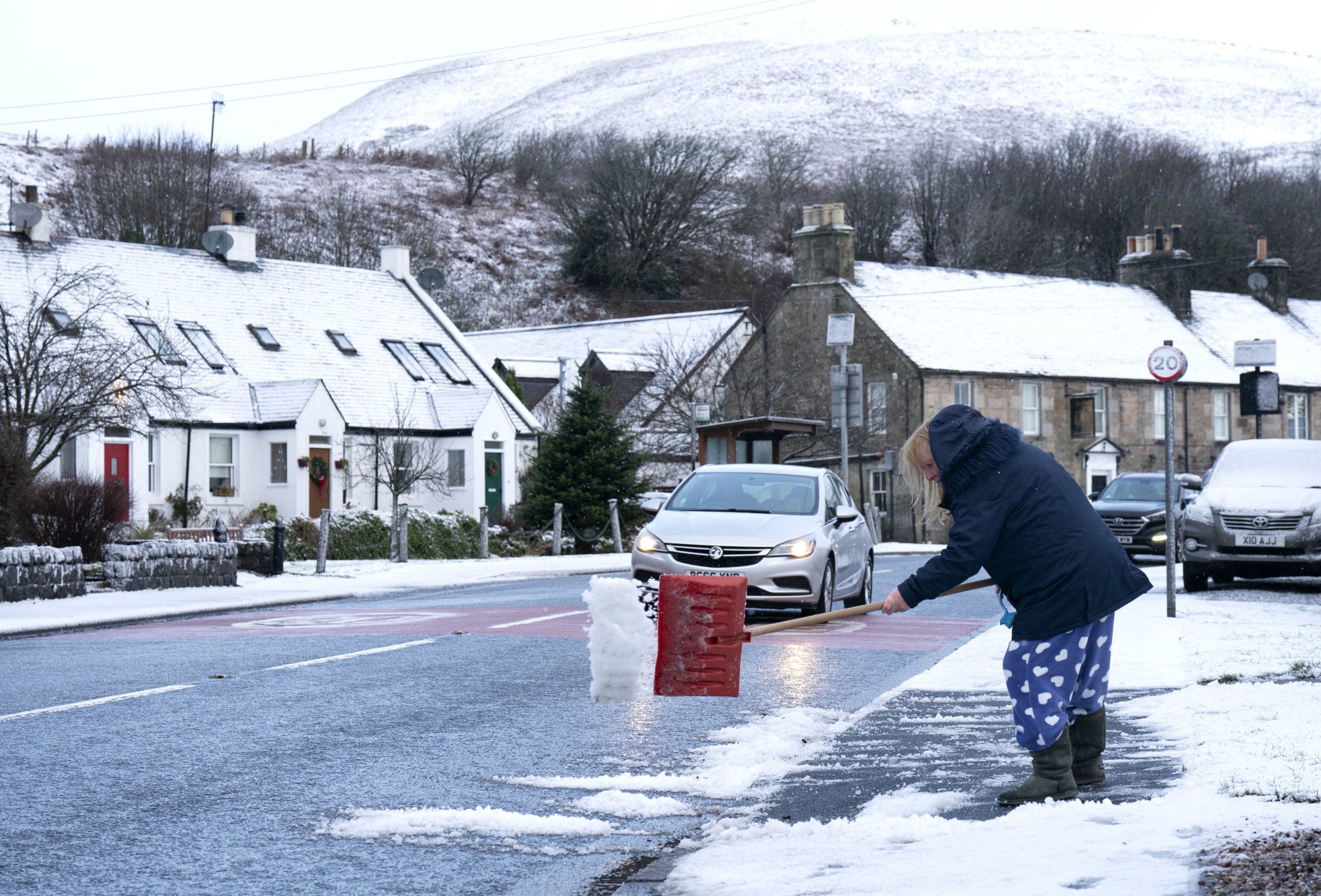 Yesterday was a ‘technical’ white Christmas – but you’d be forgiven for not having noticed.

Some snow did fall in parts of Scotland and Northern Ireland, with the Met Office recording some at five different locations.

Edinburgh was the largest city to see a bit of snow but nowhere saw anything like the levels earlier this month.

Forecasters said it was too mild for widespread snow, with much of what did fall closer to sleet.

Met Office meteorologist Tom Morgan said: ‘Officially it was a white Christmas but, of course, a lot of people think of those perfect deep-snow Christmas card scenes and actually we didn’t really see any snow settle at lower levels yesterday.

‘What we define a white Christmas as is just a few snowflakes falling, even if it’s mixed with rain, so it’s a technical white Christmas but, for most places, particularly in England and Wales, it was too mild.’

Across the Irish Sea, snow fell in Glennane, County Armagh, and at Lough Fea in Derry/Londonderry.

There was more snow in the early hours but it came too late for Christmas day.

Mr Morgan added: ‘We’ve got snow on the ground across Cumbria, quite widely across Scotland this morning, even at lower levels.

‘If the colder air had been a little bit earlier to arrive then it would have been a white Christmas, but it’s certainly a white Boxing Day for some of us.’

However, forecasters have to go back to 2010 to find a December 25 where people would remember waking up to snow on the ground.

On Christmas Day, the Met Office recorded a high of 12.7C in Chertsey, Surrey, while Loch Glascarnoch recorded the lowest temperature of 2.7C.