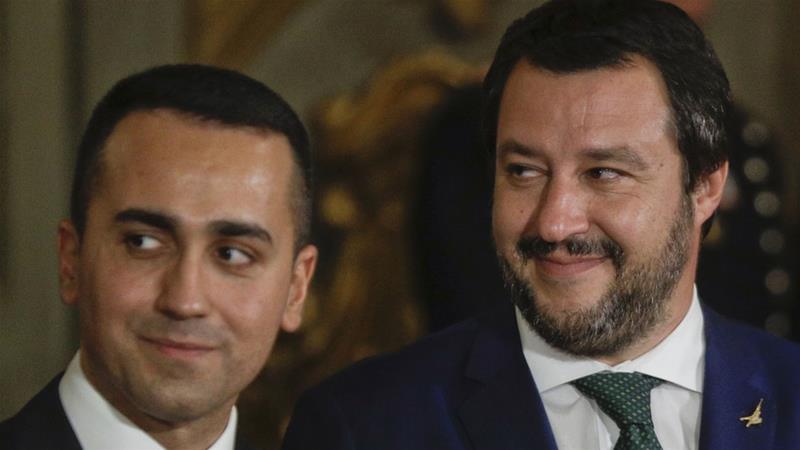 Members of Italy’s ruling Five Star Movement are voting online on Monday to decide whether to block a possible kidnapping trial against Interior Minister Matteo Salvini, a coalition ally and leader of the right-wing League party.

In line with the party’s populist approach of letting members directly vote on important political issues, deputy prime minister and leader of the populist movement, Luigi di Maio, set up a vote on the party’s internet platform ‘Rousseau’.

The digital vote comes after a request by a group of Sicilian judges for the Senate’s permission to pursue an investigation of Salvini on alleged abuse of power and kidnapping.

The judges’ request dates back to Salvini’s refusal to welcome about 150 migrants into Italy, leaving them stranded at sea on board a rescue vessel for five days in August.

The result of the online vote will dictate how the Five Star movement’s senators will vote on Tuesday in a committee that could block the Sicilian probe.

While Salvini asked the Senate to reject the Sicilian prosecutors’ request for a trial, the Five Star movement faces an ethical dilemma. On the one hand, the party builds its support on a clean judicial image and has always attacked legislators who used parliamentary privilege to avoid trials.

On the other hand, allowing the investigation and possible trial against Salvini to continue could put the government at risk of collapse, state news agency Ansa reported on Sunday, citing sources within the Five Star Movement.

The query put to party members on the blog reads: “Was the delay in the disembarkation of the Diciotti in order to redistribute the migrants in various European countries done in order to protect the interests of the state?”

A “yes” vote will deny prosecutors authorisation to launch the probe, while a “no” vote will allow them to.

The confusing way the query was posed to voters prompted criticism among the party’s opposition as well as its supporters.

Founder of the Five Star Movement Beppe Grillo, who sits on the bench of the party since Luigi di Maio became leader, commented sarcastically on the party’s approach.

Conte wrote in a letter deposited in the Senate that the decision to block the migrants was taken collectively.

On Sunday, speaking to supporters in Sardinia, Salvini brushed off concern about the online ballot: “What I did, I did to defend the safety of citizens and, if necessary, I’d do it again,” he said.