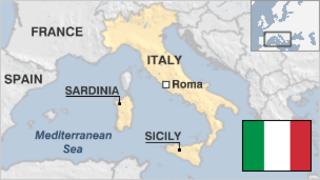 Take the art works of Botticelli, Leonardo da Vinci, Michelangelo, Tintoretto and Caravaggio, the operas of Verdi and Puccini, the cinema of Federico Fellini, add the architecture of Venice, Florence and Rome and you have just a fraction of Italy’s treasures from over the centuries.

While the country is renowned for these and other delights, it is also notorious for its precarious political life and has had several dozen governments since the end of the Second World War.

The Italian political landscape underwent a seismic shift in the early 1990s when the “mani pulite” (“clean hands”) operation exposed corruption at the highest levels of politics and big business. Several former prime ministers were implicated and thousands of businessmen and politicians were investigated.

There were high hopes at the time that the “mani pulite” scandal would give rise to a radical reform of Italian political culture, but these hopes were dashed when the old structures were replaced by a new political landscape dominated by the multi-millionaire businessman Silvio Berlusconi, who himself became increasingly mired in scandals and corruption affairs.

Sergio Mattarella, a constitutional court judge and veteran centre-left politician, was elected president by parliament in 2015 to succeed Giorgio Napolitano, who stepped down due to old age.

He was little known among the general public but is a respected figure in political circles after a 25-year parliamentary career and several stints as minister in governments of the left and right.

Giuseppe Conte was sworn in in June 2018 as prime minister of Western Europe’s first anti-establishment government whose aim is to cut taxes, boost welfare spending and overhaul European Union rules on budgets and immigration.

Mr Conte, a law professor, is the choice of the far-right League and the radical 5-Star Movement which formed a governing coalition, ending three months of political deadlock following inconclusive elections.

Italy’s heady blend of politics and media has often made headlines at home and abroad, with concern regularly being expressed over the concentration of media ownership in the hands of one man – former prime minister Silvio Berlusconi.

Mr Berlusconi’s Mediaset empire operates Italy’s top private TV stations, and the public broadcaster, Rai, has traditionally been subject to political influence, so that when Mr Berlusconi was prime minister, he was able to exert tight control over both public and private broadcasting.

Between them, Rai and Mediaset dominate Italy’s TV market and are a potentially powerful political tool, especially as 80% of the population is said to rely on television for its daily news – the highest percentage in the EU.

1915 – Italy enters First World War on the side of the Allies.

1940-45: Italy fights in Second World War on German side. Invaded by the Allies in 1943, signs armistice. Mussolini captured and executed by Italian partisans as the war ends.

1951 – Italy joins European Coal and Steel Community, the forerunner of the European Community.