The Louise Michel issued a distress call after rescuing more than 200 people over two days in the Mediterranean. 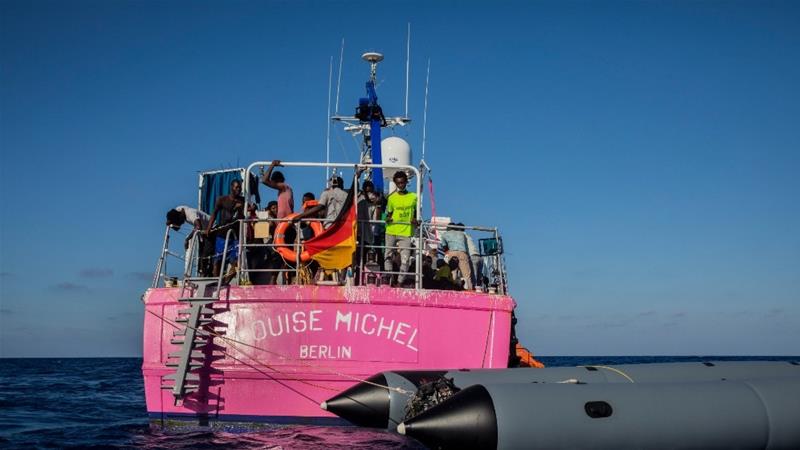 The Italian coastguard has picked up 49 vulnerable people from a charity rescue boat in the Mediterranean Sea after the humanitarian vessel sent out a distress call.

The Louise Michel, which is funded by the British street artist Banksy, had issued the call late on Friday, saying its seaworthiness was compromised after rescuing 219 people across two days.

“There is already one dead person on the boat. We need immediate assistance,” the Louise Michel crew had written on Twitter, saying other migrants had fuel burns and had been at sea for days. It also said European rescue agencies had so far ignored its distress calls.

On Saturday, an Italian coastguard patrol boat was launched from Lampedusa island and took on board the people most in need of aid, many of them women and children.

“In view of the danger the situation posed, the coastguards sent a patrol boat from Lampedusa … which took on board the 49 people in the most fragile condition – 32 women, 13 children and four men,” the coastguard said in a statement.

Earlier in the day, the United Nations’ refugee agency and the International Organization of Migration urged European nations to let in hundreds of people rescued in the Mediterranean Sea by humanitarian boats, including Louise Michel. 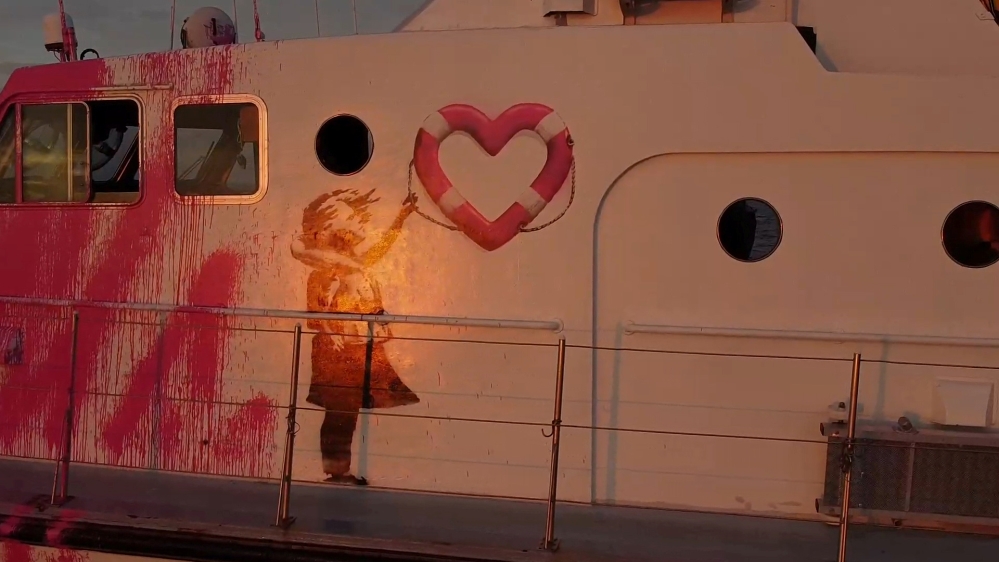 The Sea-Watch 4 vessel, which has rescued 201 people and is itself in search of a host port, also decided to help the Louise Michel “in the face of the lack of reaction” from the authorities, a spokesman for the German NGO Sea-Watch, which charters the boat with Doctors Without Borders (Medecins Sans Frontieres, or MSF), told the AFP news agency.

The Italian left-wing collective Mediterranea, meanwhile, announced it would send the ship Mare Ionio from the port of Augusta in Sicily to assist.

Banksy’s decision to fund the high-speed Louise Michel boat follows a body of work by the artist that has levelled scathing judgements on Europe’s halting response to the migrant crisis.

Early this month, humanitarian organisations said they would resume migrant rescues in the Mediterranean Sea, where none has operated since the Ocean Viking docked in Italy in early July.

Before the Ocean Viking’s last mission, rescue operations in the Mediterranean had been suspended for months due to the coronavirus pandemic.

Thousands of people have died in recent years making the dangerous trip across the Mediterranean to flee conflict, repression and poverty in Africa and the Middle East.