Berlusconi was convicted of tax fraud in 2013, triggering a bar on holding any elected position for six years. 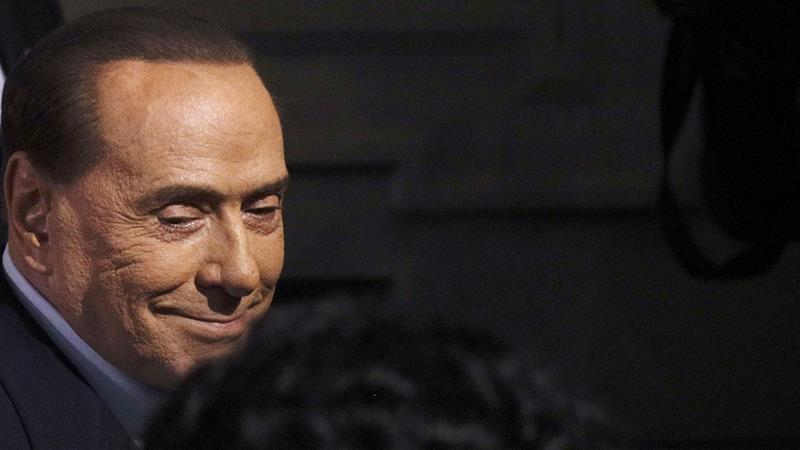 An Italian tribunal has lifted a ban on veteran centre-right leader Silvio Berlusconi that had prevented him from holding public office, meaning he could run to be prime minister in the next national election.

However, the decision might have come just too late for the 81-year-old four-time premier, who only three days ago gave his blessing to his political ally the League to form a government without him in the wake of a disappointing election result.

Berlusconi was convicted of tax fraud in 2013, triggering his expulsion from the upper house of parliament and a bar on holding any elected position for six years.

However, in a decision made public on Saturday, a court in the northern city of Milan, which oversees the application of sentences, ruled that the bar could be lifted a year early for “good conduct”.

“Berlusconi can once again be a candidate.”

Berlusconi campaigned actively ahead of a March 4 national election, even though he was not a candidate. But Forza Italia did not perform as well as he expected, slipping behind the League to lose its top spot in the centre-right bloc.

Berlusconi blamed the poor showing on the fact that voters knew he could not be prime minister.

Neither side won enough seats to govern alone, and efforts to put together a coalition were complicated by 5-Star’s refusal to work with Forza Italia, saying Berlusconi symbolised political corruption in Italy.

After more than nine weeks of stalemate, and with fresh elections looking increasingly likely, Berlusconi on Wednesday finally gave his blessing to the League to seek a coalition deal without Forza Italia.

Negotiations between the League and 5-Star are continuing, with President Sergio Mattarella giving them until Monday to strike an accord. Both parties say that if they fail to agree on terms, the only solution would be a revote, perhaps in July.

A political source, who declined to be named, said the fact Berlusconi was now free to run might make him less amenable to a League/5-Star government and that he could work to make life difficult for it in parliament, should it take office.

The billionaire media tycoon was written off after he quit as prime minister in 2011 amid a sex scandal involving his “bunga bunga” parties, while Italian bond yields surged to unsustainable levels at the height of the eurozone debt crisis.

However, he has fought hard to remain politically relevant.

Last year he appealed to the European Court of Human Rights to overturn the ban on holding public office. A verdict is still awaited, but the Milan ruling makes it irrelevant.